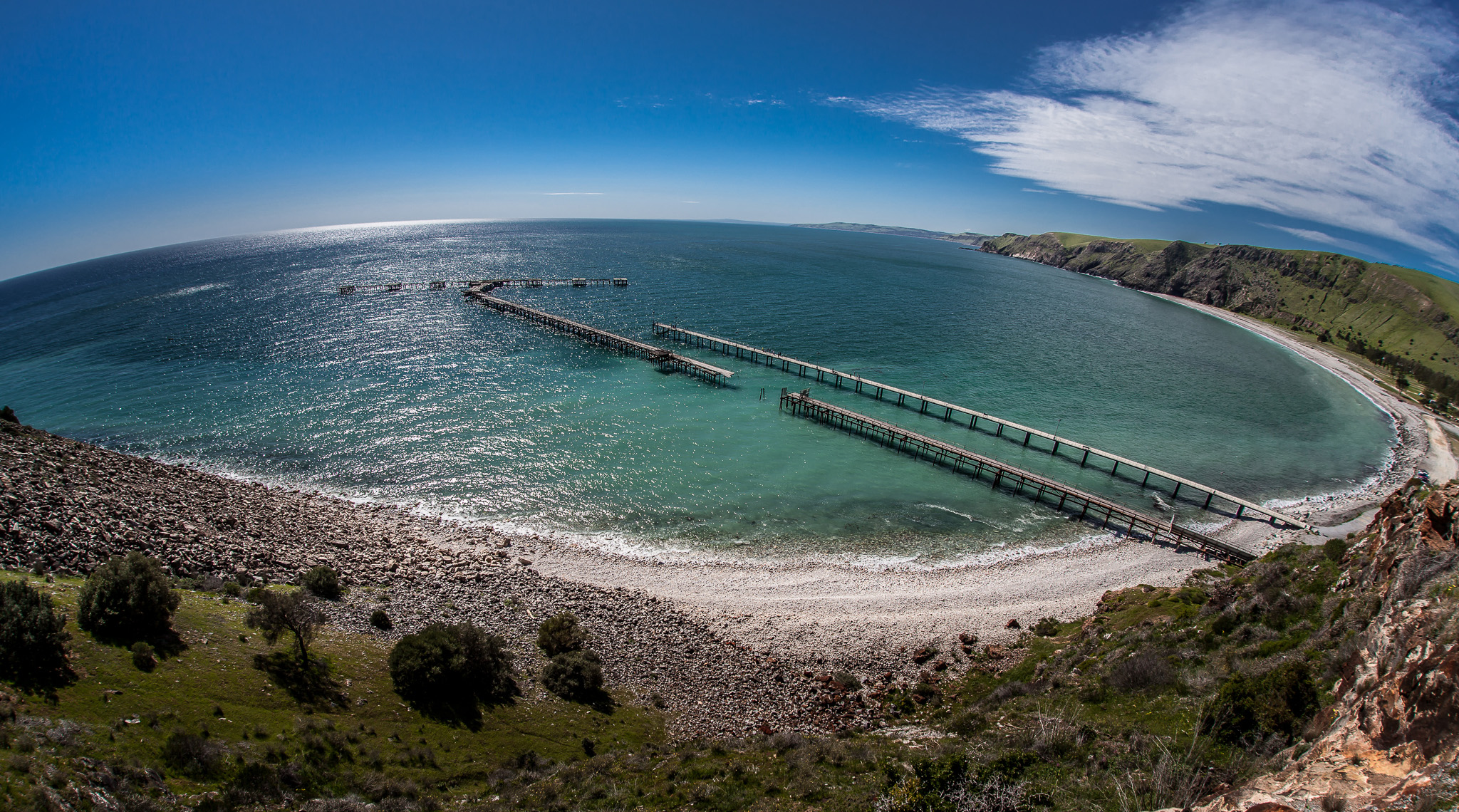 The first time I ever dived Rapid Bay Jetty I was blown away with the diverse and prolific sea life here.

Even today this place remains in my top 5 South Australian jetty dives. Well perhaps not today as all you can see is green milk! The milky green water is due to gypsum crystals stirred up from the sea floor due to a long northerly fetch and corresponding northerly swell. The gypsum is from loading spill over the many years the jetty was an operational loading and shipping facility for the local gypsum quarries. Today all the quarried gypsum is trucked out and as can be seen here the old jetty, no longer accessible, is being reclaimed by the sea. The new jetty built parallel and to the east of the old one is now both a recreational fishing drawcard and our normal means to access the diving site of the old jetty.

With a north facing aspect Rapid Bay Jetty can be dived in nearly all weather conditions except a prolong period of northerly winds. No point in diving today, with less than 1m visibility and a strong surge there was little chance of capturing anything visible underwater so we resorted to topside photography only.