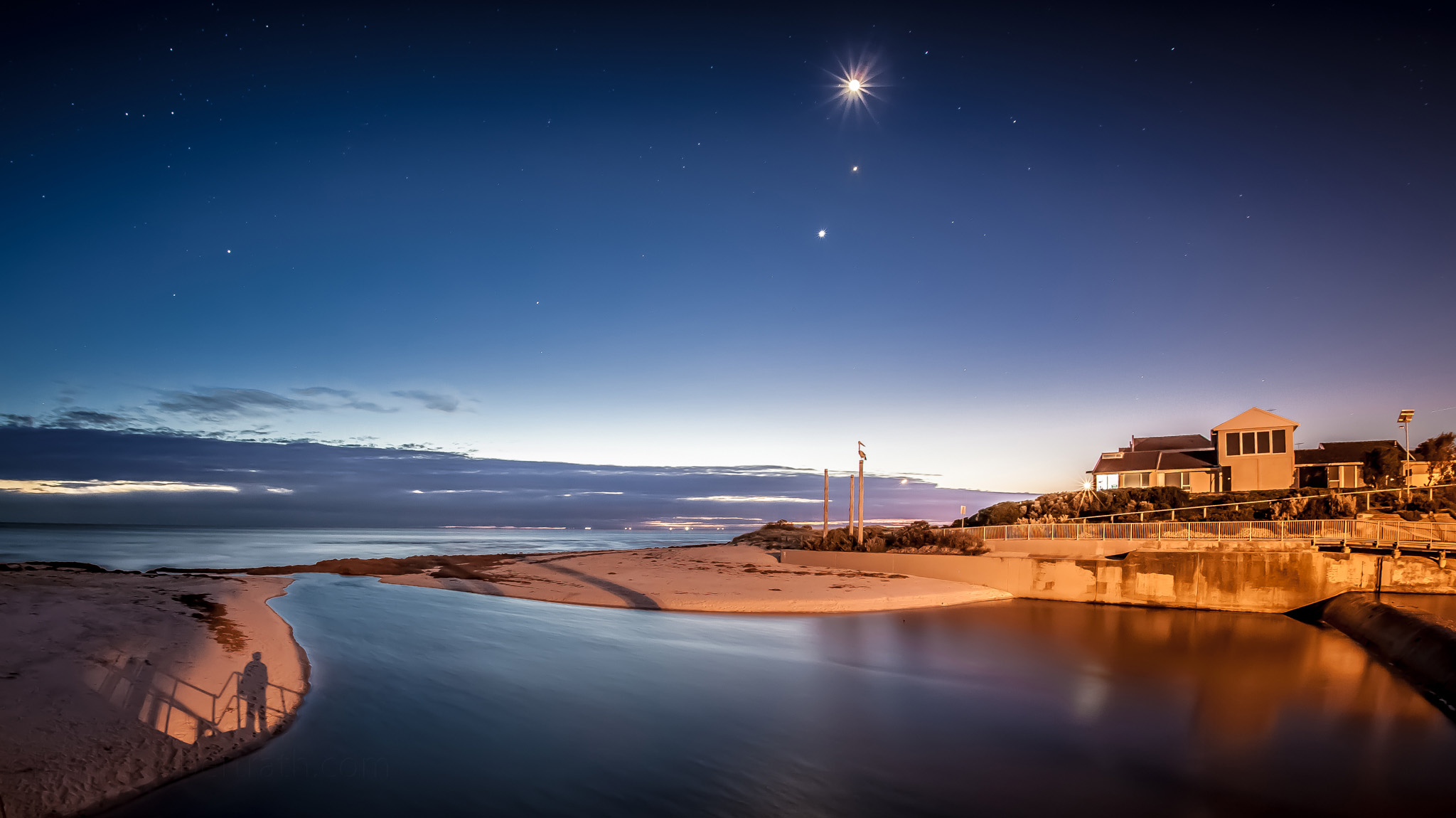 What better way to acknowledge the winter solstice with a kind-of self portrait under the auspicious light of the Moon, Jupiter and Venus.

Jupiter is directly beneath the Moon while Venus is the same distance below again and a little to the left.

Day by day Venus and Jupiter are getting closer and closer together. They won’t quite make a conjunction in a weeks time but will get pretty close before they wander off again.

I never planned this image tonight. I was drawn to beach, spent some time there and as I was leaving this opportunity presented itself demanding attention. It got it.