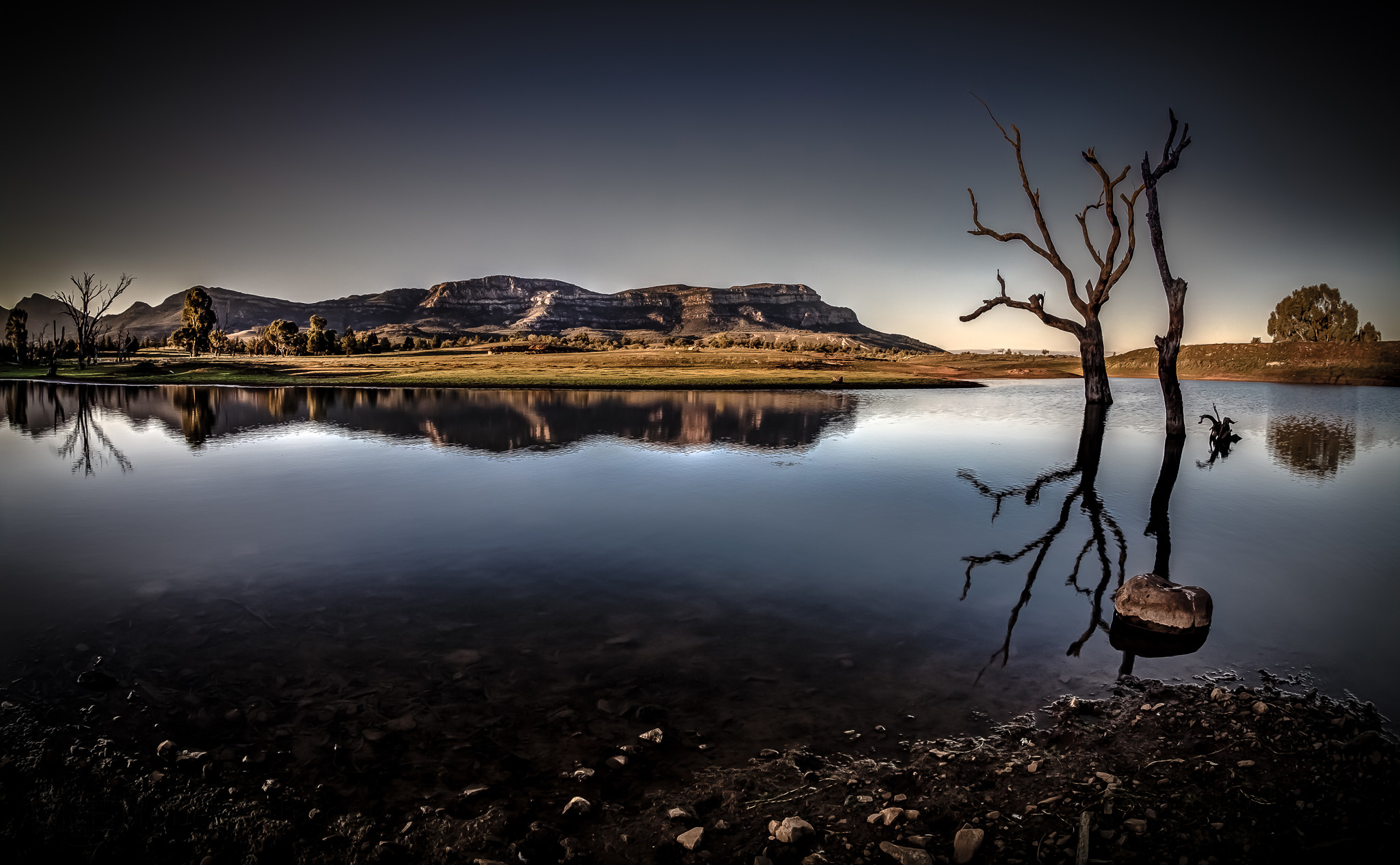 The southern wall of Wilpena Pound is fortified with the Rawnsley Bluff escarpment.

Anyone approaching the pound from the south gets to watch it rise larger and larger until it looms above them on their left as they make their way up the eastern side.

This region of South Australia is considered arid and only good for sparse livestock so a body of water like this within Rawnsley Park Station makes a beautiful counterpoint to the rugged semi-desert landscape.

One thought on “Rawnsley Reflection”