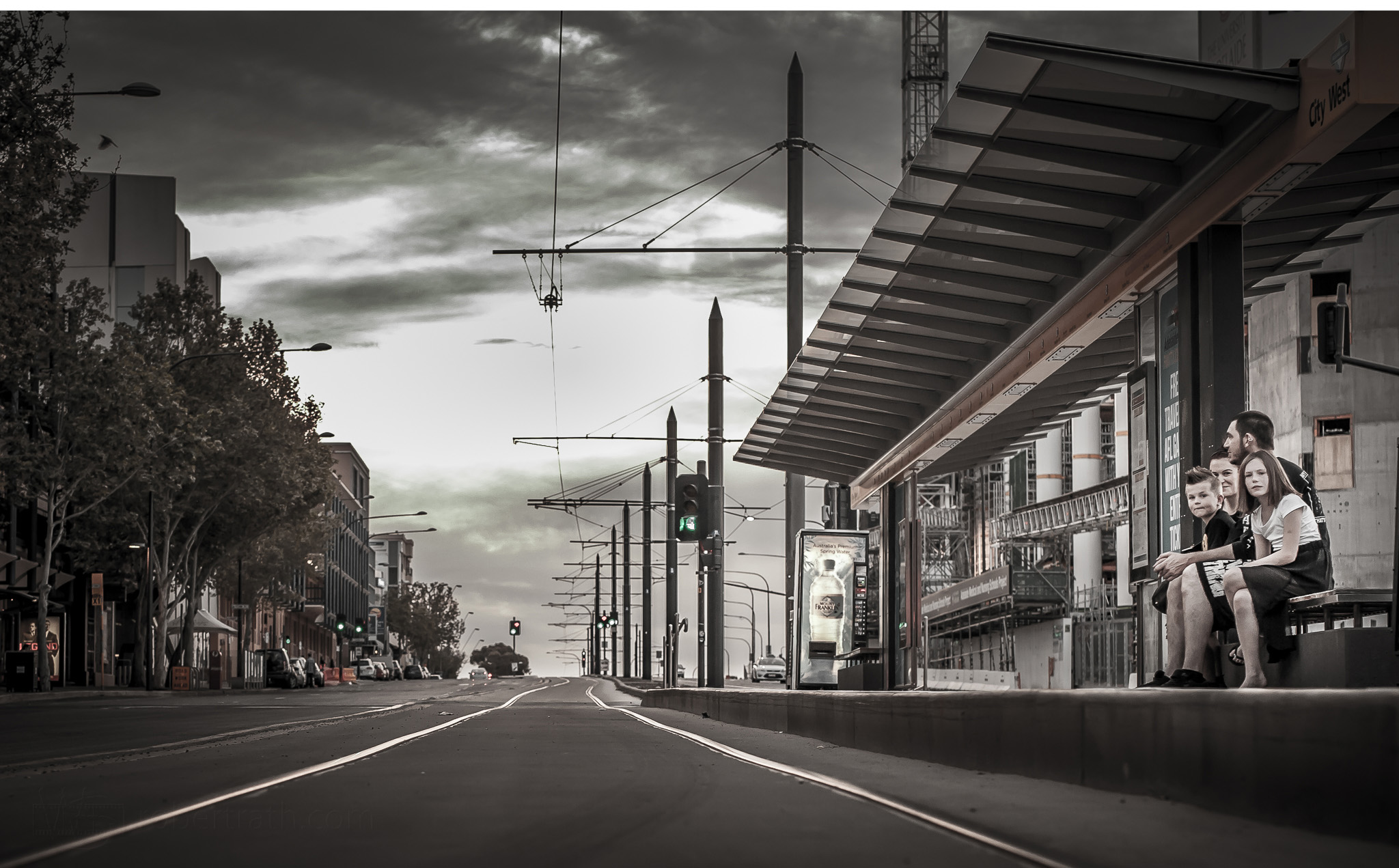 Getting comfortable with taking street images is not coming easy for me.

Just the other day I was accosted by a man accusing me of taking photographs of his daughter. Rather than stand my ground I took the easy route of showing him the images I had been taking. No apology was forth coming, just a grumpy huff as he pretended it was no big deal.

My friends, peers and role models all seem to have different, sometimes opposing and often very strong opinions about taking photos of people in public. From suggestions such as quick and discrete, use a camera phone, ask permission first or simply don’t do it there seems no simple way around it than to use my judgement and be prepared to justify myself if challenged. Some of the most powerful story telling street images I have see were either taken without the subject’s awareness,r under sufferance or with indifference. How many of these powerful moments were lost because the photographer ‘broke’ the moment?

I captured this image of a family waiting for a tram on North Terrace. They all seemed lost in individual daydreams until I was spotted lying prone in the middle of the tram line. Moment broken perhaps.

I’ll see where this experiment of street images goes. Perhaps I’ll get more comfortable or perhaps I will abandon it as too stressful. Time and trials and images will tell.