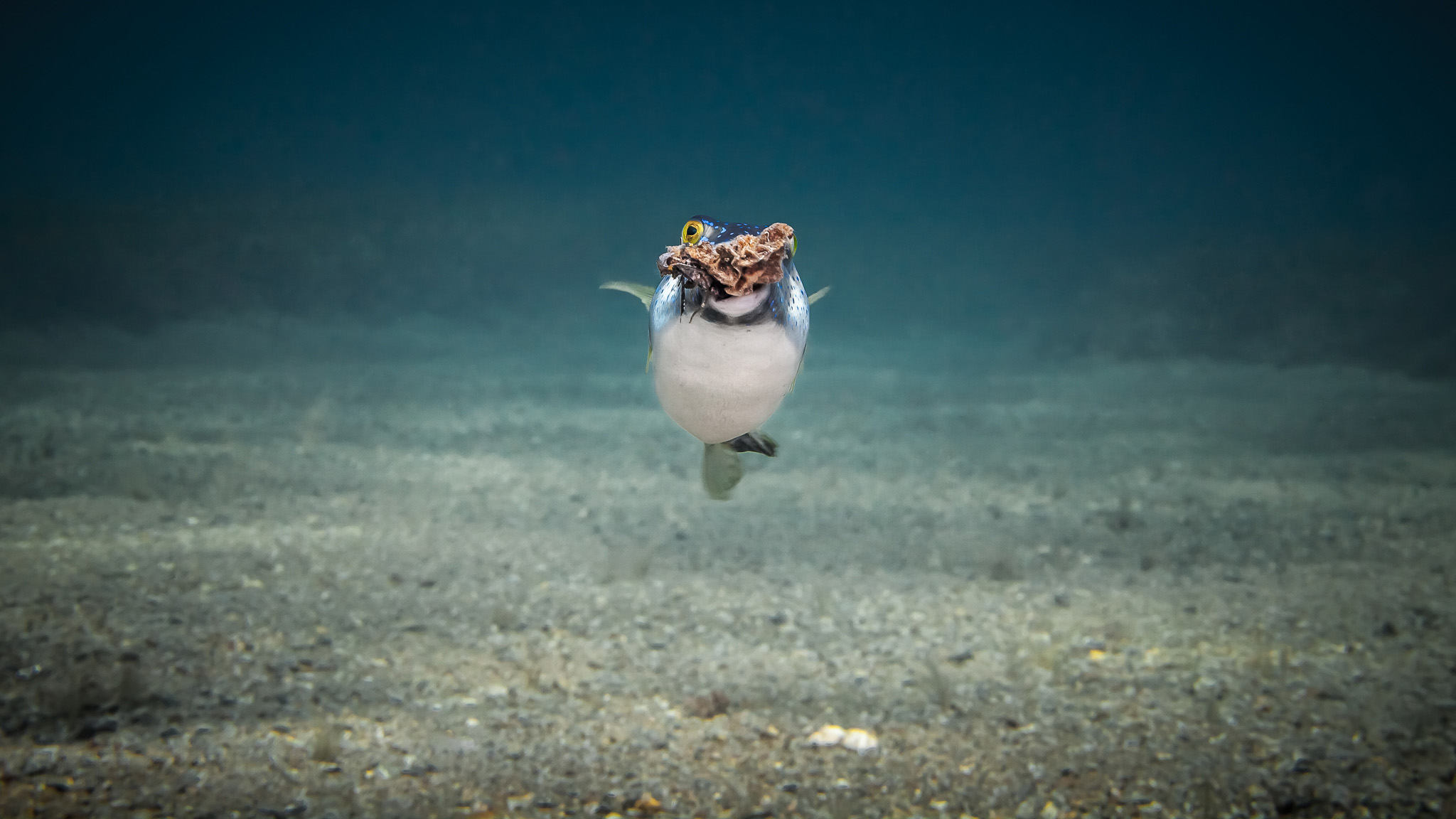 Just like people, there are fish which collect things to show off.

I first spotted this Ringed Toadfish (Omegophora armilla) guarding a large white fishing bucket resting on the sand near Rapid Bay jetty. Wondering what was so interesting about the contents of the bucket I swam over to take closer look.

Initially the toadfish swam away but not very far and then tried to swim behind me and back to his bucket again. I backed off a little, settled down on the sand and waited.

He soon came back, inspected the contents of his bucket and then swam over to a small broken chunk of coral nearby. After examining it for a moment he proceeded to pick it up in his mouth and swim back to the bucket again where he dropped it in on top of the rubble already there. It was nearly three quarters full and I can only guess that he must have been responsible for filling up that bucket right from the beginning.

A fellow diver suggested it was some form of mating behavior as he had seen other toadfish trying to fill more natural objects such as sponges with rubble such as shells and grit and broken coral.

With his big white bucket filled with rubble this guy is obvious out to prove that size really does matter.