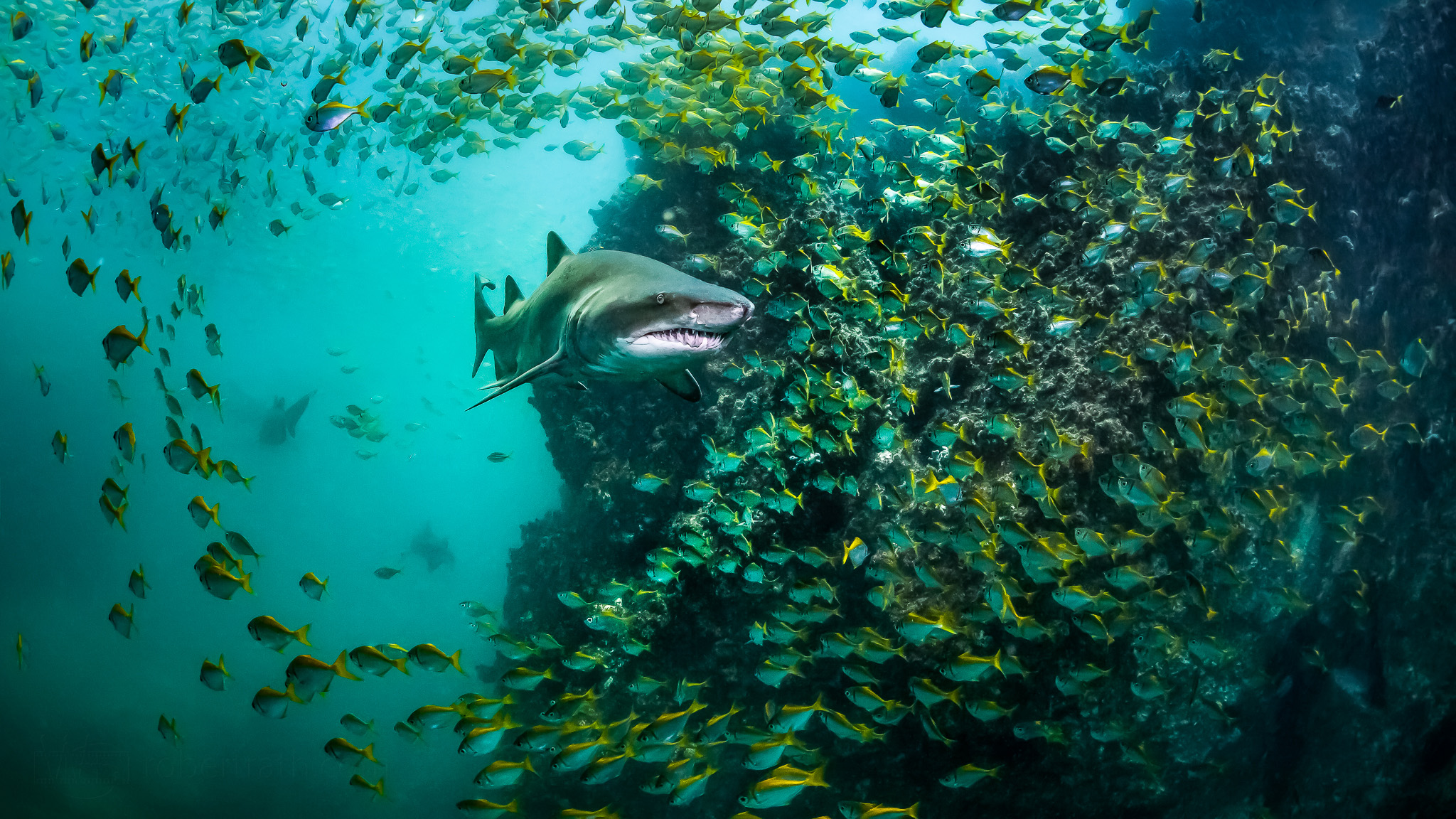 This big female Grey Nurse shark (Carcharias taurus) might look fierce and if you were the subject of tonight’s dinner you might want to think about finding somewhere else to hang out.

The large school of Eastern Pomfred (Schuetta scalaripinnis) which gently parted to make way for her should have gone a little further as most of them would be on the late evening’s menu.

This is my second opportunity to dive with Grey Nurse sharks and my first trip to the Broughton Island Group near Nelson Bay on the New South Wales west coast.

Unfortunately the recent heavy rains meant the visibility was not very good as evidenced by the gloomy background but there were no shortage of these beautiful animals as they cruised by in an almost trance like state. Every now and then one would come from behind and ‘accidentally’ brush my legs or fins resulting a sudden ‘crack’ and powerful surge as the shark realised its mistake and made a sudden almost violent course correction in the other direction.

Few things in my diving experience compares with being in the water with large sharks and I plan on doing more of it!