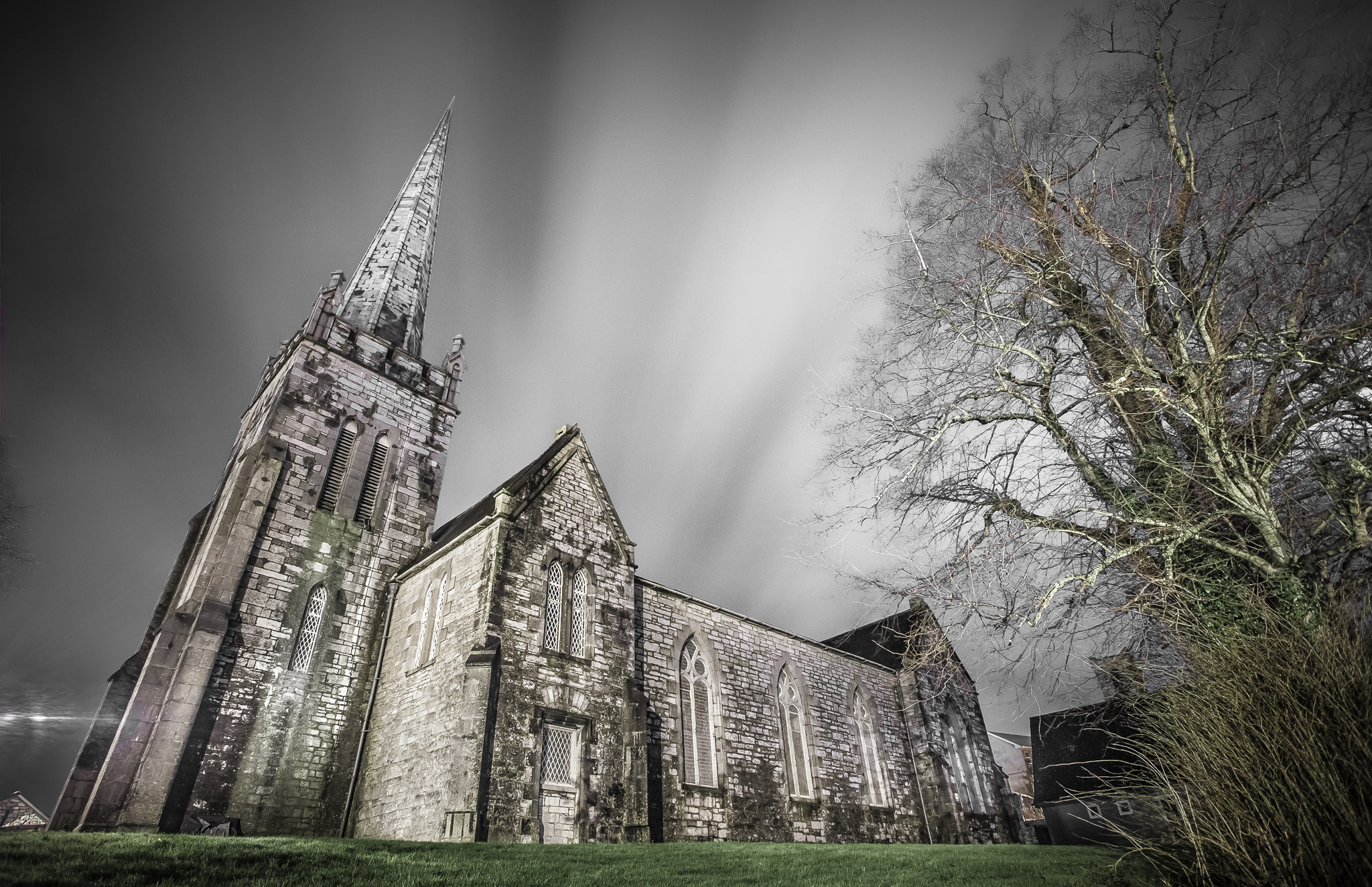 You could be forgiven in thinking this gothic style church hidden away in the side streets of Mallow is old. At nearly 200 years it is old by shopping mall standards but not nearly as old as many other churches in Ireland. Still, despite its age, the immaculate condition is a credit to to those entrusted with its upkeep for all those years.

When I came to photograph Saint James’ Church I was initially disappointed that it was not lit up like many other significant churches. Very quickly I realised just how much of a blessing this turned out to be.

A moody overcast sky lit by both moonlight and by town light created a very sacred feel here as I let long exposure bring shrouded details into view on the walls, windows and spire.

I left feeling quite privileged and pondering the pride its worshipers must feel in this beautiful old building.