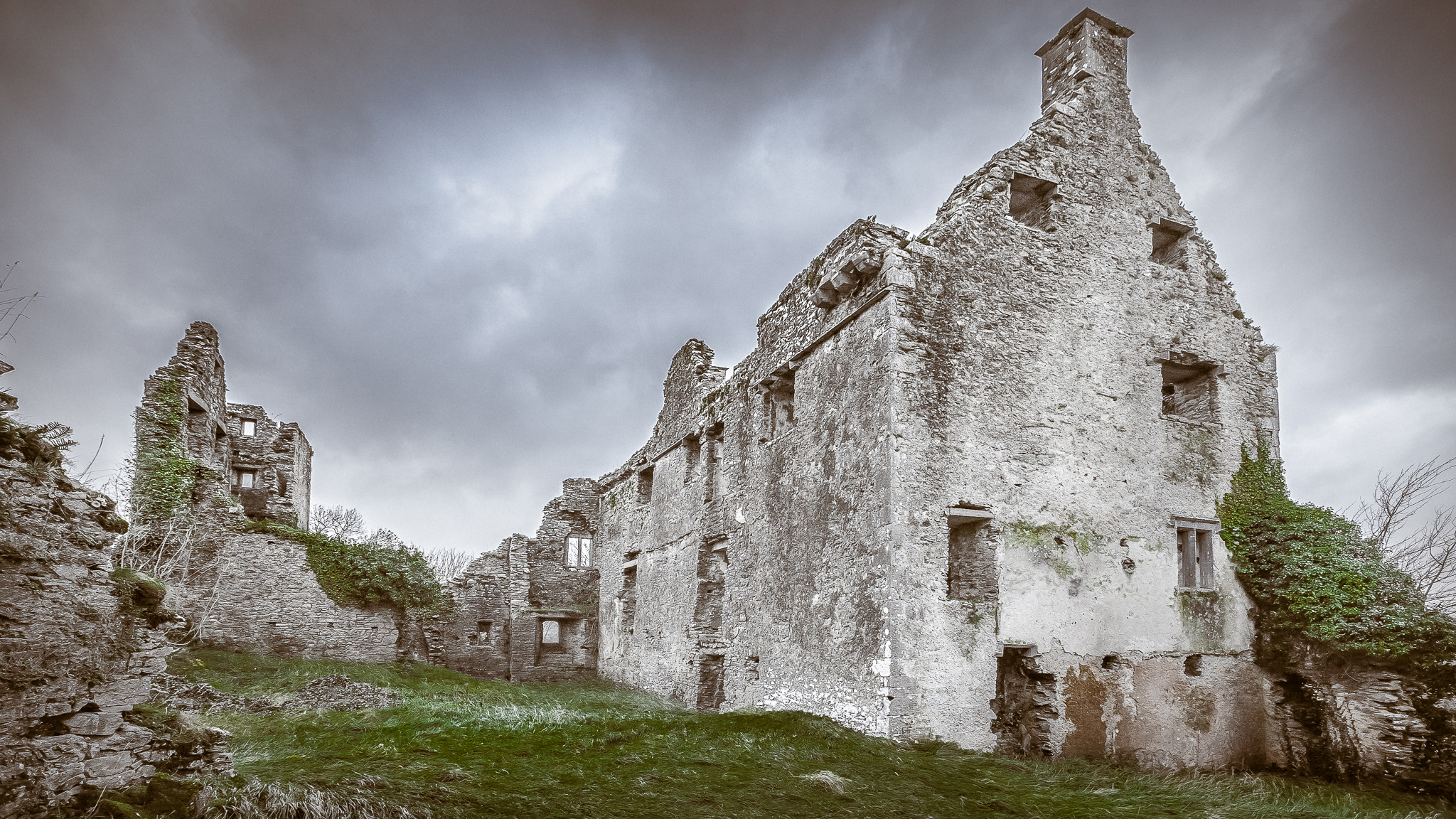 I spotted Dromaneen Castle on the other side of the Blackwater River while on the road from Mallow to Killarney and there ensued an all morning effort to get close enough to photograph this old Irish ruin.

After several dead ends, wrong turns and traversals down roads more suited to goats and cows than cars I was about to give up when I noticed two men with guns and hunting dogs in a field with a big sign on the gate which read ‘no hunting’. Clearly these were locals. Although it was cold and raining I got out of my car and introduced myself. After a short conversation they were kind enough to give me directions to a nearby private farm where the ruins could be found, all the while looking at me with doubtful suspicion. With their thick accents and words merging into words I did not understand most of that conversation however I found out what I needed and I am sure they found some amusement in my equally strange Australian accent.

I had a similar experience with John who owned the property I finally found at the end of yet another dead end road. I was initially eyed with suspicion as I approached him going about his ‘farming’ business however my Australian accent again proved an ice breaker and he was more than helpful inviting me to drive through his property to shorten my walk. He then looked down at my shoes, shook his head and told me I’d need a decent pair of wellington boots. I said I’d cope! His warning was more poignant than I had imaged as the deep mud in the encircling field was just as much composed of cow manure as it was soil.

Dromaneen Castle is, or should I say was, not so much a castle but a stately 400 year old manor house which has had many occupants in all those years and had been actively lived in right up until 1940 when it was gutted by fire and abandoned.

I am glad I made the effort to get close enough to these ruins to capture its remaining pride and imagine what it might have been like living here.