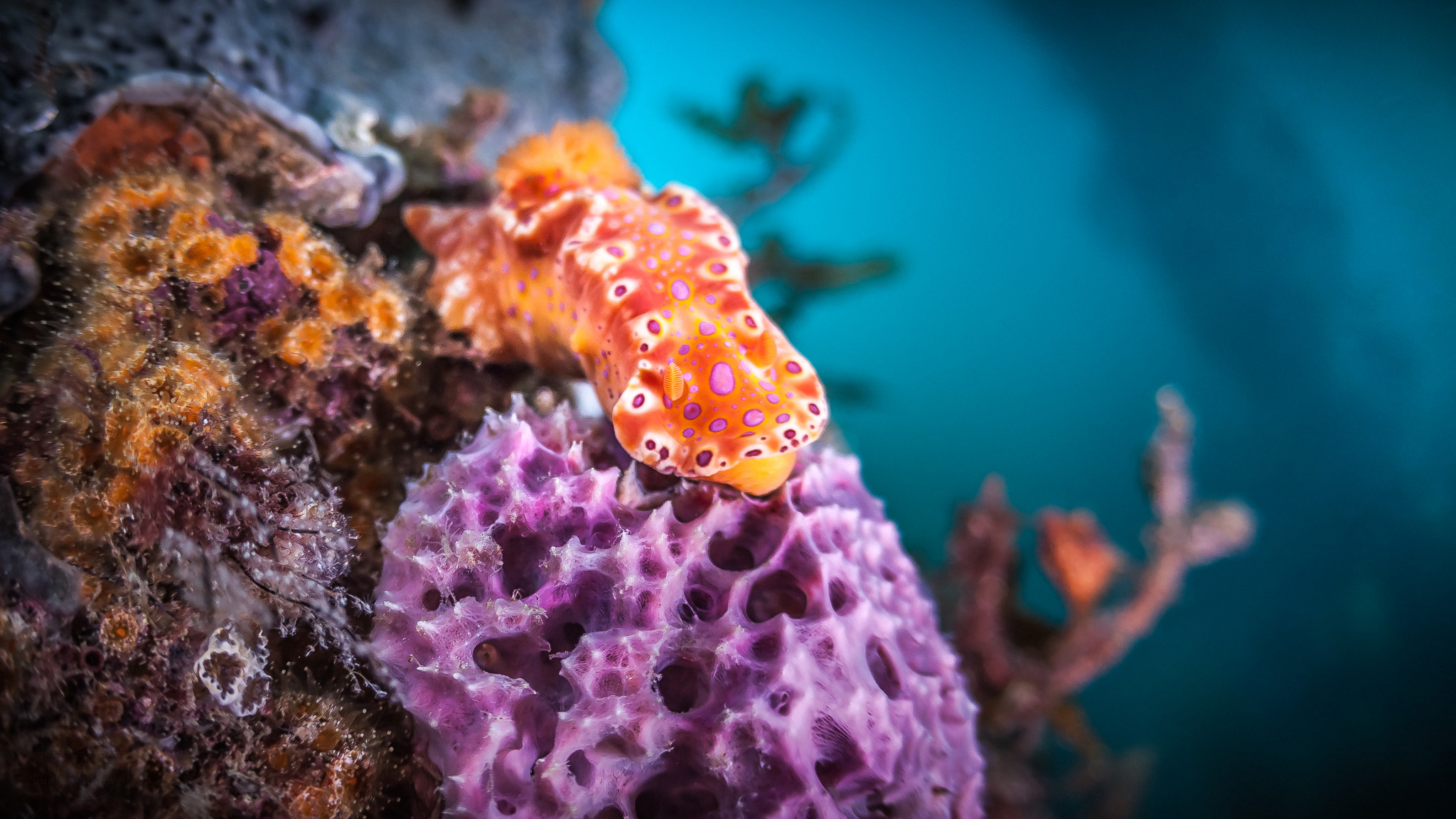 The pink spongy mass might look like fairy-floss but that’s where the similarity ends, unless of course you are a nudibranch.

This is the first time I have found this species of nudibranch, Ceratosoma brevicaudatum, eating this particular species of sponge. Perhaps that’s where it gets its pink spots from!

In this image I have used an imaging style called ‘close-focus wide-angle’. Unlike most CFWA images however I have chosen to shoot wide open giving an unusually narrow depth of field for this style.

CFWA is often used to portray a subject in its larger environment however by also using a wide aperture I have separated foreground and background and created a portrait feel.

So back to the nudibranch and its spongy pink lunch on a Rapid Bay jetty pylon, I’m fairly certain it tastes nothing like fairy-floss. Though to a nudibranch, maybe it does!