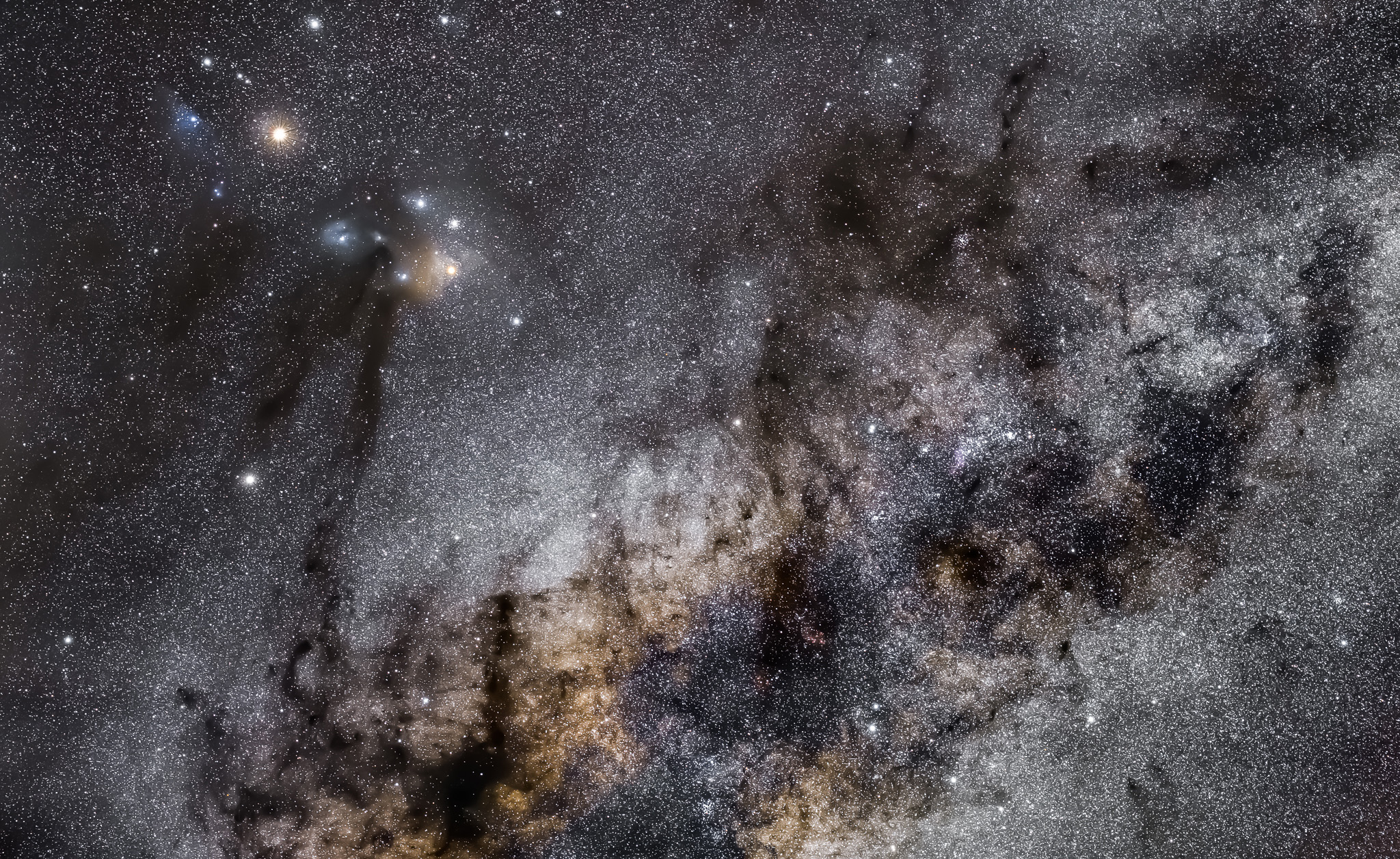 An orange Mars, the largest and brightest lingers on the back of the scorpion gazing off at the eerie glow of the Blue Horsehead Nebula to the left.

The red giant Antares lights a vast portion of the Rho Ophiuchi cloud complex with a soft orange glow while the speckled white star cluster of Messier M4 just above it hides its true nature, some 75 light year across from 7200 light years away in the distant past.

A white Saturn off to the left of centre pretends to be like any other bright star only its solid light gives its true nature as a wanderer of our solar system away.

The magnificent black Lagoon Nebula at the bottom looks for all the world like part of the night sky is missing as like so much of the dark structures of our Milky Way it hides the millions upon millions of unnamed stars behind it.

Try as I might, there really are no words to describe all this in one small part of the Milky Way under an Uluru desert sky.

One thought on “Wandering In a Sea of Stars”