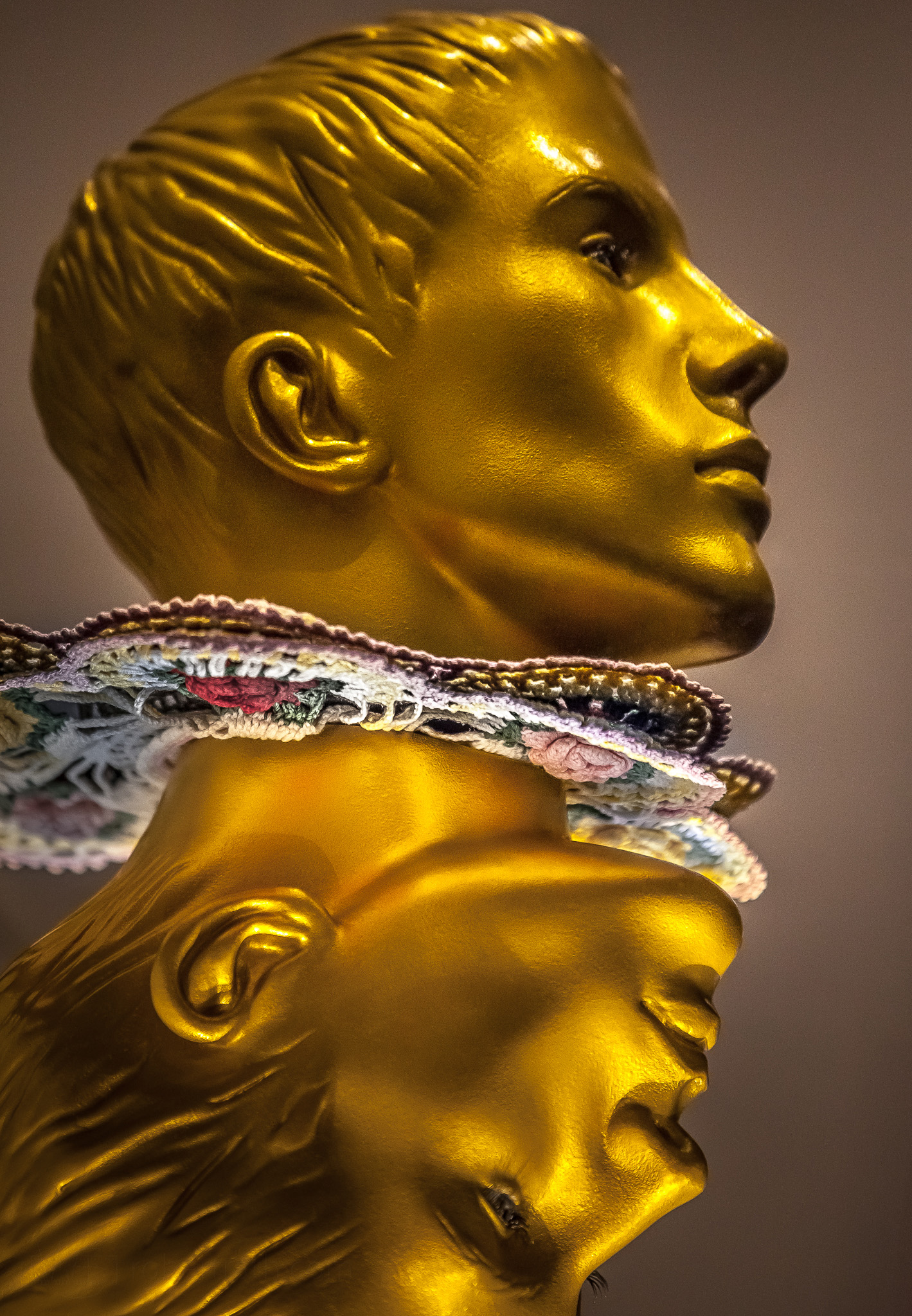 Tibbot Bourke, the first Viscount of Mayo was a ruthlessly proud man so Irish legends tell.

One evening at dinner, Tibbot’s wife Maeve mused how her brother Shane O’Connor was a stronger man than her husband.

In his resulting rage Tibbot sought the man accused of being his better and they fought to the death.

The following evening at dinner Tibbot presented her brother’s head and demanded his wife declare who now was the better man.

In distress and fear Maeve put argument to rest declaring that only her husband could have been so certain that her marital commitment could weather such a test.

With his ire quenched and his vanity pacified Tibbot proceeded to enjoy the rest of his evening unconcerned for his wife’s grief.

The story is a true account adapted from Jennifer Liston’s poem ‘Muscle’ and the poor fellow is not Shane O’Connor but part of the Nina Ventura collection.

I am heartened by the fact that most men in our time are a little better behaved that Tibbot Bourke, circa 1600 AD.