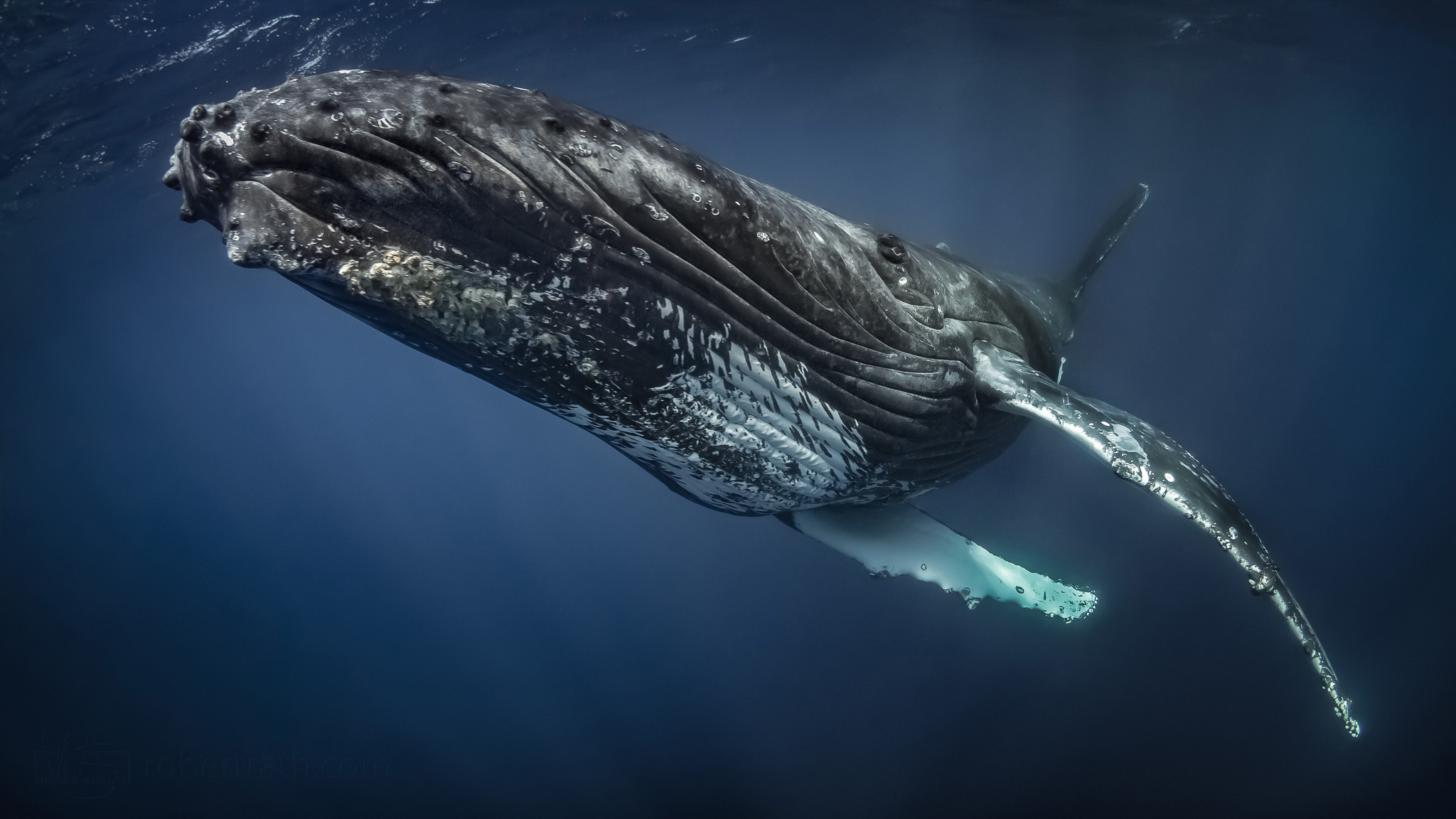 Sometimes I wonder just who was checking out who!

No sooner had we arrived here and two large humpback whales appeared about 100m away. As soon as we realised they were heading straight for our boat there was a mad scramble for masks, fins and cameras.

They came closer; 50m, 25m, 10m and then the pair dove and disappeared. This disappearing act was something we had grown used to as the whales often dive under our boat if we stop in their path.

Suddenly without warning one massive head rose right next to the boat, its nose more 2m out of the water. A moment later a second just as enormous head rose next to the boat and we had two unblinking fathomless eyes gazing back at us for a time before quietly sinking back into the water again. Clearly this was an invitation.

Once we were in the water these two large males turned the tables on us. I felt like we were now the subject of their curiosity and if they had had iPhones they’d be taking selfies with the humans and and texting their mates!

We were all circled and observed from every angle. On one occasion when I dived deep to get a view from below the pair dove down, corralled me then followed me back to the surface in a spiraling ascent of three, the two getting closer and closer to me almost embracing me with their huge pectoral fins as we ascended. It felt like they were making sure I returned safely to the surface again.

This was another extraordinary experience where I felt that these beautiful animals were complicit in the exchange of a shared experience of each other.

We should not need moments like these to nurture love and respect for these wonderful creatures but if it were possible I wish every human could experience the humpback whales of Vava’u as I now have.