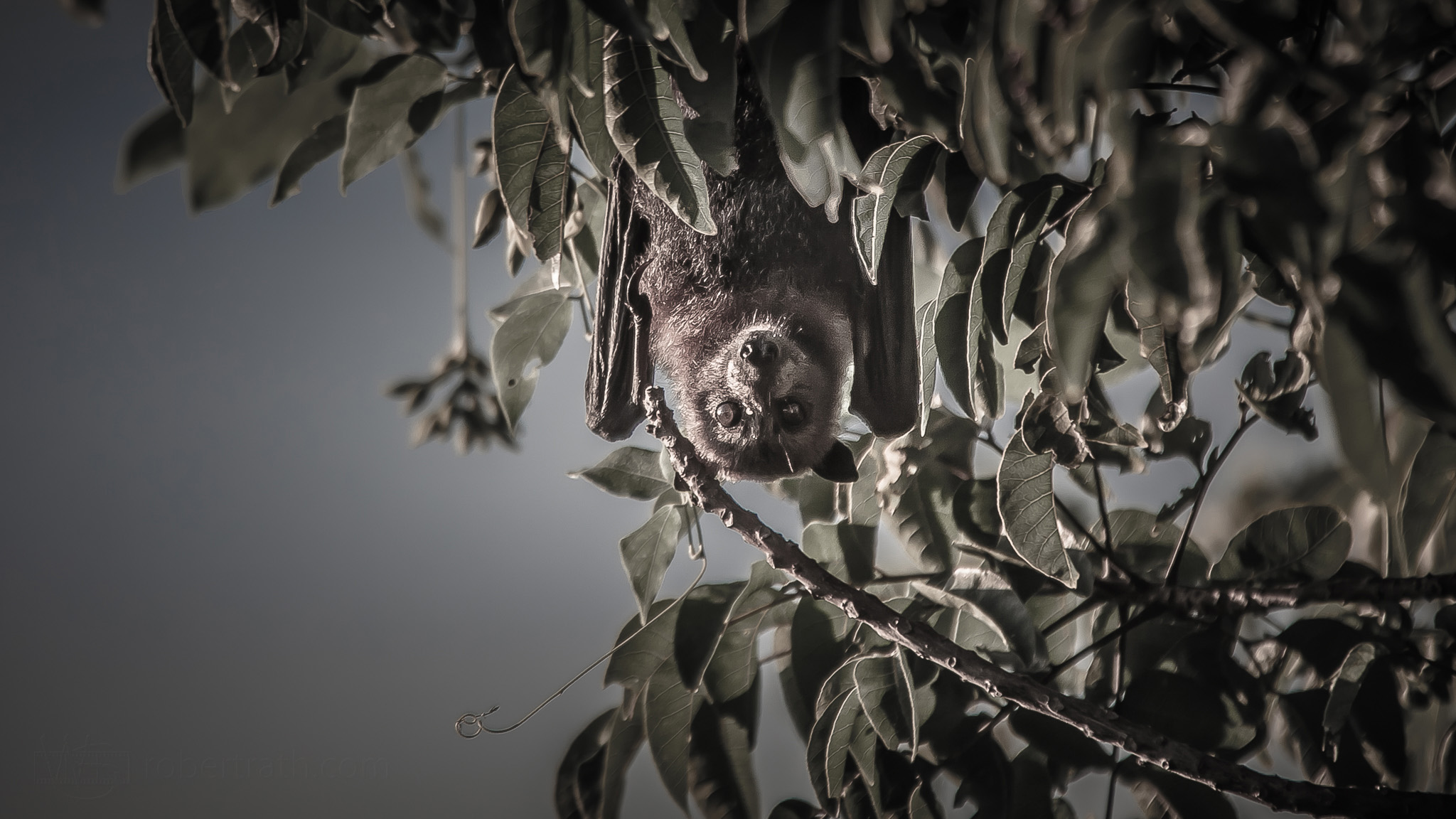 There were no belfries anywhere in sight but that did not stop the fruit eating, wing flapping, throat screeching foxlike locals from taking up residence in the tree next door.

For the most part they were good neighbors, kept the music down, their garden tidy and were not partial to dropping burnouts in the street or even encouraging such behavior.
For most part we lived harmoniously as good neighbors might; until … a fight broke out.

You could tell the signs well in advance as one bat happily supped nectar another would start to taunt.

First there was the inconspicuous upside down and sideways shuffle getting almost shoulder to shoulder before a sharp wack of a wing sent the offender off in a screech.
The second time the screeching began even before they could swipe each other. An exchange of wing wacks ensued leaving the defender hanging and the offender flapping madly in thin air.
The third time it was all out war with screeching and flapping and leaves flying.

Then like magic they both find their own nectar laden flowers and settle down as if nothing ever happened.

That would not have been so bad if it had happened only once, twice or a handful of times.
Instead, we had a hundred fruit bats squabbling over and over for an hour or more as afternoon turn to dusk.
Then as night fell all became silent.

They were good neighbors after all.