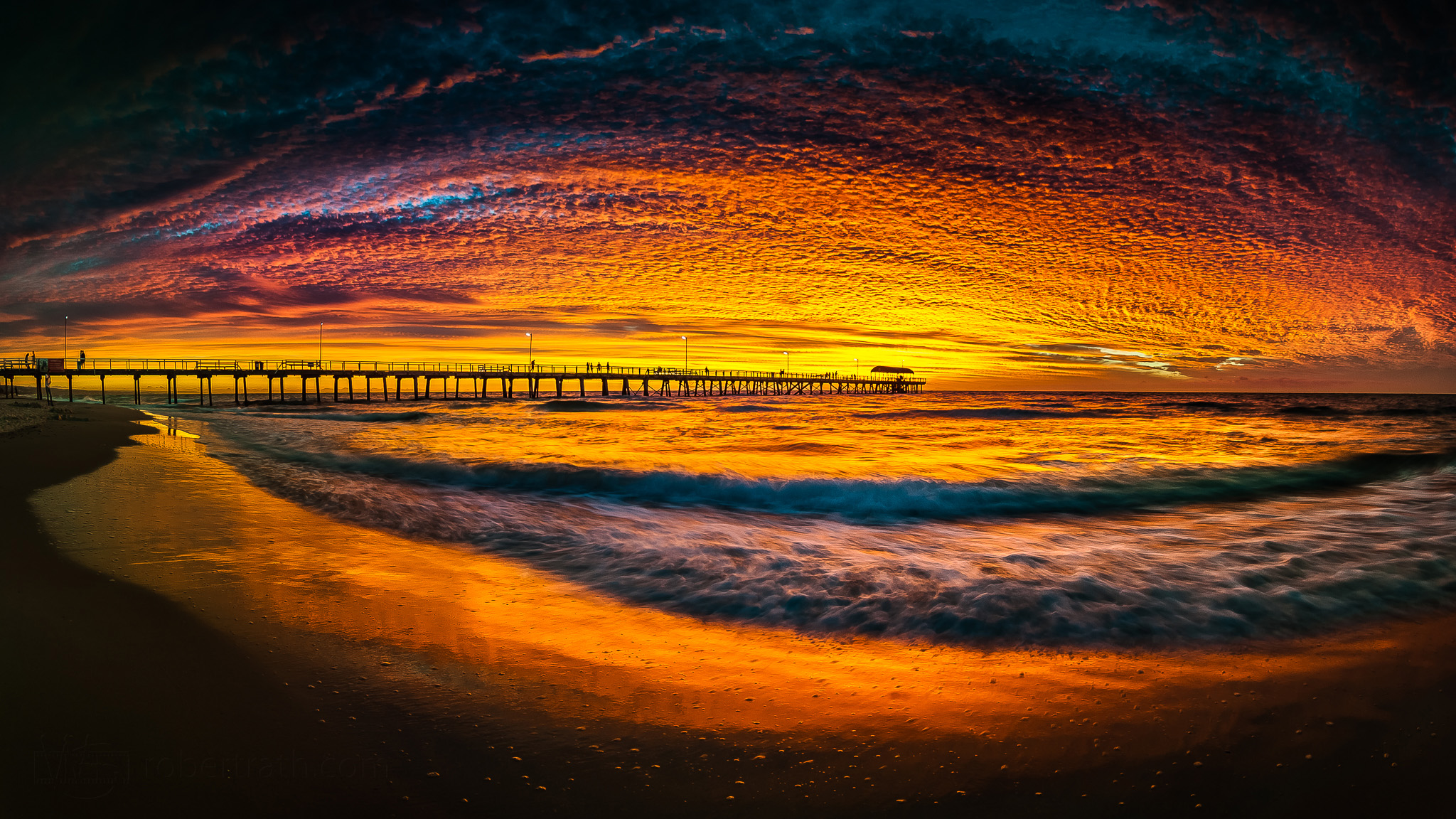 It had been drab and overcast all day long but in the late afternoon there were a few tell-tale signs that a trip to the beach for sunset might just be worth my while.

When I arrived at ‘my local’, Henley Beach, there were a few people with cameras ready to witness the sun just peeking out from below the clouds. Five minutes later it was gone again, the sunset obscured by the clouds on the horizon. I noticed more than one photographer pack up and leave.

I waited a while, quietly confident the show was far from over. Ten minutes later it began.

The dark orange glow on the horizon began to lighten and creep upwards. Little ripples in the cloud base took on spidery orange tinges like a textured wall dusted with orange chalk.

A few minutes later the textured cloud base was completely filled with yellows, oranges and reds while the last snippets of the blue sky beyond sneaked through the gaps.

Then I noticed the sea, now transformed into an ocean of volcanic lava washing back and forth leaving the sand a blaze as it retreated from every wave.

Conversations stopped . Apple iPhones and Samsung Galaxy’s transformed from phone to camera. People up and down the beach, surprised by the spectacle, were eager to capture a little of it to take home, to Tweet or to Facebook post.

Inevitably the colours began to fade. The volcanic sea cooled to a dark blue grey and the world became drab again. Only a filigree of deep red tracings remained in the clouds above as a legacy to the volcanic sea.