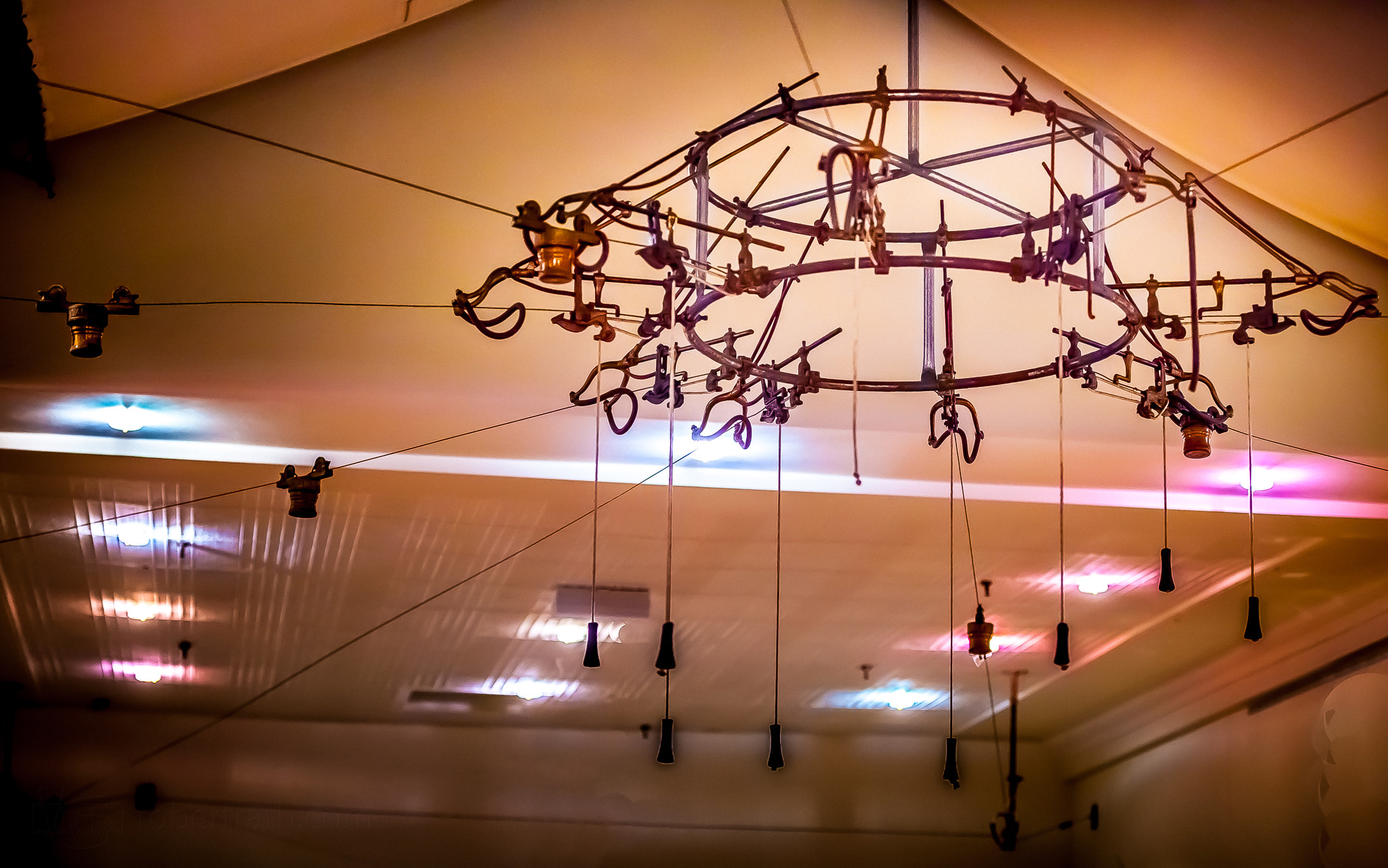 This view of the The Lamson Rapid Wire System shows both its simplicity and complexity.

To send the cart the clerk would pull down slowly on the pull-chord until the the launching frame was held under stretched elastic against a stop. On release the the launcher would send the cart flying along the wire to its receiving station where a similar mechanism was ready to initiate the return journey.

I have not seen how the packages would have been attached or removed from the carts but can imagine something equally as imaginative.

Next time you are strolling down Rundle Street and have a moment to spare, come up to The Writer’s Centre in the Malcolm Reid building, take your mind back 100 years and imagine would it would have been like.