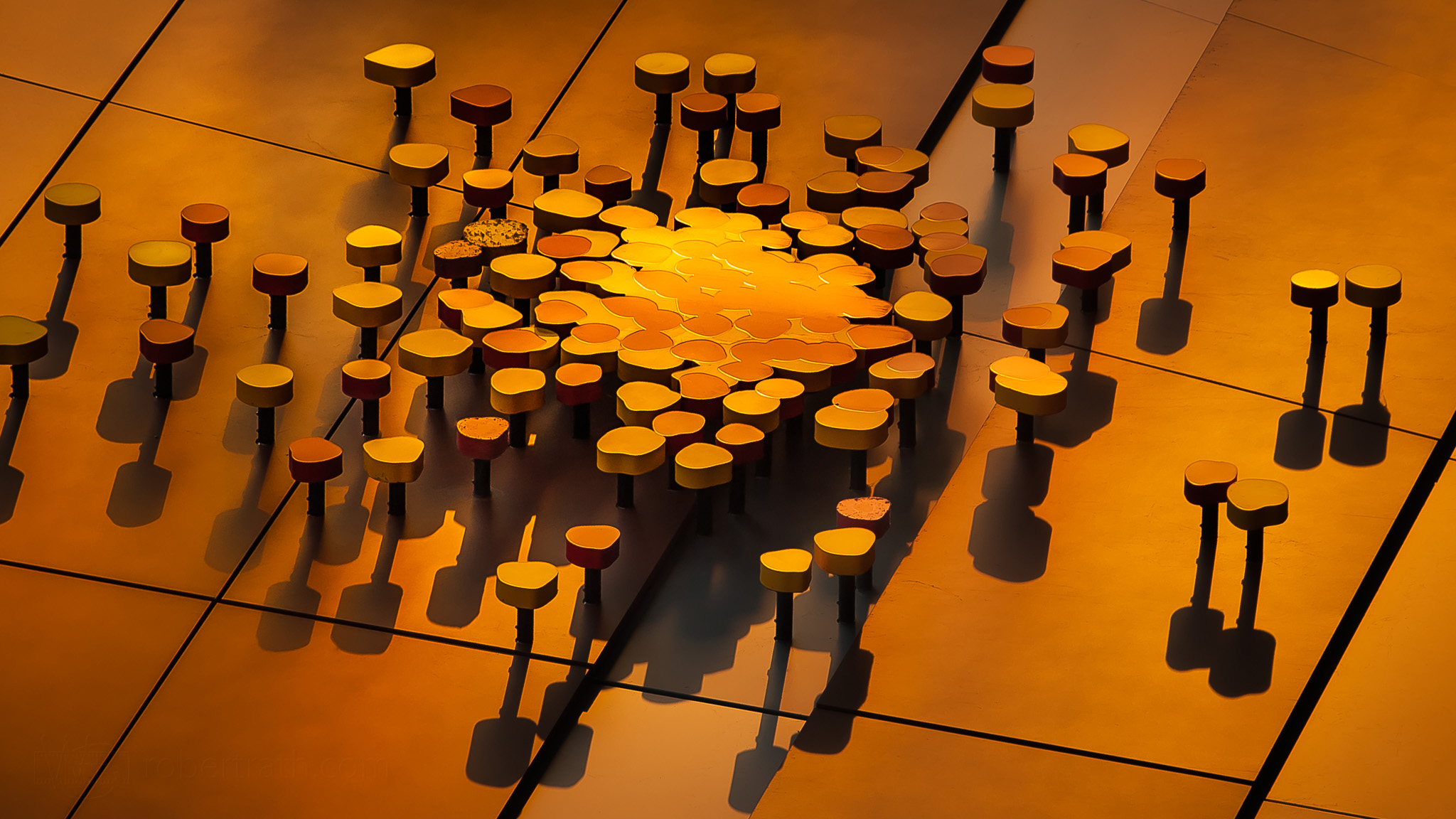 It’s almost a play on words but I don’t really think it works. Regardless, these mushrooms can be found on the side of the Adelaide Convention Center about half way up the building on the north western corner.

I had just arrived for the opening celebrations of AVCON, the Adelaide Anime and Gaming Convention 2017. It was a few minutes before sunset, almost every photographers ‘dream time’ and there they were, ten meters above me basking in that golden glow.

I nearly let that moment pass by but something drew may camera out of the bag for those fleeting moments before bright turned to pastel, turned to pale and and then grey.

If you ever visit the Adelaide Convention Center, look up and admire those unconventional mushrooms.