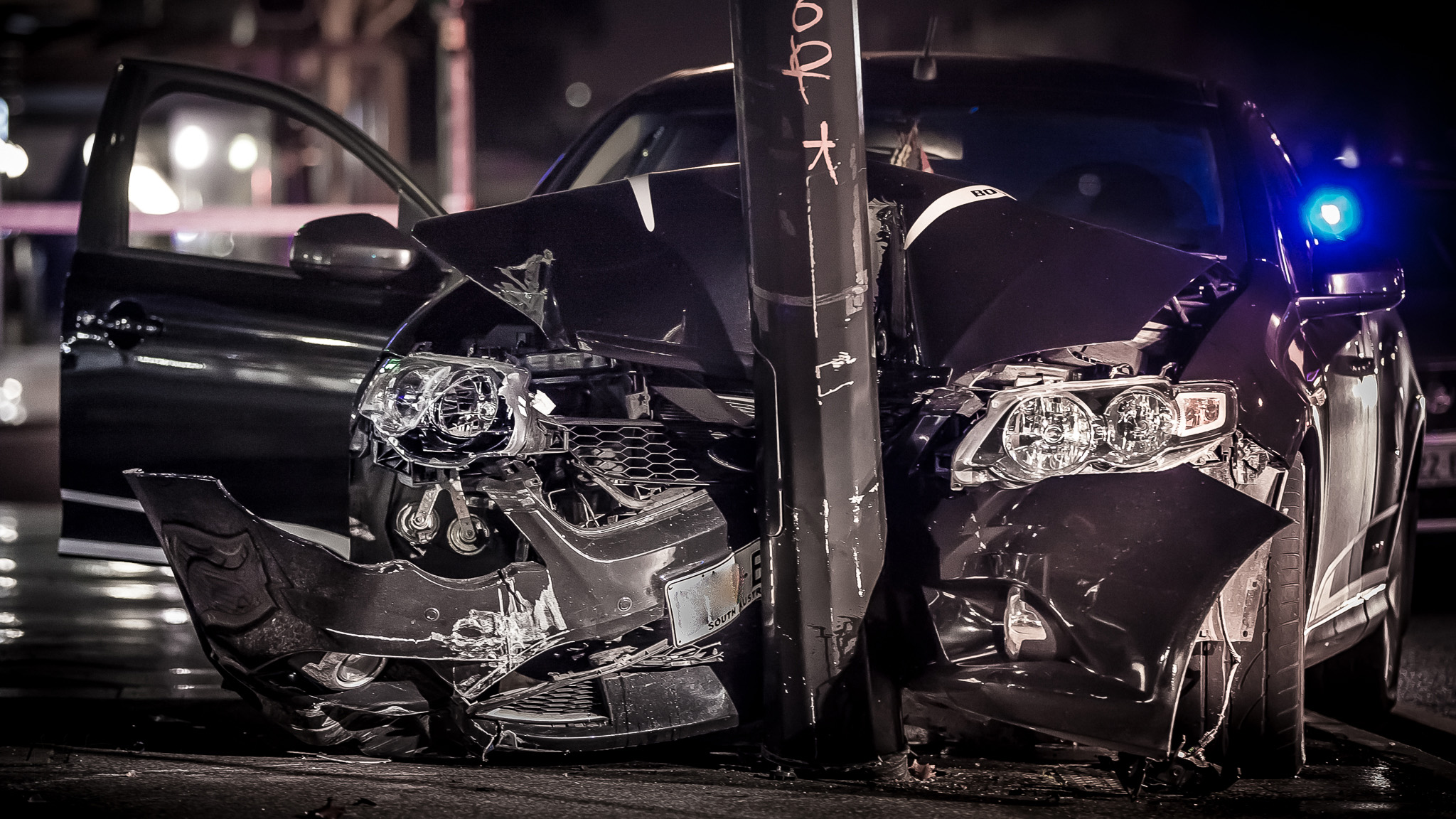 Entropy is a term commonly used in the physical sciences to describe how when order is created, the cost is paid for by more disorder elsewhere and how ‘things’ tend to higher states of chaos or disorder as time progresses.

When this Holden Ute was created, a lot of entropy (chaos) was created elsewhere. This is the cost the physical laws of our universe impose on the creation of order. In this case the work done transforming raw materials from the ground into a shiny new motor vehicle came at a price other than that imposed on the unfortunate owner.

I stumbled on this scene last Thursday night while driving home from work. Fortunately no one was badly hurt despite the driver managing to shear off a traffic-signals switch-box before coming to rest against this lamppost.

Perhaps this was just a case of entropy pay-back? More likely though a completely different set of physical laws were involved!