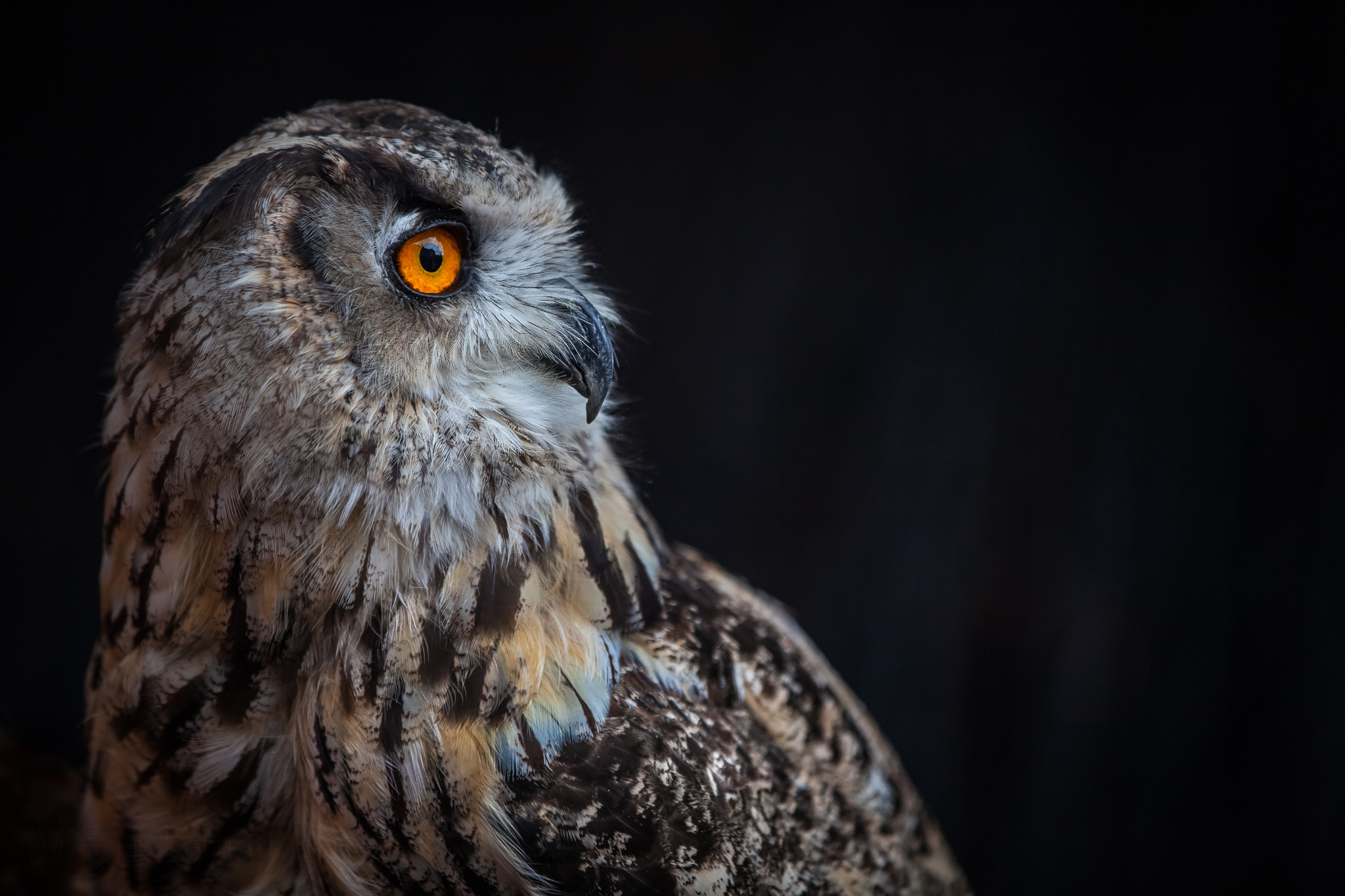 No, not the band but the city from which the Harry Potter stories emerged, Edinburgh.

This guy was on a falconer’s arm in the streets as they thronged with festival goers. You can tell by the small pupils that this owl might prefer to be in bed at this time of the day. Still it seems relaxed enough.

Trying to identify the species has been a dilemma for me. It looks like a great horned owl but if it is it’s a long way from its native America’s to the streets of Edinburgh. It could also be a northern long eared owl, a potential local, in which case it must be holding its feathers flat. I’m all ears it someone wants to help me out here.

Regardless of the species this beautiful bird could just as easily be right out of a Harry Potter movie, in the wilds of the Scottish countryside or as it is here in Owl City.