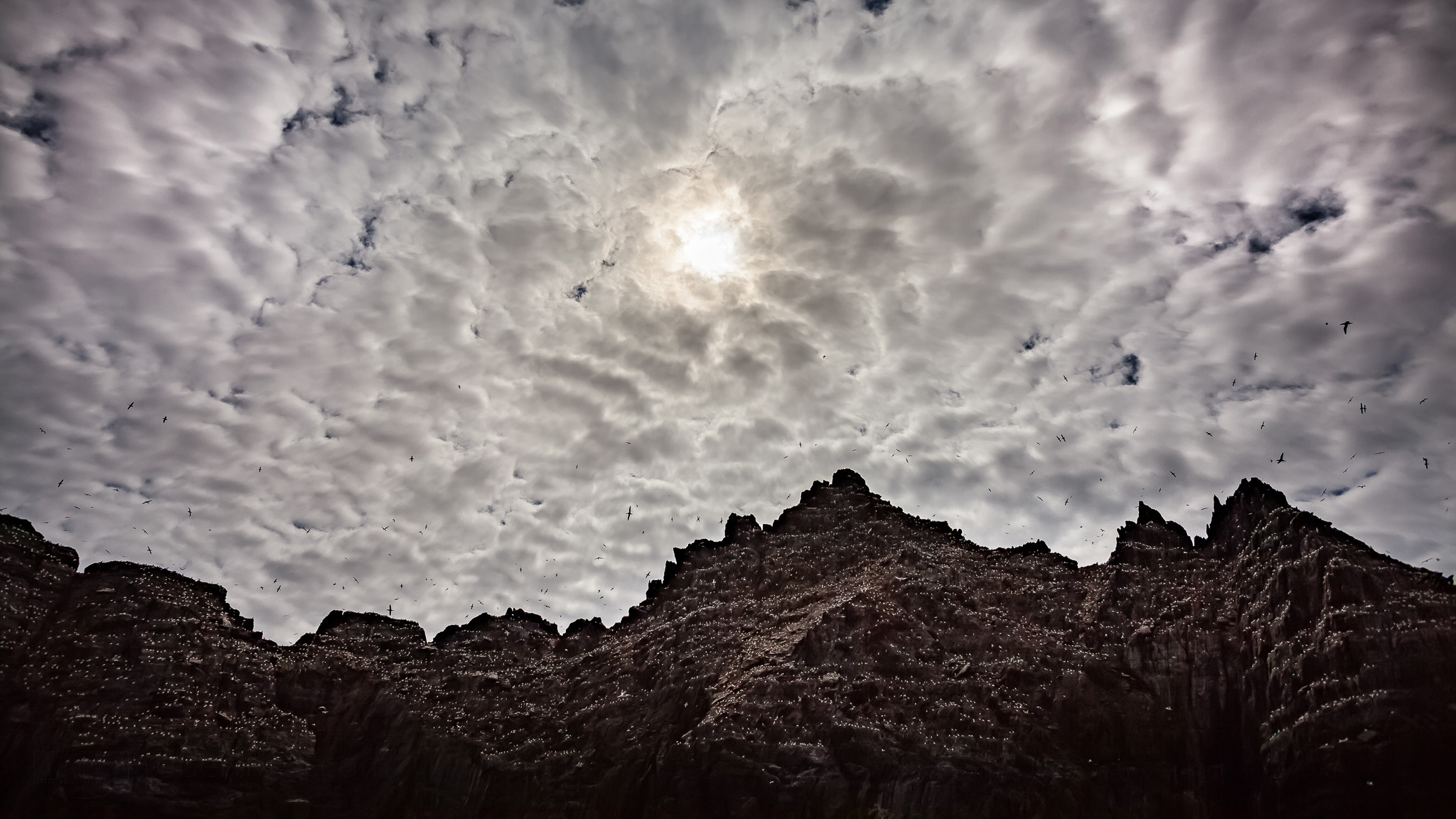 Just under two kilometers north east of Skellig Michael is the smaller of the Skelligs, ‘Little Skellig’. What struck me as the biggest difference between the two is that here on Little Skellig the sea birds ruled.

Tens of thousands of gannets and other migratory birds clings to every usable surface of this barren rocky crag. Maybe Skellig Michael was also once such a haven and possibly eclipsing its little brother but human settlement has most like driven them away.

As we circumnavigated this city of birds the smell and sounds overwhelmed making as happy in our eventual retreat from the sensory onslaught.

I’m sure one or two of the city’s guards were sent to escort us clear only to circle back again as we made our was back to Portmagee.