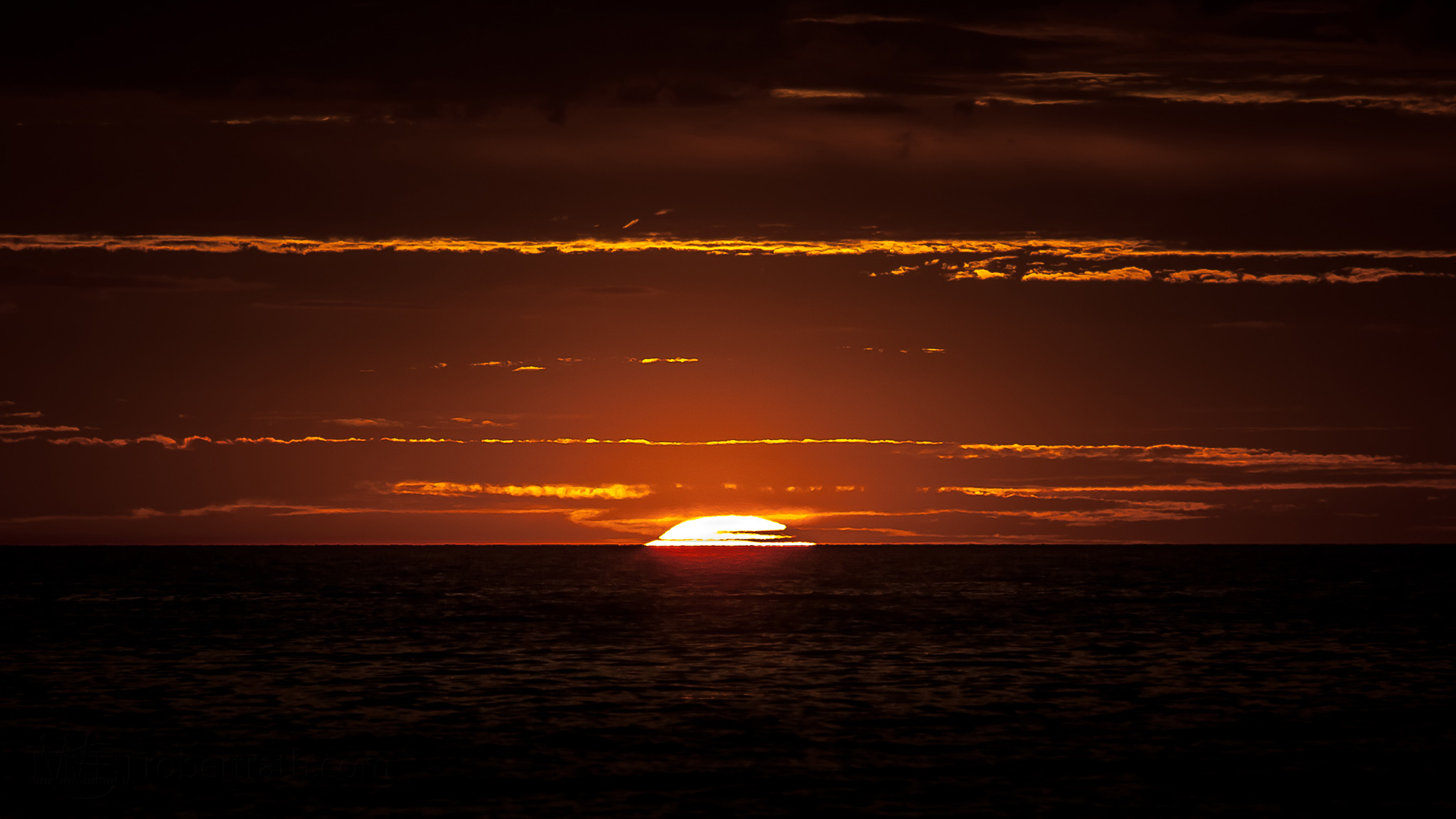 We watched as the base of the setting sun touched the horizon. In two minutes It will be gone.

You can’t measure the diameter of the sun as it appears in the sky but you can measure the angle it makes with your point of view, about one half a degree. So with a little simple maths, 24 hours divided by 0.5 degrees in 360, you’d calculate that the sun will move its own diameter through the sky every 2 minutes.

We watched as the body of the sun dropped half way, then two thirds, then three quarters then something unexpected happened. With only one sixth of the sun remaining it just hung there.

So what was really going on as the sun was being squashed down onto that distant horizon? All the while as the world turned
turning day to night a trick of the Earth’s atmosphere was bending the distant sunlight around its curved surface like a distant mirage.

Perhaps the sun just didn’t what to go …