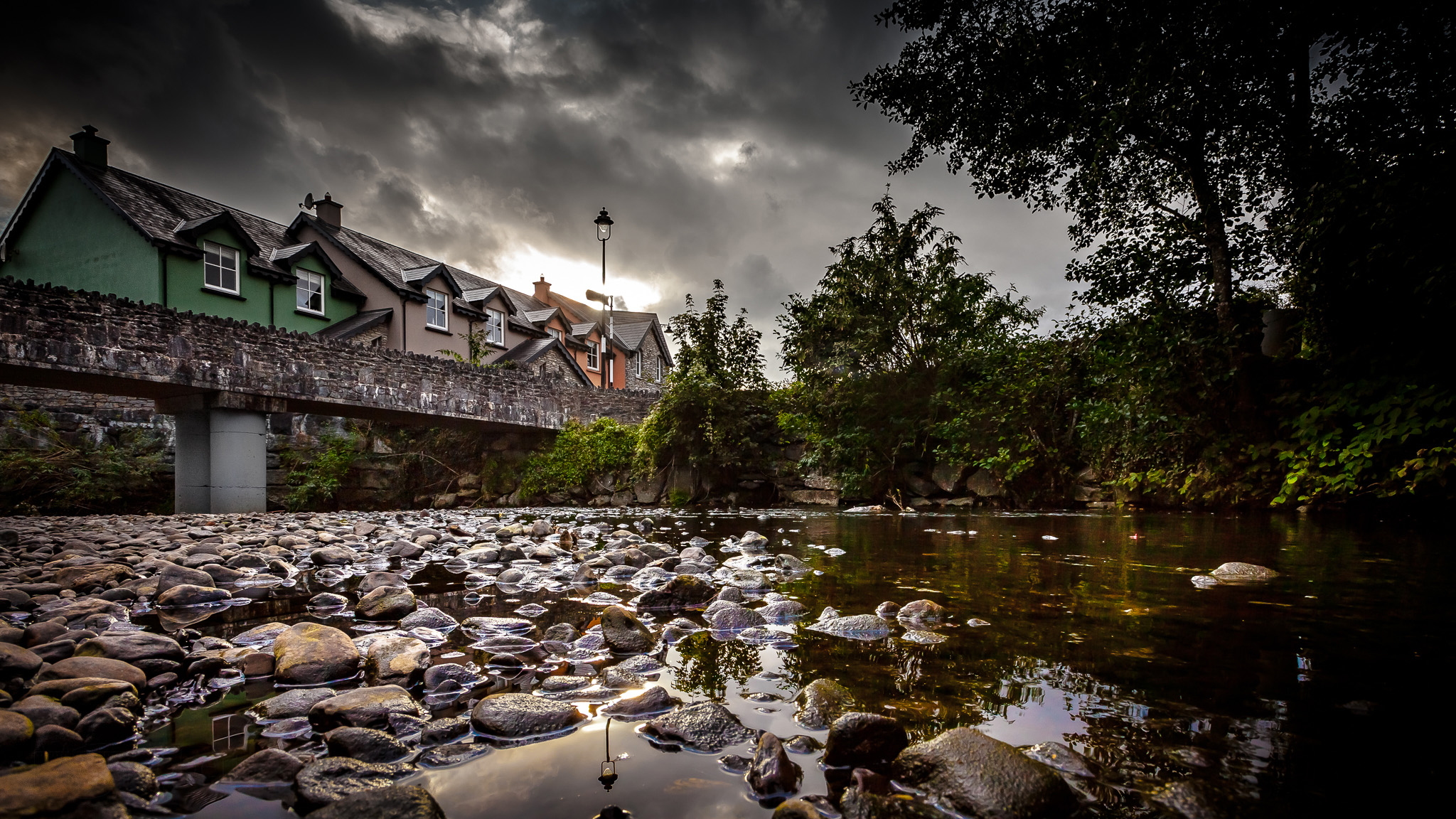 There is a story in any image and always lessons to be learned. The trick is to tell that story and learn the lessons. Sadly I feel I need to go back to Ireland and try again. And of course that’s just an excuse for going back to one of the most photogenic inspirational parts of the world I have been.

I captured this idyllic Irish streamscape on the road from Kinsale to Kenmare. Crossing this narrow, jagged rock bridge was enough to warrant an attempt at pulling over and exploring what might lie beneath.

Attempting exploring under bridges is very often unsuccessful on the main roads in built up areas. Usually access is thwarted by buildings, stone walls or simply impenetrable thicket, that all assumes there was actually a place to park. On this occasion I got lucky.

The scene had everything going for it under a dramatic brooding sky. The sun had just appeared through a rent in the clouds to silhouette an old lamp post reflected in still waters amid the the polished stones of the exposed riverbed. The clear water flowing beneath the green of thicket and tree provided a calm juxtaposed against the tension of human stonework and habitat.

That was the end of my imagined masterpiece as bit by bit the unfolding story unraveled opportunity and began creating a lessons learned list for next time.

Lesson 1. Sunshine through rents in dramatic skies last seconds. If you are still scrambling to the site it’s too late.
Lesson 2. When there is very low light use a tripod.
Lesson 3. To capture both deep shadow and highlights take multiple exposures using your tripod.
Lesson 4. Never leave the car without your tripod.
Lesson 5. Make sure when driving with a camera that your tripod is also quickly accessible. See lesson 1.
Lesson 6. Remember to take note of when and where you were both for the story and for next time.
Lesson 7. Use a tripod! (Just in case you’ve forgotten already.)

There it all is. An average image, lessons learned and the story behind it all,
… now if only I could remember where this was!

One thought on “Lessons Learned”