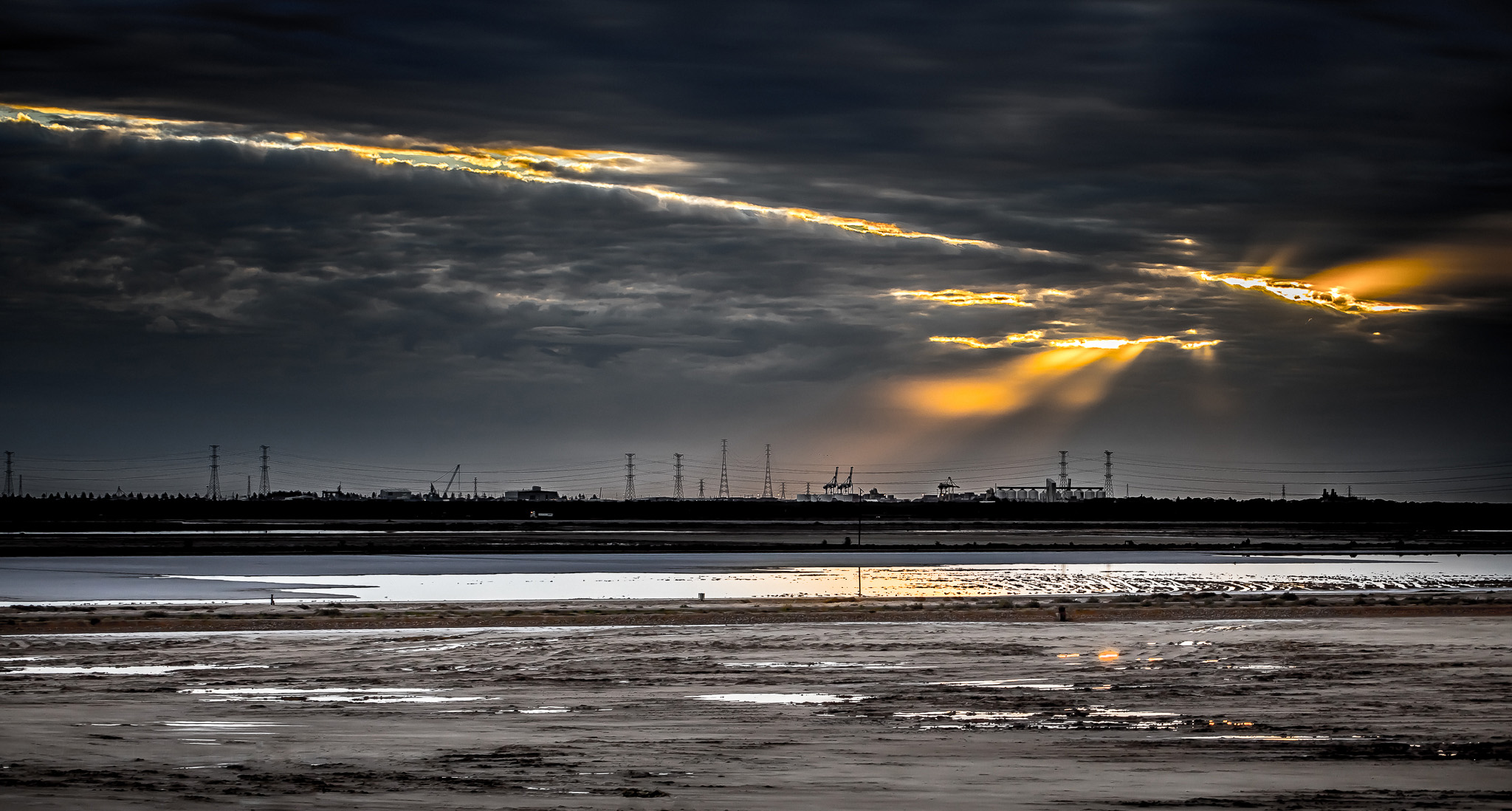 As I drove home earlier in the week I noticed a great rent in the clouds opening up as if someone had taken a knife to the sky.
There was of course nowhere safe to stop atop the Port River expressway bridge and I’m sure it would not have been legal regardless.

I nearly drove on being happy to just take in the sight when a little way on inspiration took me and I found a place to pull over. Crossing the four lanes of high speed merging traffic was a little nerve racking and when I did get to the safety of the medium I was a little shaken. Note to self: cars travelling a high speed appear from nowhere and without warning!

The walk back and up to the crest of the bridge between the two opposing flows of traffic was fortunately uneventful and I got to stand admiring that ripped canvas peacefully oblivious to the cars and trucks all around me.

I stayed awhile up there as the sun disappeared and that ripped canvas tore slowly apart like some giant zipper revealing a clear blue grey sky beyond.