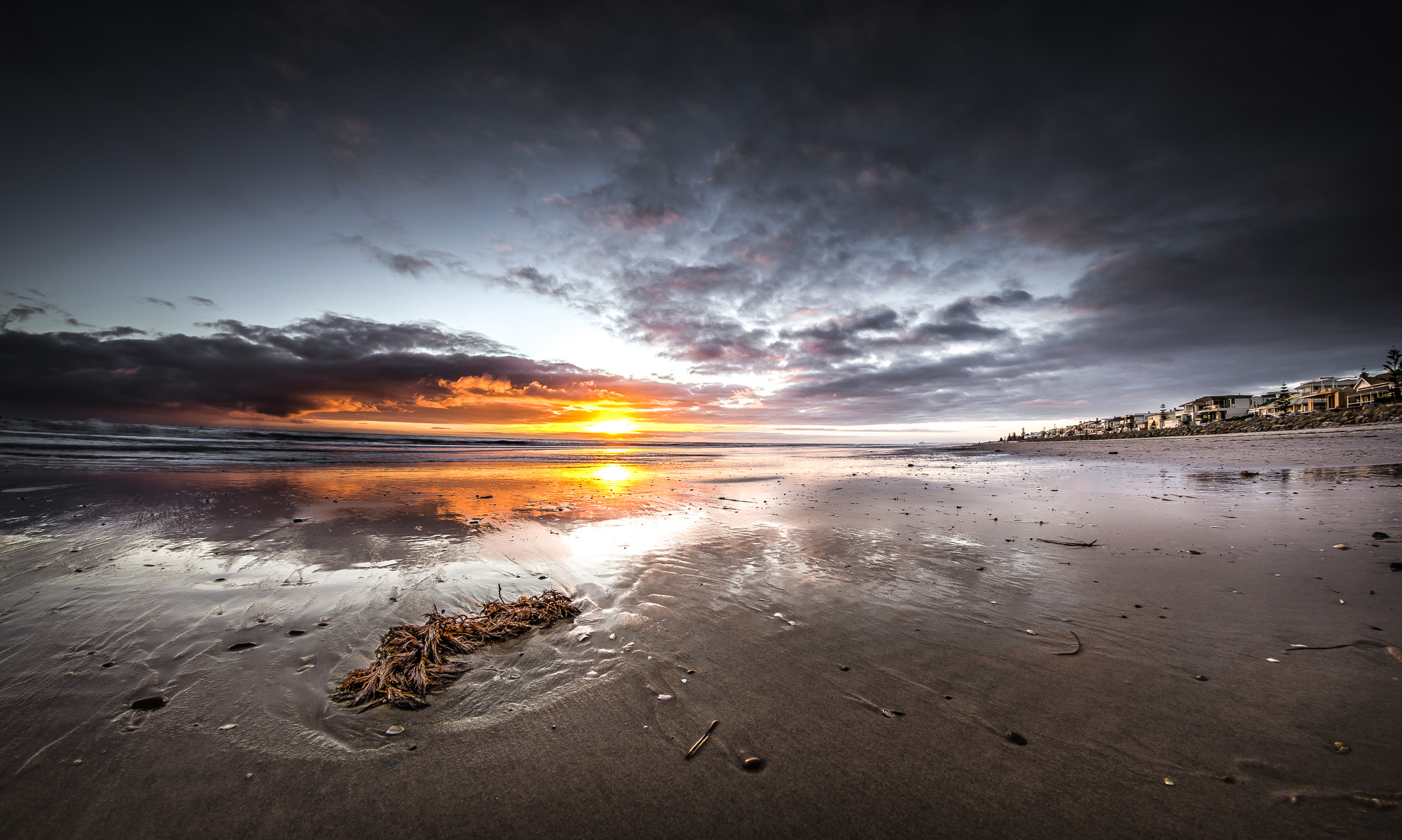 With a strong feeling that there just might be an awesome sky this evening I headed down to Henley Beach about 15 minutes before sunset. The moment I arrived I realised I had made a mistake.

For some months now Henley Beach Jetty has been a no public access construction site as storm damage is being repaired and a new shelter constructed. The interim downside is that it has become a bit of an eyesore and not conducive to lovely images.

Leaving it so late I really had no choice but to make the most of being here and pointed my camera North by North West instead.