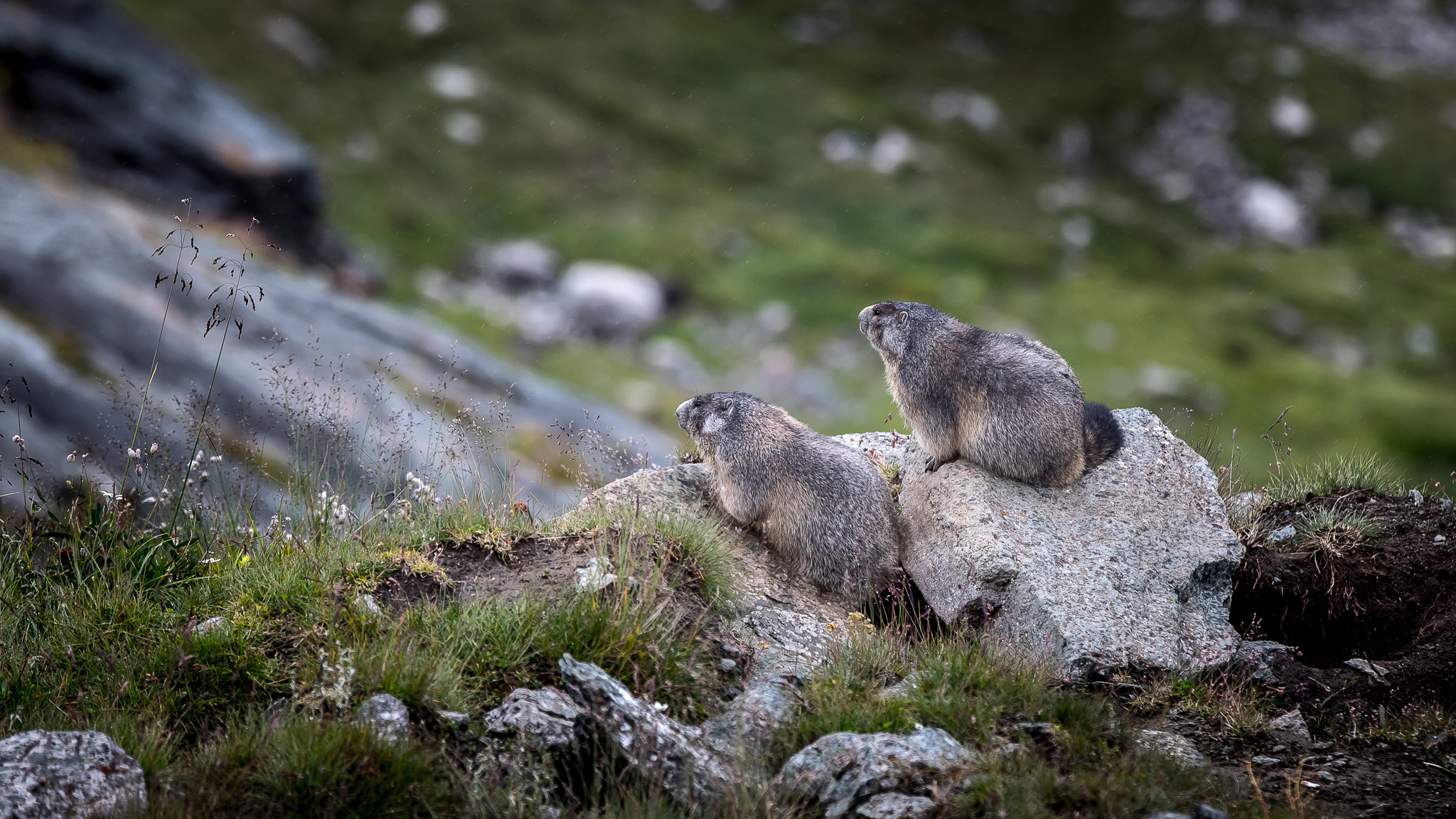 My cousin Roman had talked about ‘the monkeys’ up in the high alps. How they chatter, whistle and shriek between themselves up in the alpine valleys.

I thought he was joking! Monkeys in Austria?

Call it something lost in translation or perhaps a local joke but then we spotted a pair lingering close to their winter burrow.

Marmots, marmots, not monkeys! Such was my surprise to find such cute and cheeky critters high up above 2500 m in a place buried by meters of snow in the winter.

Apparently these guys spend the entire summer grazing on the alpine grasses making themselves round and fat and ready for a long winter’s hibernation ahead.

Later in the afternoon while out walking on my own I crested a small ridge and startled a small family of marmots grazing in the pastures below.

After hearing the warning chatter and the whistles and shrieks echoing through the valley I finally understood why my cousin calls them monkeys.