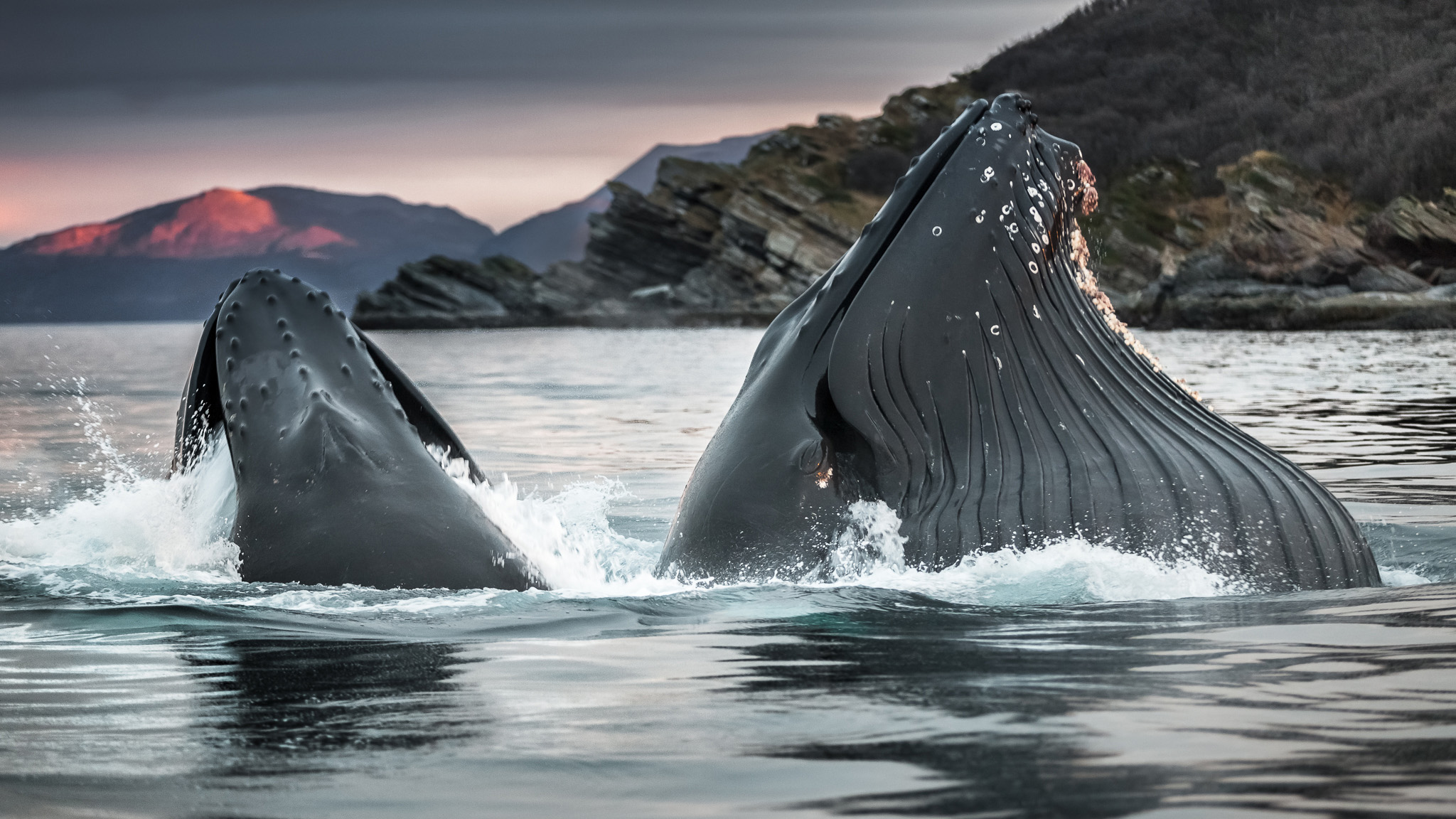 Out before sunrise we headed east then south from Skjervøy in search of orca and hopefully to observe their hunting prowess on the migrating herring.

The orca hunt herring by corralling them into a tighter and tighter swimming mass until the herring school forms a dense ball that the orca force to the surface. At the surface the orca will take turns to charge the school and perform a tail slap stunning the herring and making them easier to catch. This is the behavior we were hoping to photograph.

In the distance we could see the sea birds circling, a sure sign of underwater activity. As we made our way we spotted our first orca also heading in the same direction, … also a good sign that there is something going on. We also passed a couple of humpback whales, who clearly had gotten the same invite, heading again towards the birds!

When we arrived it was clear that there were orca beneath us and busy doing something. Then we noticed the bubbles rising to the surface from some unseen boiling cauldron. “Quick, get ready”, Ali called. Some orca broke the surface while others continued below and then suddenly the ocean went quiet.

Without warning two enormous humpback whales suddenly emerged from the center of the bubbles with mouths agape reaching nearly three meters into the air. Their mouths closed in on what must have been a tonne of herring and seawater. There was a brief pause at the surface to allow the seawater to drain through their sieve-like baleen before they slipped quietly away beneath us. The herring never stood a chance.

“There goes our bait-ball’, Ali sighed, as the orca who had worked so hard abandoned their gatecrashed breakfast in search of a meal elsewhere.

This kind of behavior happens often as the humpback are attracted to the sound of the orca at work who need to work quickly to ensure they get to eat first. In general the orca accept this when the herring is in abundance but in leaner locations or times that tolerance runs low and the orca will actively chase away any potential breakfast gatecrashers.

One thought on “Breakfast Gatecrashers”