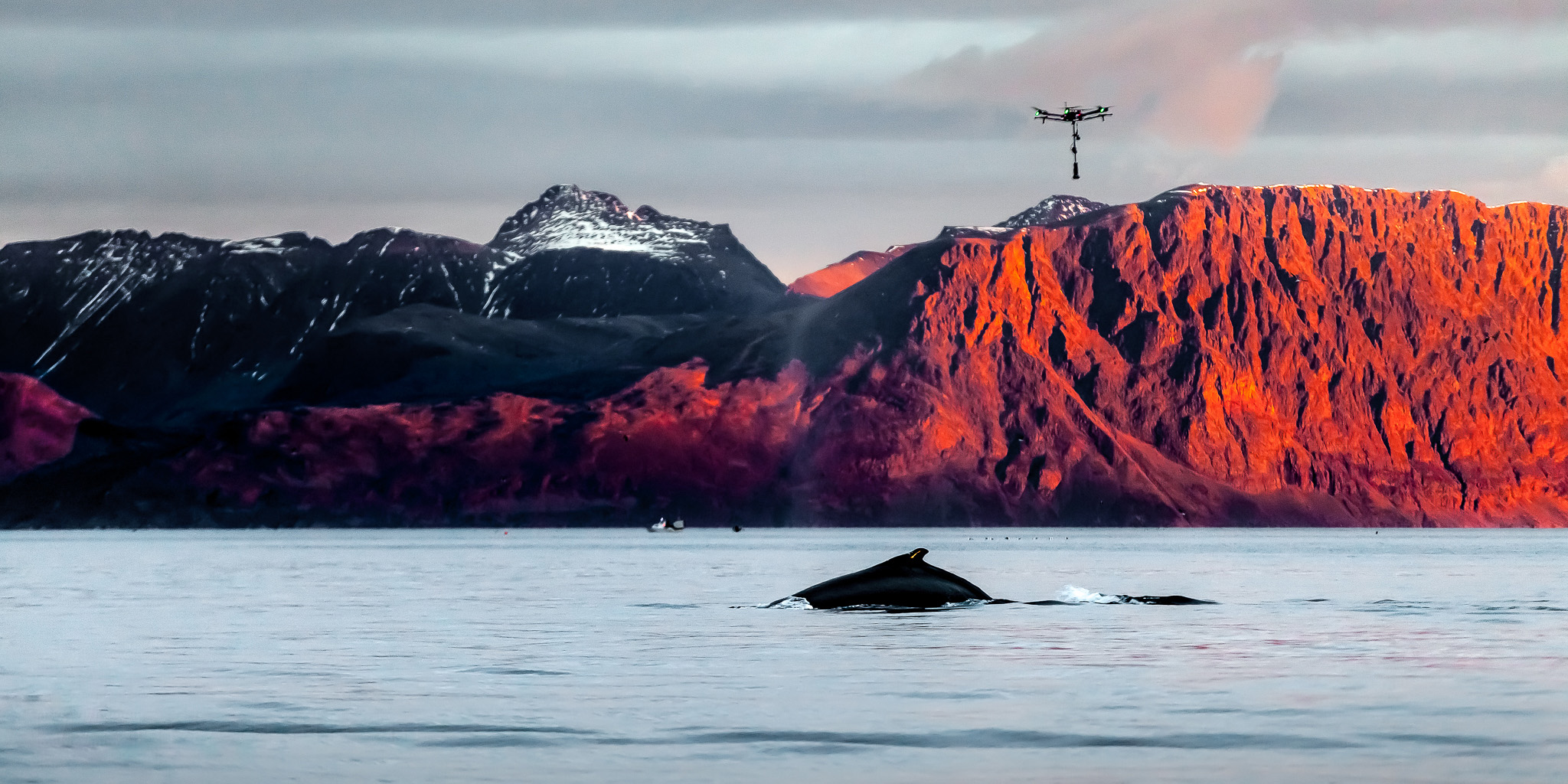 It’s not everyday you see such a juxtaposition of ideas in the one moment.

Here we are watching one of the oldest creatures on the planet being stalked by a new predator, the new tech on the block, the drone.

Then there is the realisation you just might be looking at that killer National Geographic footage of a humpback whale preparing to dive from a vantage point you could never have imagined not so long ago. Except that you are outside of the illusion which will capture the imagination of thousands if only for a fleeting moment before the next jaw dropping scene rushes them on to the next visual feast.

Out here it all happens as it happens; in its own good time. That drone or even our photographs may capture beautiful moments but it can never capture an entire day or week or season. To experience that you simply have to be here. Not just for the spectacular moments but for all the spaces that separate them.

Still, I’d love to have been that drone.