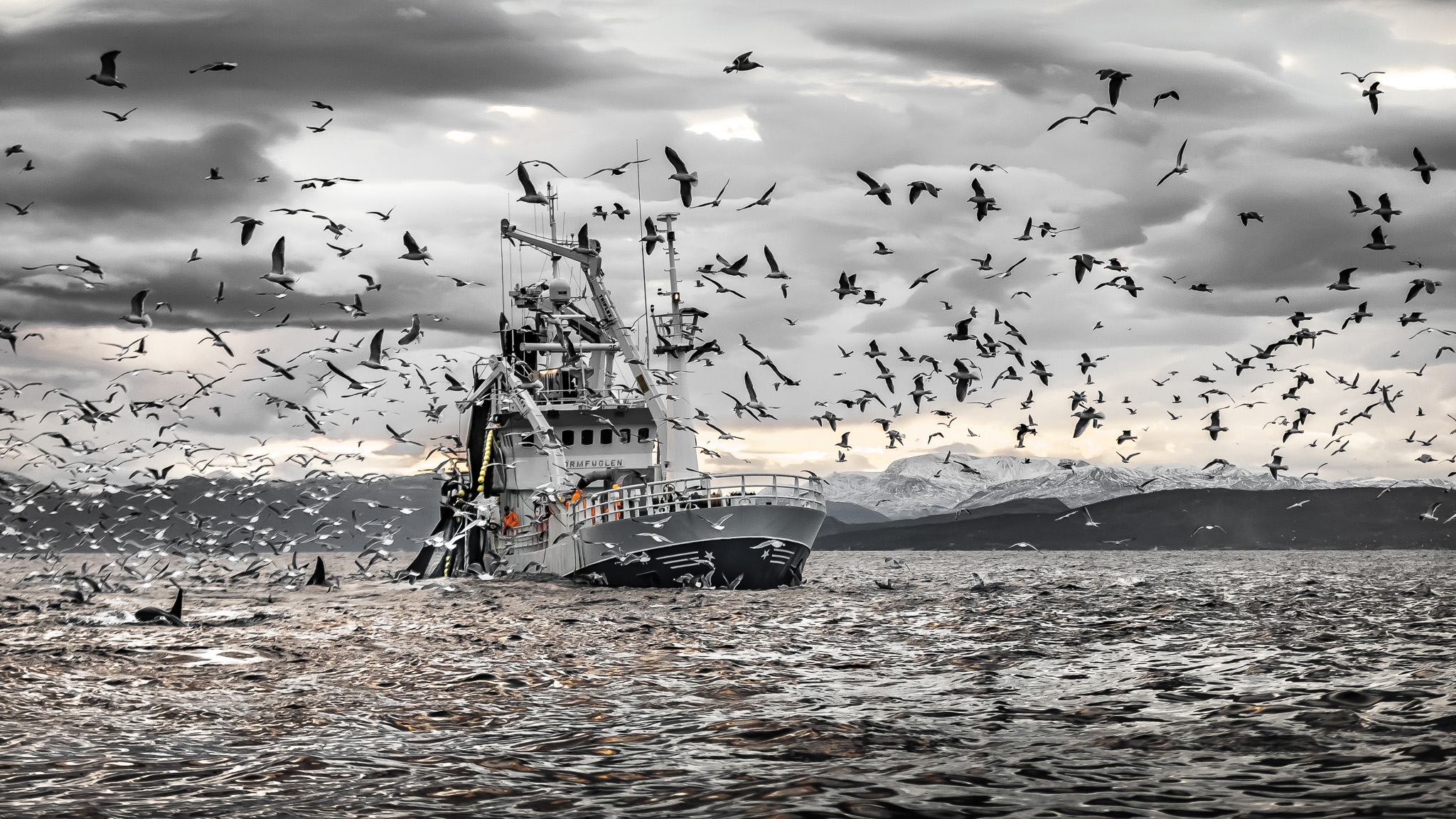 When we arrived in Skjervøy we realised for certain that it’s all about the fish and not the orca.

This little Norwegian town with it’s spectacular backdrop of snow capped peaks is all about fishing. When we arrived in port we were struck with the scale of the fishing support infrastructure for such a tiny place.

On the wharves were cranes so large they’d be at home on a multistory construction site. Here they were being uses to haul fish and fishing nets from the boats.

As for the orca, those beautiful creatures I came half way around the world to swim with, you can see a few here in this image frustrating the fishermen as they haul in their nets. Usually the orca will circle the nets pulling herring through the netting one by one. A riskier but more productive tactic is to jump into the net, not to eat the herring, but to force the fishermen to release the net and releasing all the captured herring to the attendant orca, humpback whales and seagulls,

So it’s always been all about the fish here in Skjervøy and the orca, though a nuisance to the fishers are a boon for us