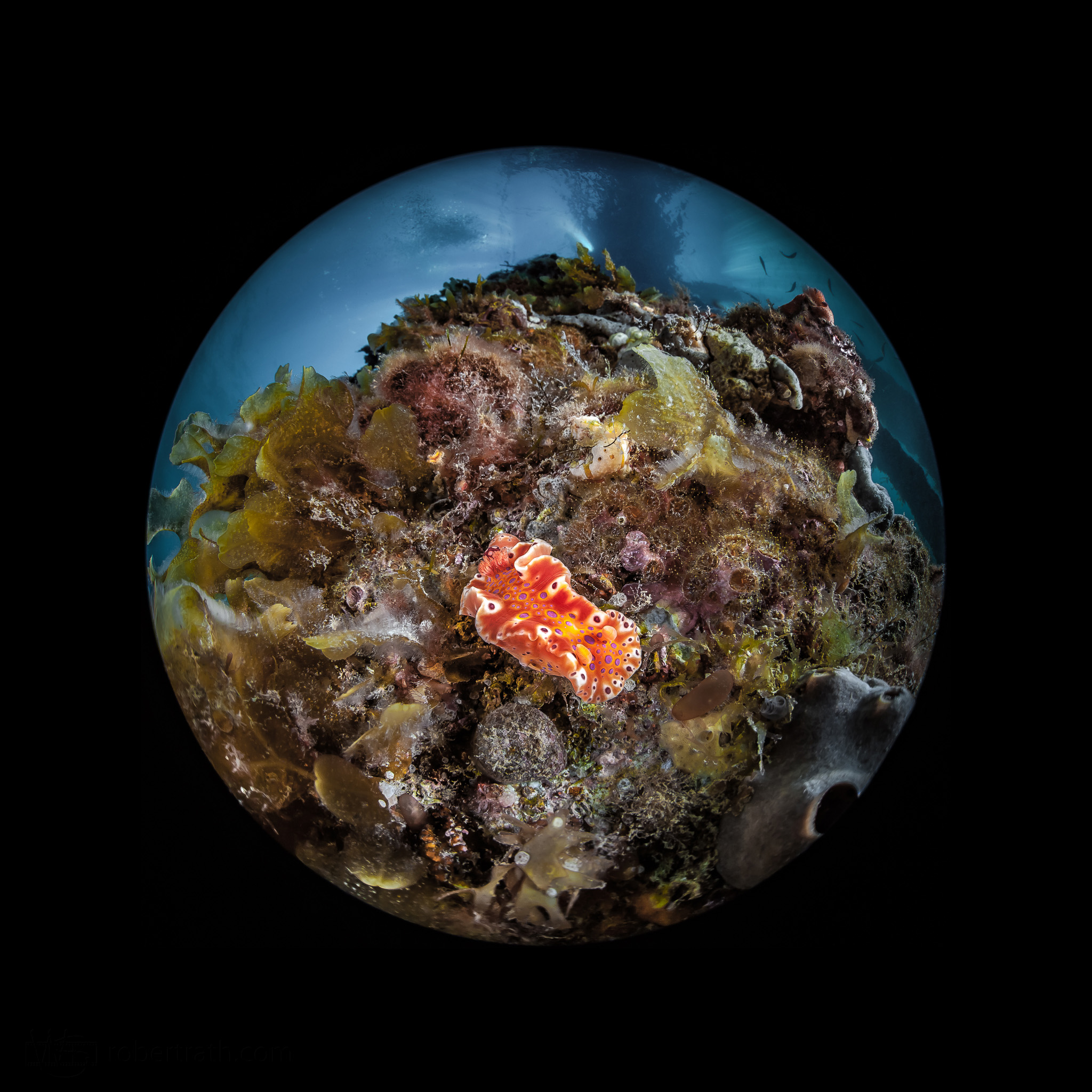 In the visual cacophony of this scene the camera has captured everything from the jetty pylons and fish swimming near the surface to the bright orange nudibranch grazing on the rocky reef foreground. Is this really a fish’s eye view within the underwater world? Perhaps, but not for the reasons you might think.

Optically speaking the lenses of all creatures with non-compound fleshy eyeballs including fish, reptiles, birds and mammals including us would all be classed as ‘fish-eye’ according to camera lens manufacturers. Those normal rectilinear lenses we are so accustomed to on our cameras are an intentional optical debasement which introducing their own unique distortion in an attempt to replicated our brain’s ability to straighten curves when our common sense tells us they should be straight.

A fish-eye lens, in its simplicity, lets the brain of its beholder do the work instead. As for how fish feels about those peripheral curves as they swim about their business, I’d suggest they could not care less about straight lines anyway.