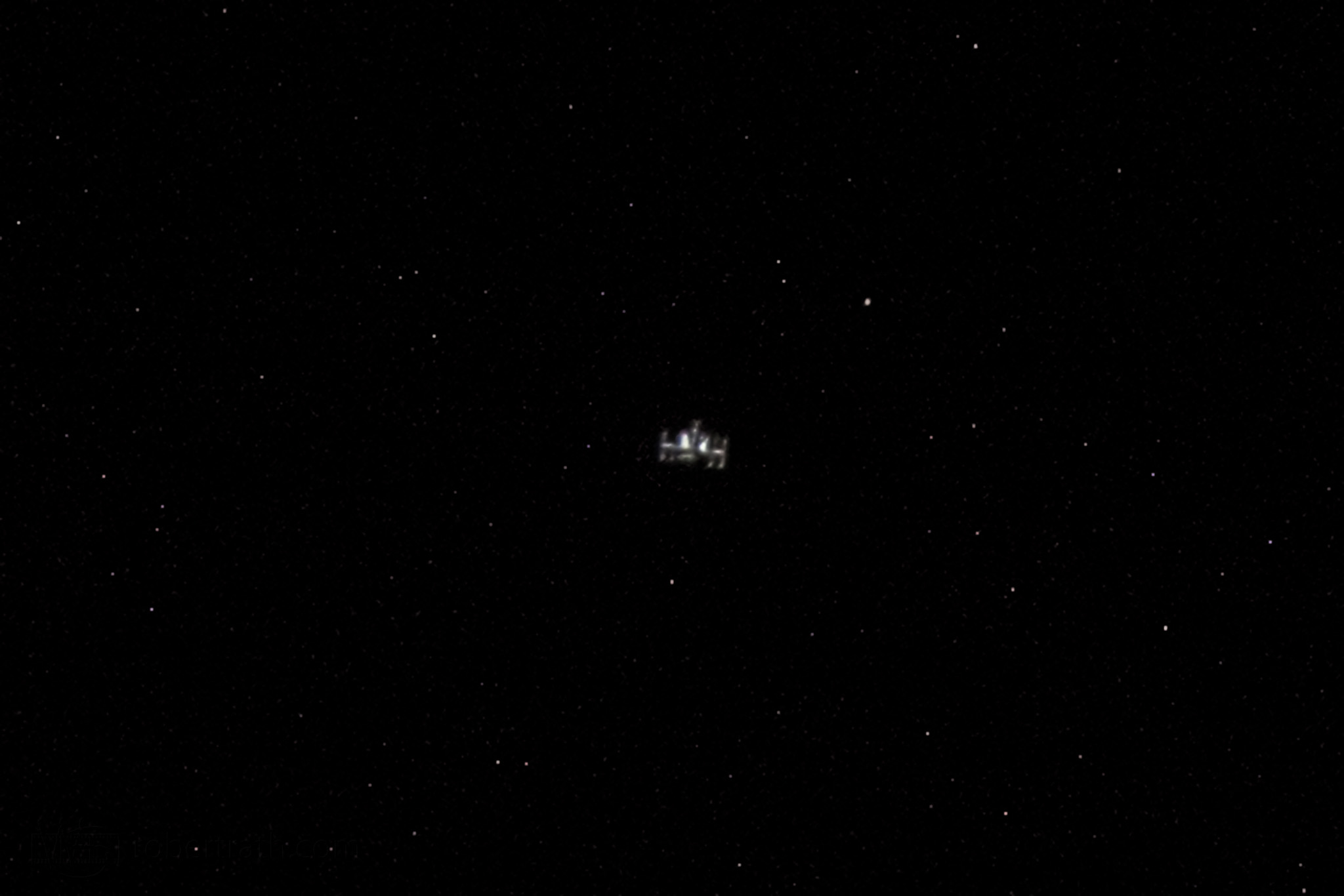 This morning I had no idea the International Space Station would be zooming overhead this evening but when I heard about it I made a mental note to have a look and hoped for a clear sky.

Tonight after dinner I threw a big lens (800mm) on my camera, headed out to the back-yard and waited.

At first it looked like just another star in the south west
except this was heading straight over our heads. At about 45 degrees it started to brighten significantly and by the time it raced overhead it was the second brightest thing in the night sky after the waxing moon.

It soon started dimming again as it headed towards the north east and at around 45 degrees from the horizon it faded to nothing as it was enveloped by the earth’s shadow.

I had no idea if I would capture anything recognisable. As it turns out it was not so hard after all (well except for focus and exposure but that’s another story).