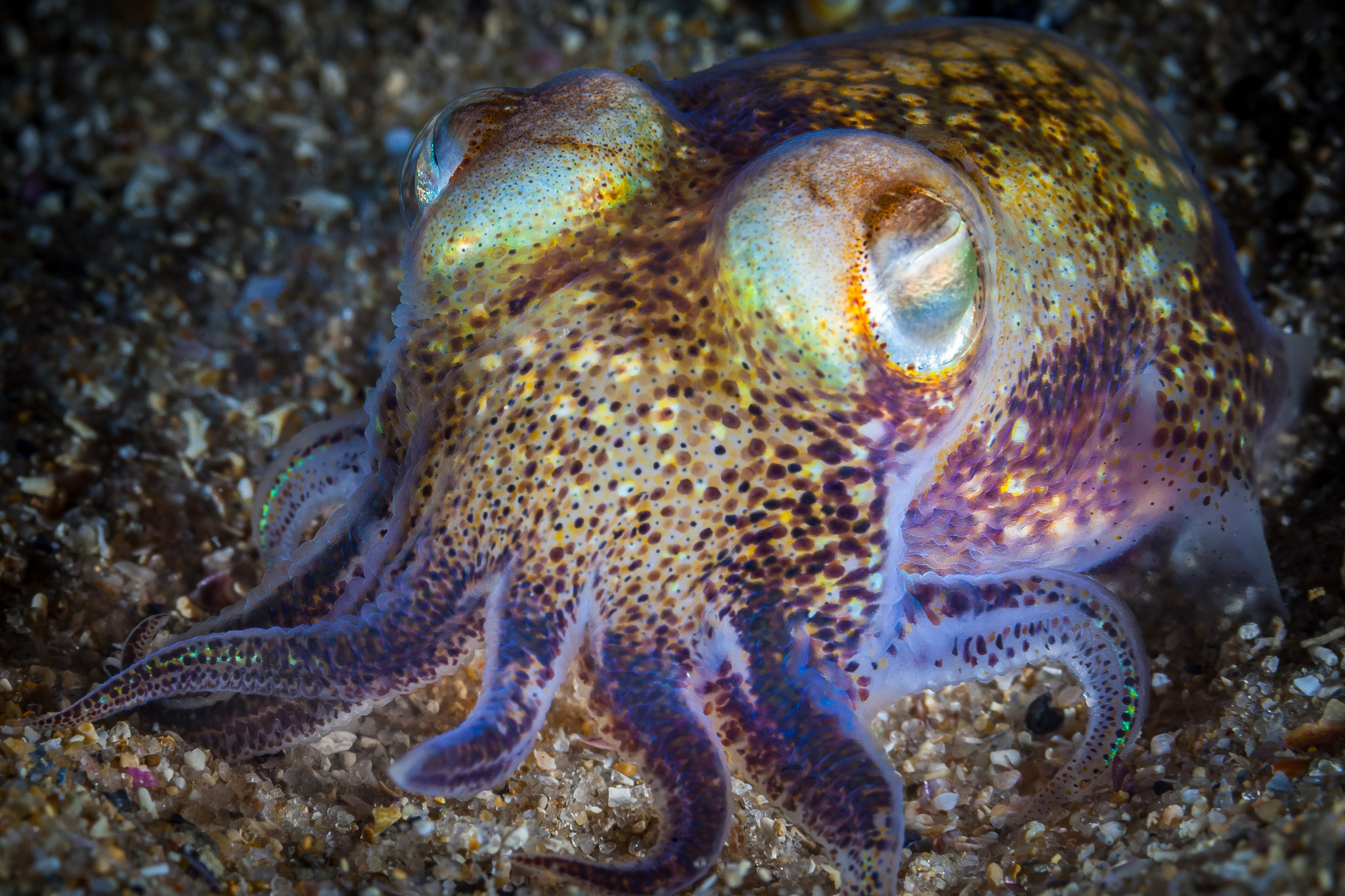 The last time I dived at Port Noarlunga the entry steps down to the water at the end of the jetty were broken and boarded off from access. Last night was a great treat as I got to try out the brand new dual lane super steps. What a treat!

Visibility however was not fantastic, perhaps 2-3m at best making it very easy to get lost. Not many fish either last night but lots of small critter action to make up for both.

One awesome critter we found was this super cute Southern Dumpling Squid, Euprymna tasmanicas. Actually we found quite a few of these in the sand south of the jetty and they always make be grin.

We spent just over 70 minutes which was more than enough in the chilly 13 degrees water. We exited via the short ladder and platform near the start of the jetty and I was once again reminded why climbing ladders and carry camera gear while half frozen never makes for classy end to a dive.

Despite the cold it’s nice being back in the water again.