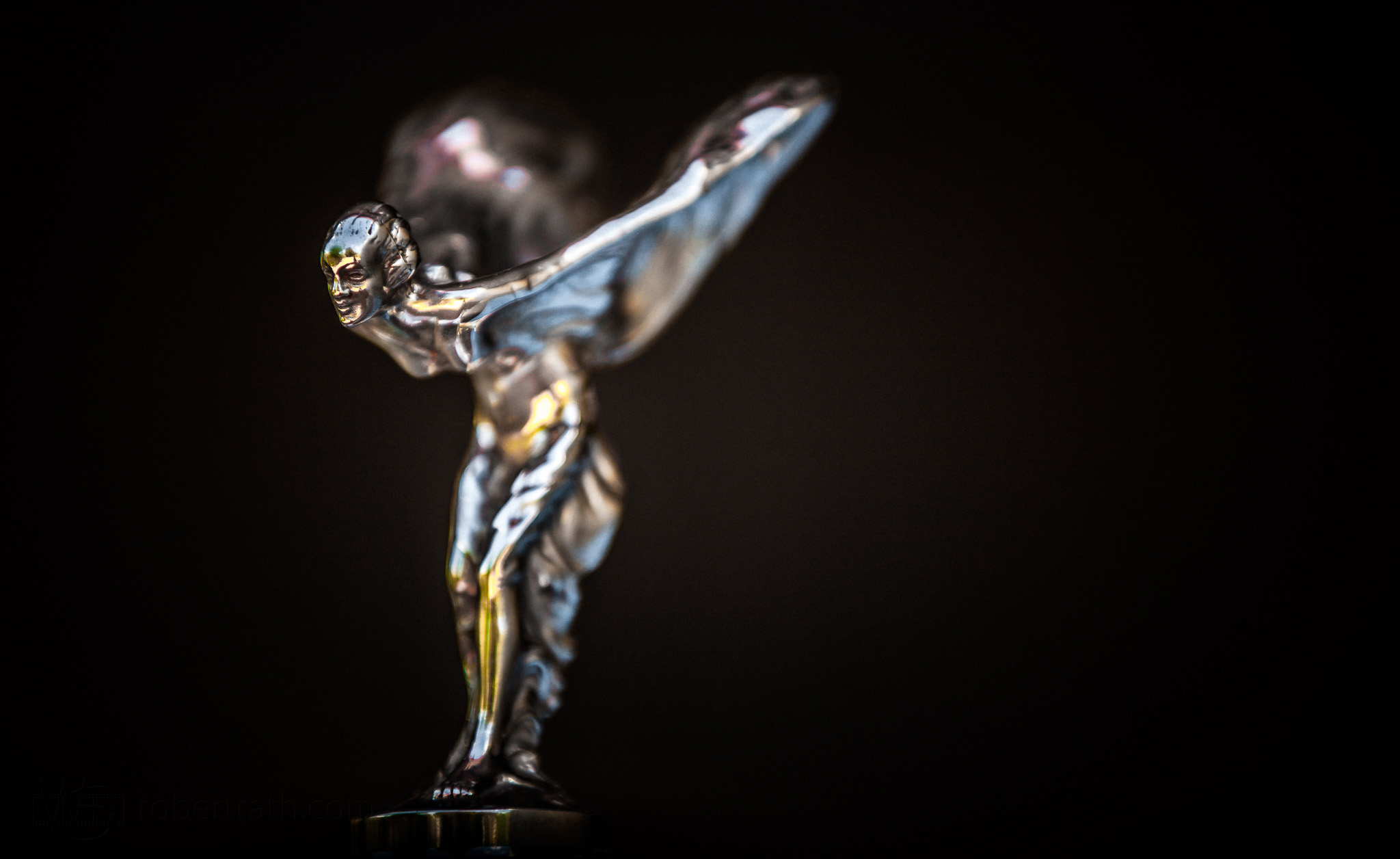 One of the most iconic images of automotive history, the Rolls Royce Spirit of Ecstasy, a symbol of opulence and wealth, carries with it a hint of another a story. A story of forbidden love and of tragedy.

Here she sits, no longer being driven, under a carport in outback Broken Hill. Her last steward, with us no more. I wonder what Pro Hart thought of her as he drove her around adorning his own Rolls Royce Corniche?

The work of artist Charles Robinson Sykes, she’s known as ‘The Silver Lady’ or ‘The Flying Lady’ and sometimes as ‘Eleanor’ after Eleanor Thornton, mistress of Baron John Montagu of Beaulieu. It is strongly believed that Eleanor was Sykes model and inspiration.

In 1913 Sykes created ‘The Whisperer’, styled on the ‘Spirit of Ecstacy’, to adorn the bonnet of Montagu’s Silver Ghost. The four inch tall figurine with flowing robes and a finger pressed to her lips belied the secret love affair. Tragically Eleanor drowned two years later when she and Montagu were sailing through the Mediterranean, their ship torpedoed by a German U-Boat.

I’ll never look at a Rolls Royce quite the same again especially one with the ‘Spirit of Ecstasy’ adorning her bonnet. That statement of wealth and opulence will always be there but now I’ll see a human story too.