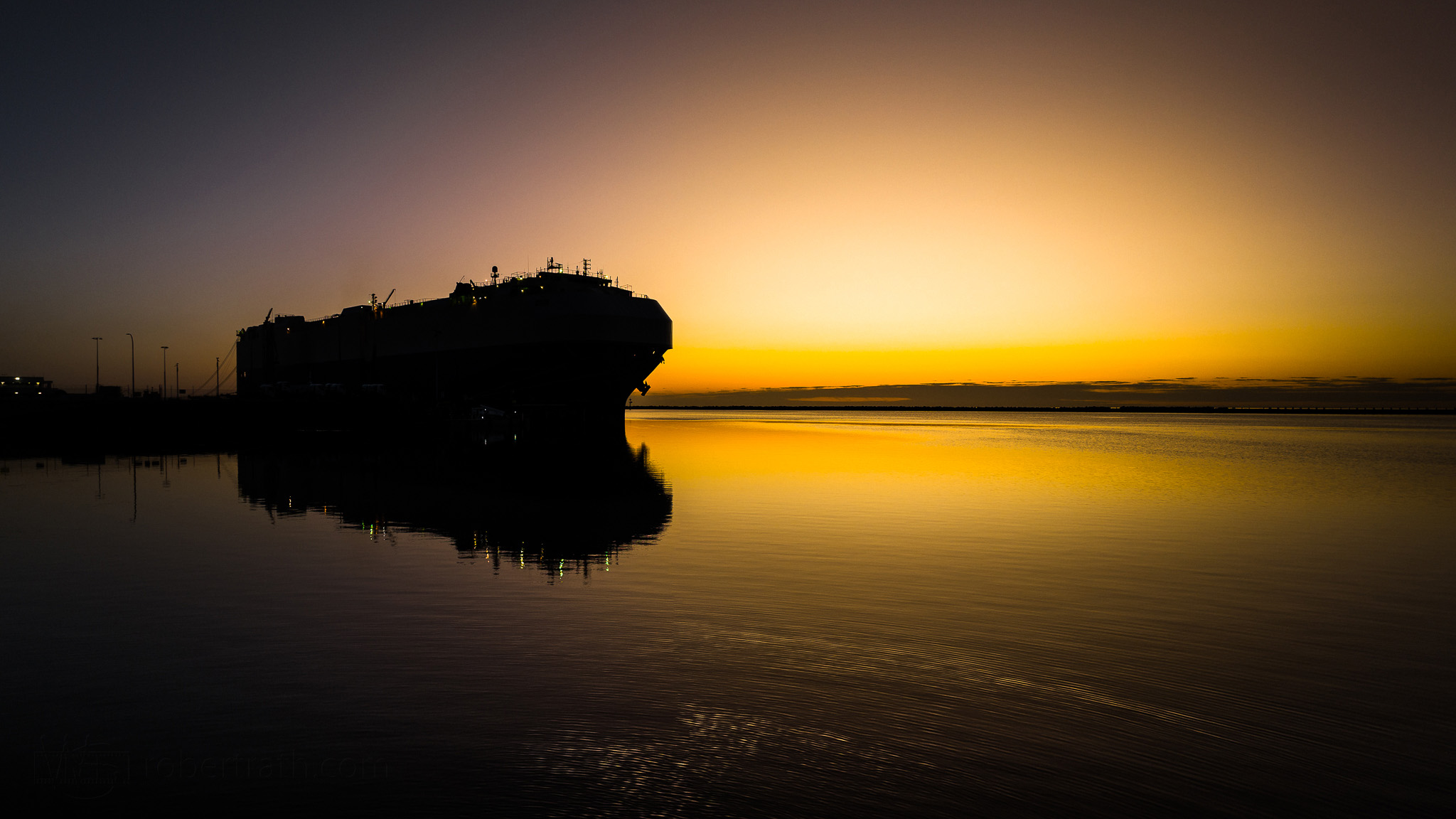 In the golden twilight of Outer Harbour the Japanese flagged ‘Firmament Ace’ rests before its next port of call.

With a dry weight carrying capacity of over seventeen thousand tonnes, its my guess that a full cargo load would be between four and five thousands vehicles.

It’s behemoths like this that remind me just how much we rely on the ocean, mega vessels, skilled mariners, and port bound stevedores for keeping the cogs of trade turning.