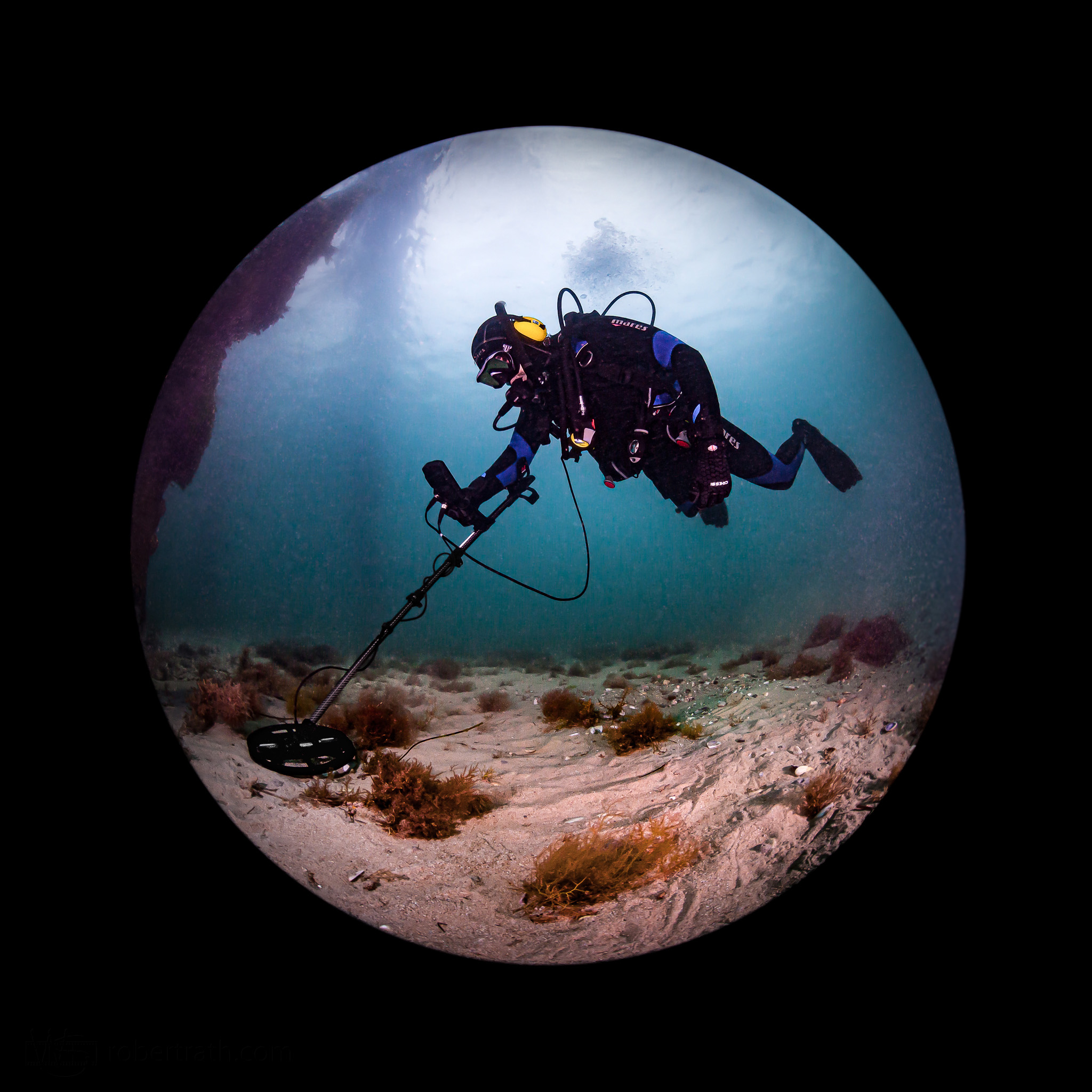 A few weeks ago I was asked to do some waterproof testing on a new product about to be released, Minelab’s new coin and relic metal detector called Manticore.

The brief was simple, stay down at depth for an ‘extended’ amount of time and work the detector hard. Twist it, flex it, shove it hard into the sand and generally use it with the enthusiasm of a ‘detectorist’. So a grabbed my work colleague Saxon and we took Manticore on a treasure hunting dive adventure.

Many beach goers will be familiar with detectorists as they comb the sand searching for coins, rings, watches and other jewellery that may have become estranged from their owners. Often you will see them in the beach surf where it’s almost a lost cause trying to find anything you may have lost.

Manticore is a detector that can leave the surf behind and go scuba diving giving access to sites of a more archaeological significance such wrecks and long abandoned marine structures. In other parts of the world rivers and lakes hide relics of old civil and national conflict. Even though South Australia is not known for historic conflict or pirates with treasure, any detecorist will tell you, ‘you never now what you might find’.

Though Manticore performed flawlessly we didn’t find any buried treasure, just lost fishing tackle, but we’ll be back and next time it will be for the gold!