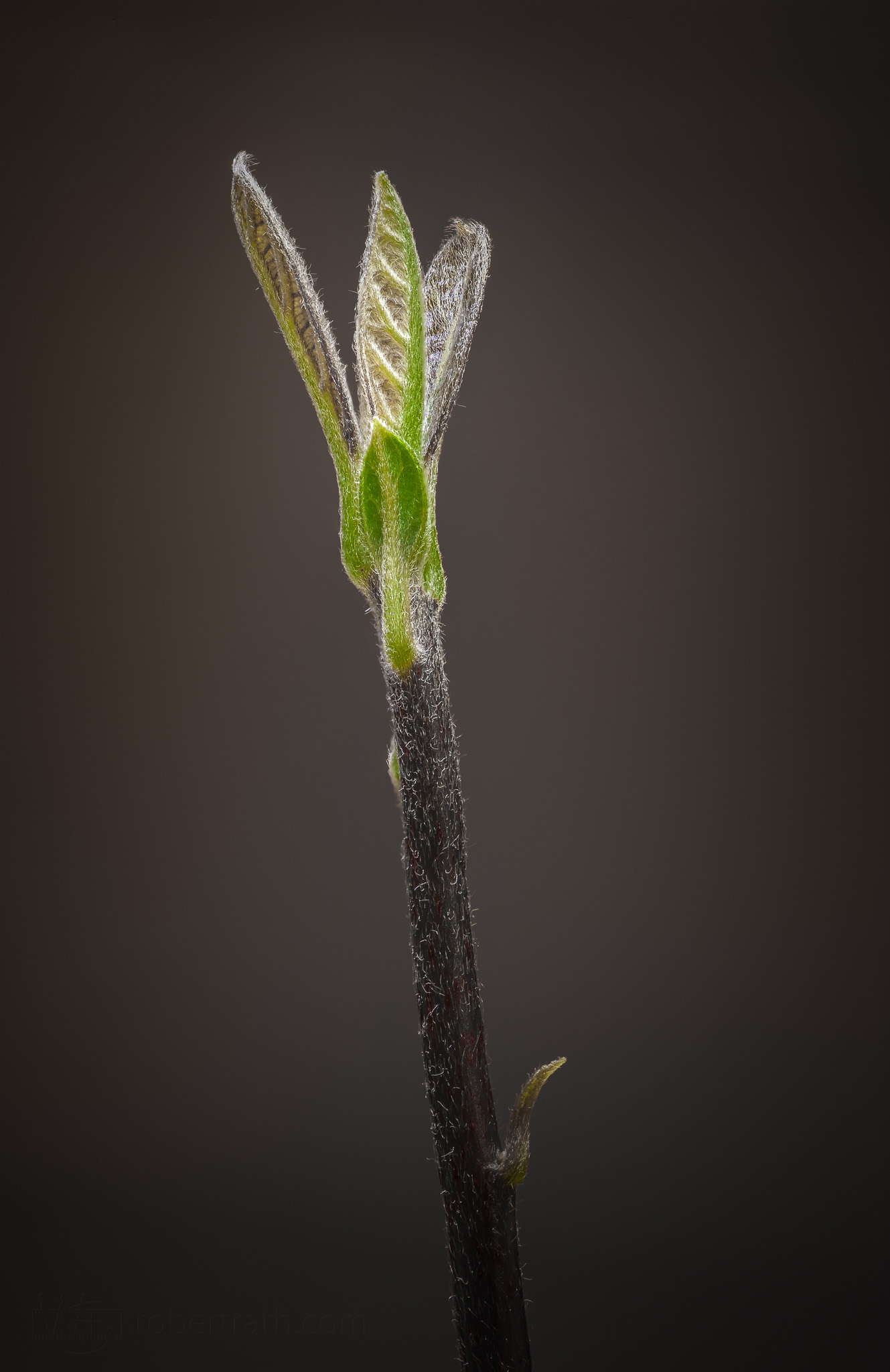 I love avocados but they are not the sort of thing I’d imagine growing here in Adelaide. So just for fun I put a discarded seed into a pot instead of the bin and waited.

I waited, and waited and waited. All through summer, nothing. All through autumn, nothing. At the beginning of winter I brought the pot inside from the cold and put it up on the window sill. Almost like magic (which is a good explanation for life generally) it began to grow. Within a few short weeks the sprout had grown to nearly 12cm with four tiny cute leaves at the top of a long thin stalk. That’s one avocado rescued from the oblivion of municipal waste!

In creating this image I am experimenting with a technique called ‘focus stacking’ used in macro imaging to expand the captured depth of field. At f/8.0 my working depth of field here is about 0.2mm meaning I could only hope to get a small part of one leaf in focus at best. Stopping down the aperture from here loses resolving power as the physics of light and optics and aperture conspire to trade greater depth of field with a blurred overall fuzzy mess.

In this image I have however been able to produce an expanded depth of field over about 6.0mm by focus stacking. I created a sequence of 34 individual images starting with the first having the very foremost part of the image in focus. For each successive frame I moved the focus 0.2mm further away until by the last frame the very edge of the back leaf was in focus. Finally I used a combination of LightRoom and Photoshop to bring all 34 images into a single frame with the full detail rendered from front to back.

Not only have I rescued an avocado but learned something new as well.