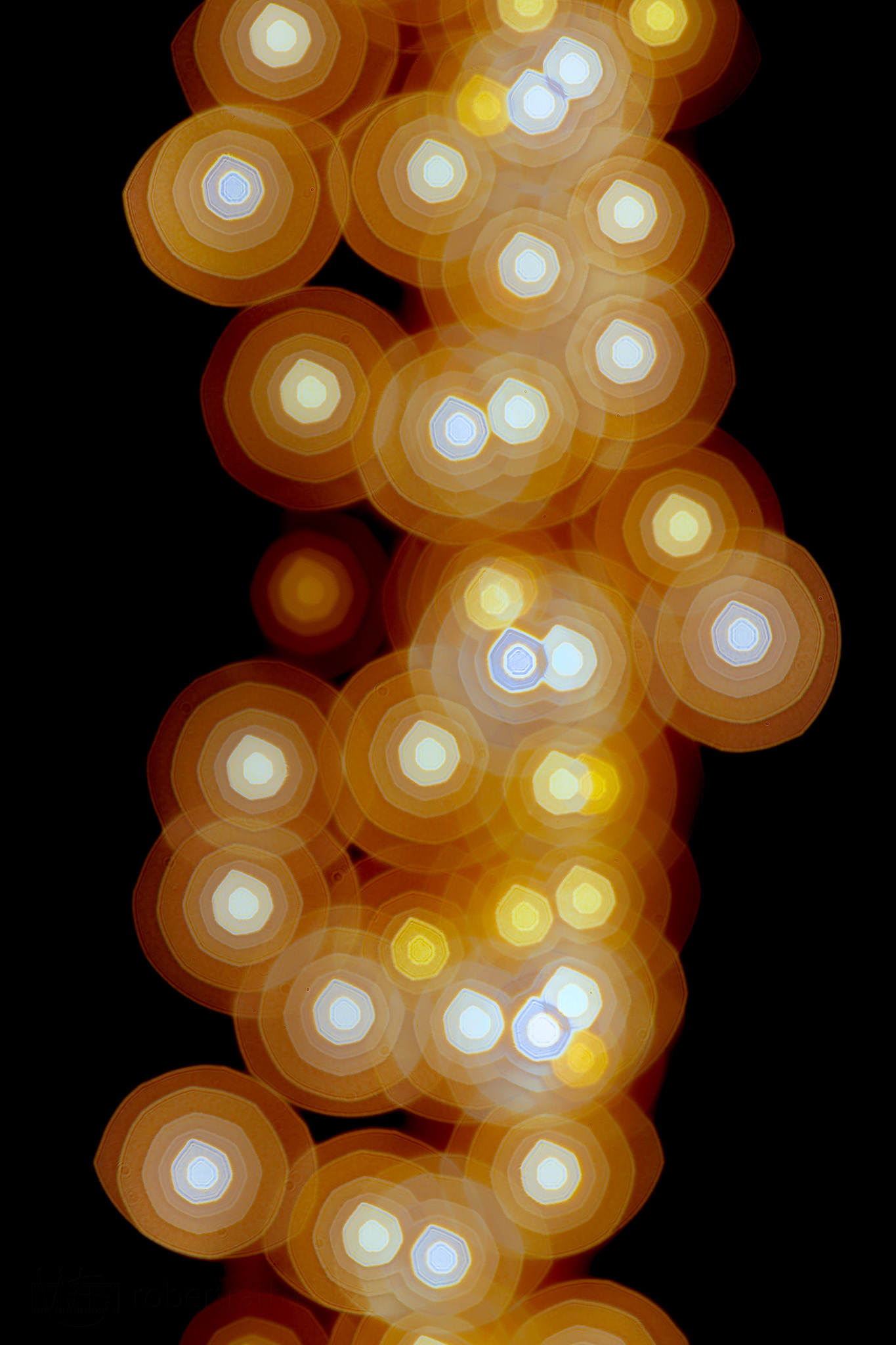 I really like the bokeh of some lenses and this is not one of them!

This image was captured using the old Canon 100mm macro. I started out wanting to create some beautiful background bokeh but wide open this lens still shows impingement of the blades. This is especially noticeable in comparing bokeh images between top and bottoms of the frame.

After deciding I could not use the bokeh from this lens I decided to just play around. So this image is a fusion of 7 identical images taken at progressively smaller apertures starting at f/2.8 and ending at f/11. As I stopped down I found I had to start to shorten the exposure as the light became progressively concentrated.

If nothing else it was an interesting exercise in depth of field, light and bokeh.