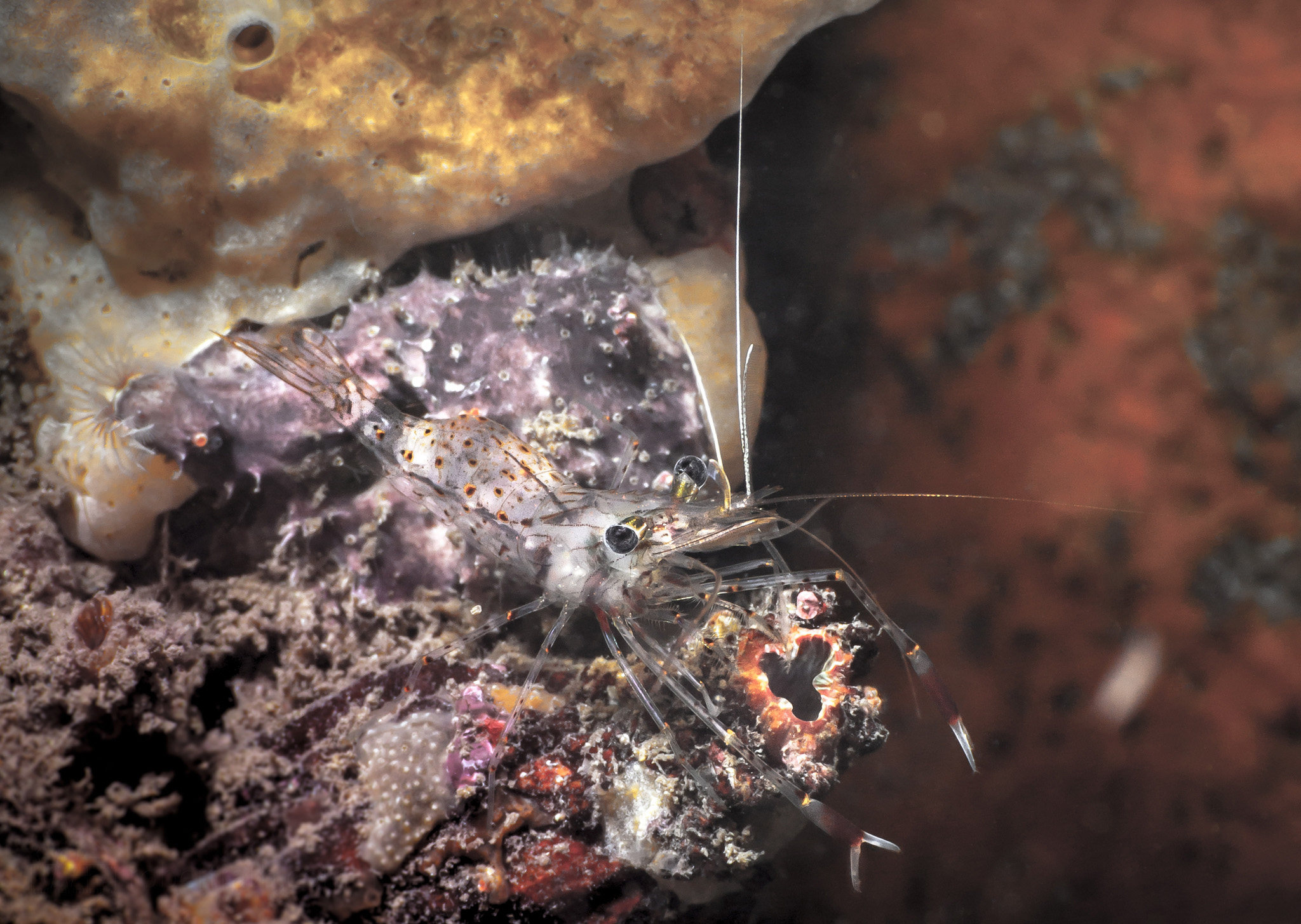 I can’t believe it has been nearly eight years since I last photographed a shrimp!

It should have been an easy one to identify but really I am stumped. The best I can come up with is some species of Rhynchocinetes.

There is little spot under Edithburgh Jetty, a jumbled clump of concrete blocks, where these guys seem to particularly like hanging out. Now that I know I will be back with barbie in tow. Well actually probably not! 😉