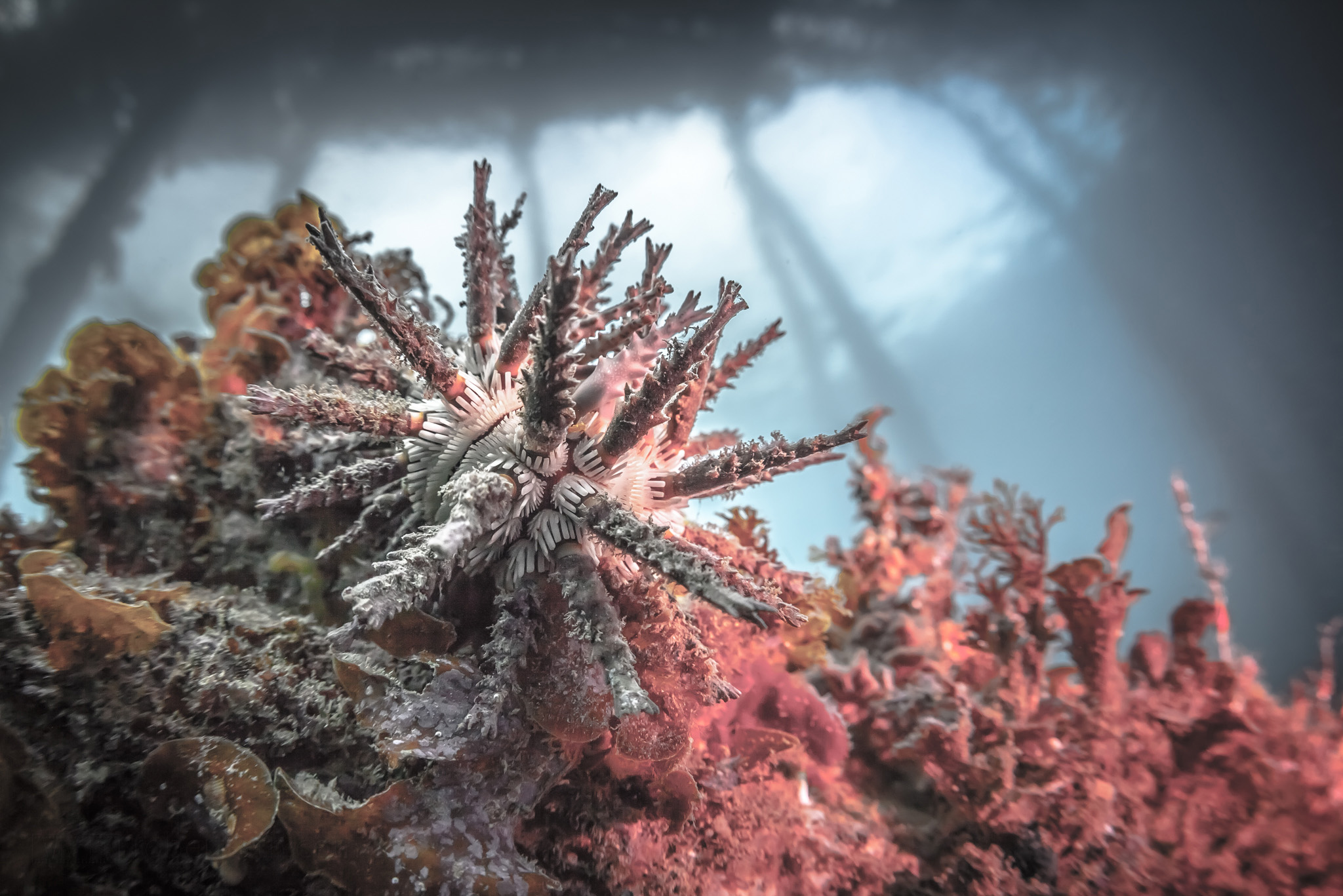 Such a strange name for a strange creature; Goniocidaris tubaria.

Actually this odd looking ball of spikey arms is one of our local sea urchins. There really is nothing typical about the appearance of a sea urchin. They all have a hard body called a ‘last’ but the ‘last’ is an internal structure and not like the exoskeleton of crustaceans such as crabs and crayfish. There after their diversity of appearance is amazing with countless combinations of body shape, arms and arm structure.

Surprisingly sea urchins are quite mobile as they cruise over rocky or coral reef eating algae by scraping it off with the five sharp teeth surrounding their mouth.

As for the strange name, and true to form in the natural world, if you can’t eat it or it has no commercial value it only ever gets called by an unpronounceable utterance of Latin, Goniocidaris tubaria.