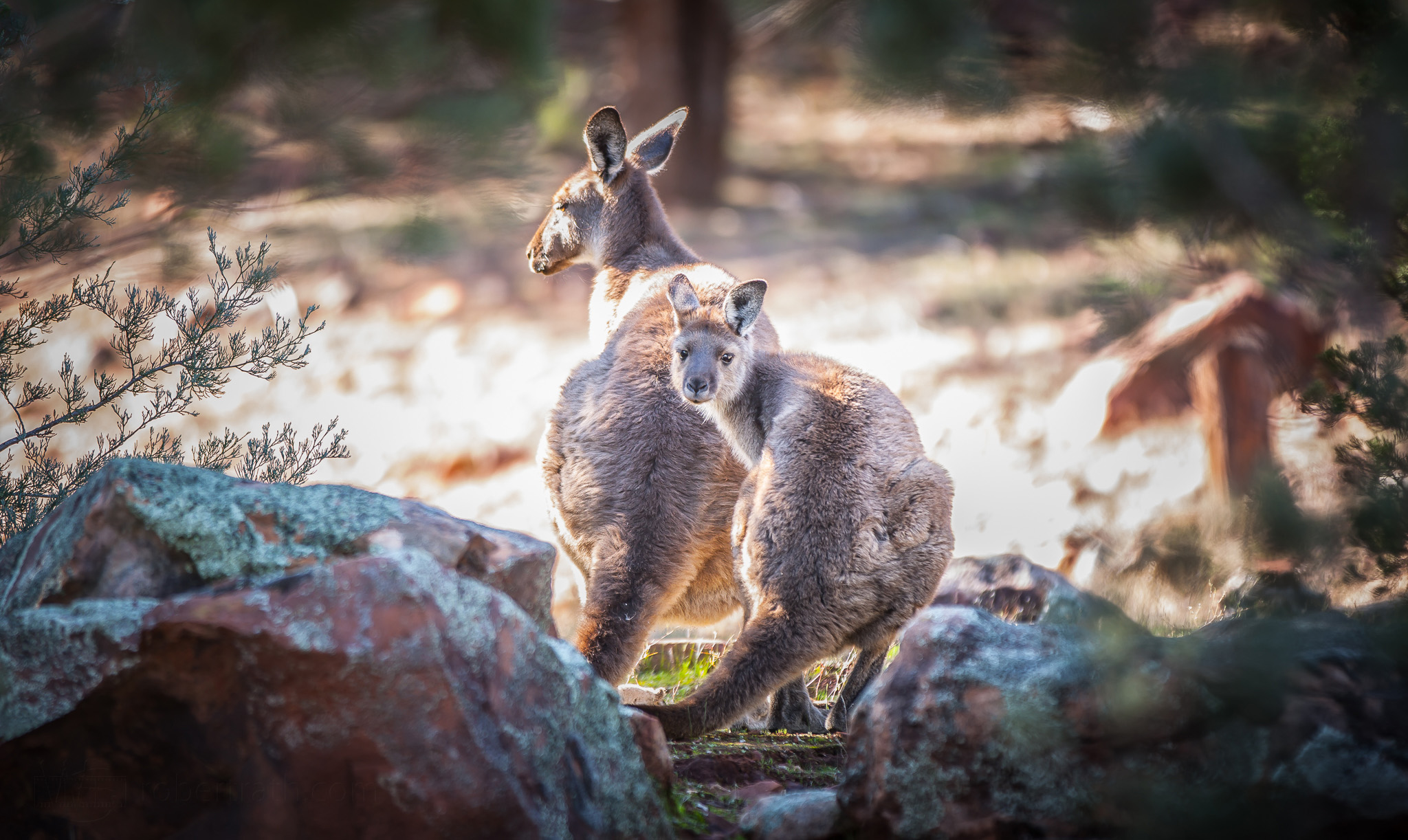 Contrary to popular international belief you will almost never see a kangaroo in the general urban environment.

Venture 30mins to an hour away from any populated center and you will need to watch out for them while driving at night.

Go camping in any of our National parks and they will be an intermittent part of the scenery.

I made this shot on a walk around the outside of Rawnsley’s Bluff in the Flinders Ranges. We had spotted the pair, a mother and her adolescent, near a creek but we spooked them and they took off.

On the return walk I held back and walked a little way up the creek where we had spotted them earlier. I sat down and waited. Two minutes later I noticed some movement. They had been watching me all along keeping very still so I almost walk past them. If I had not stopped and become quiet for a while I would have missed them for sure.

So here they are. I called them Kanga and Woo.