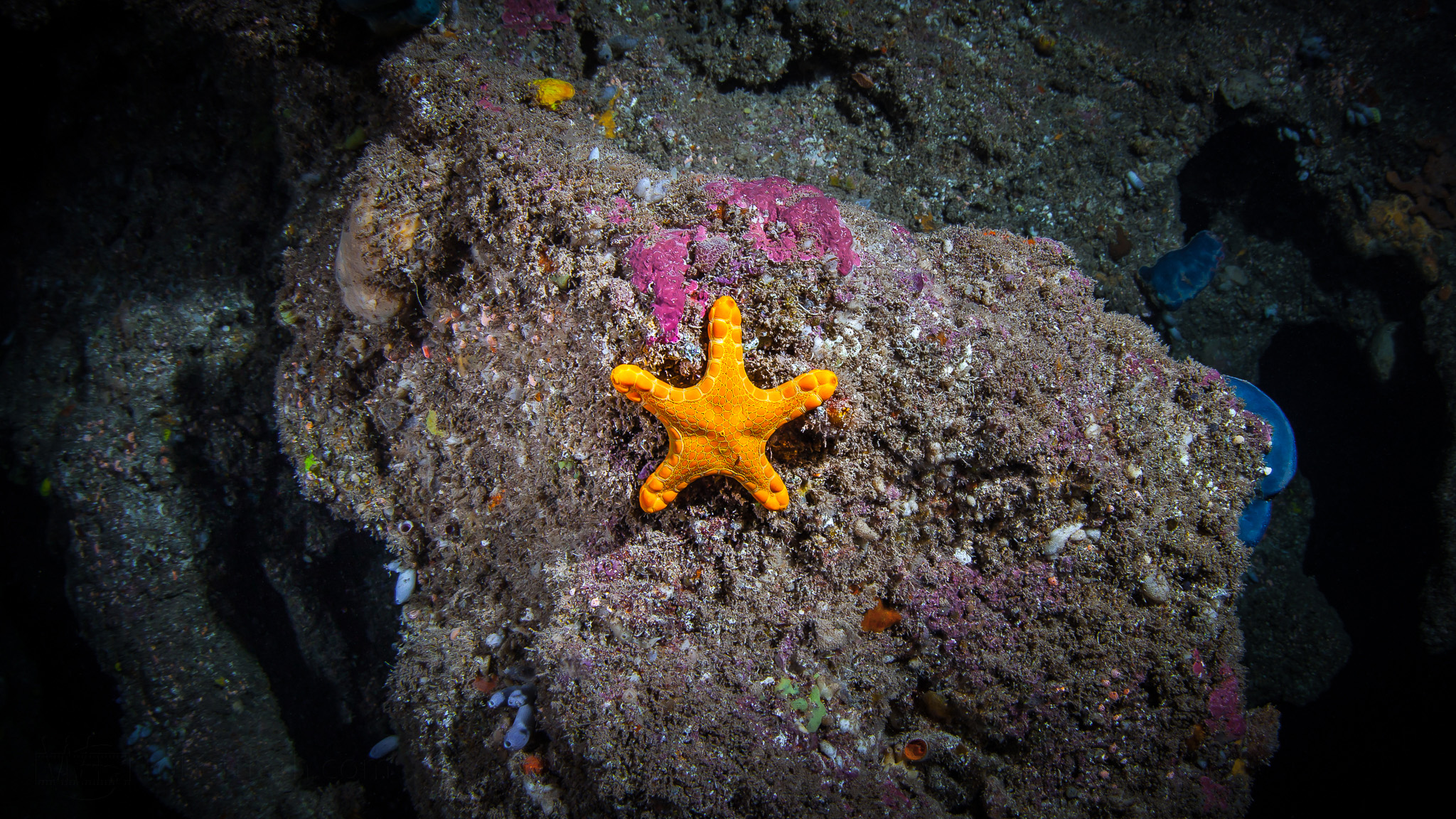 This cave dwelling sea star caught my attention by being perfectly oriented, in the middle of a large limestone outcrop and being so contrasted to its surrounds.

When I think of cave diving I imagine beautiful colours, strong surging currents, prolific life, corals, ascidians, sponges and sea stars. It’s as if we are on different planets.

This small cave on the ocean side of Chinaman’s Hat Island is just one of the many caves, ledges and swim-throughs that make this dive one of the most spectacular accessible shore dives of the Southern York Peninsula.

Diving here is the perfect example of the rugged oceanic South Australian limestone coastline. Big swells or high seas make many locations like Chinaman’s Hat too hard or too dangerous. On a good day (and even then you have to work for it with an initial swim out to the island) it is spectacular. On a bad day leave the gear in the car and grab a surfboard instead.

Yes I like caves; salty ones full of cave dwellers.