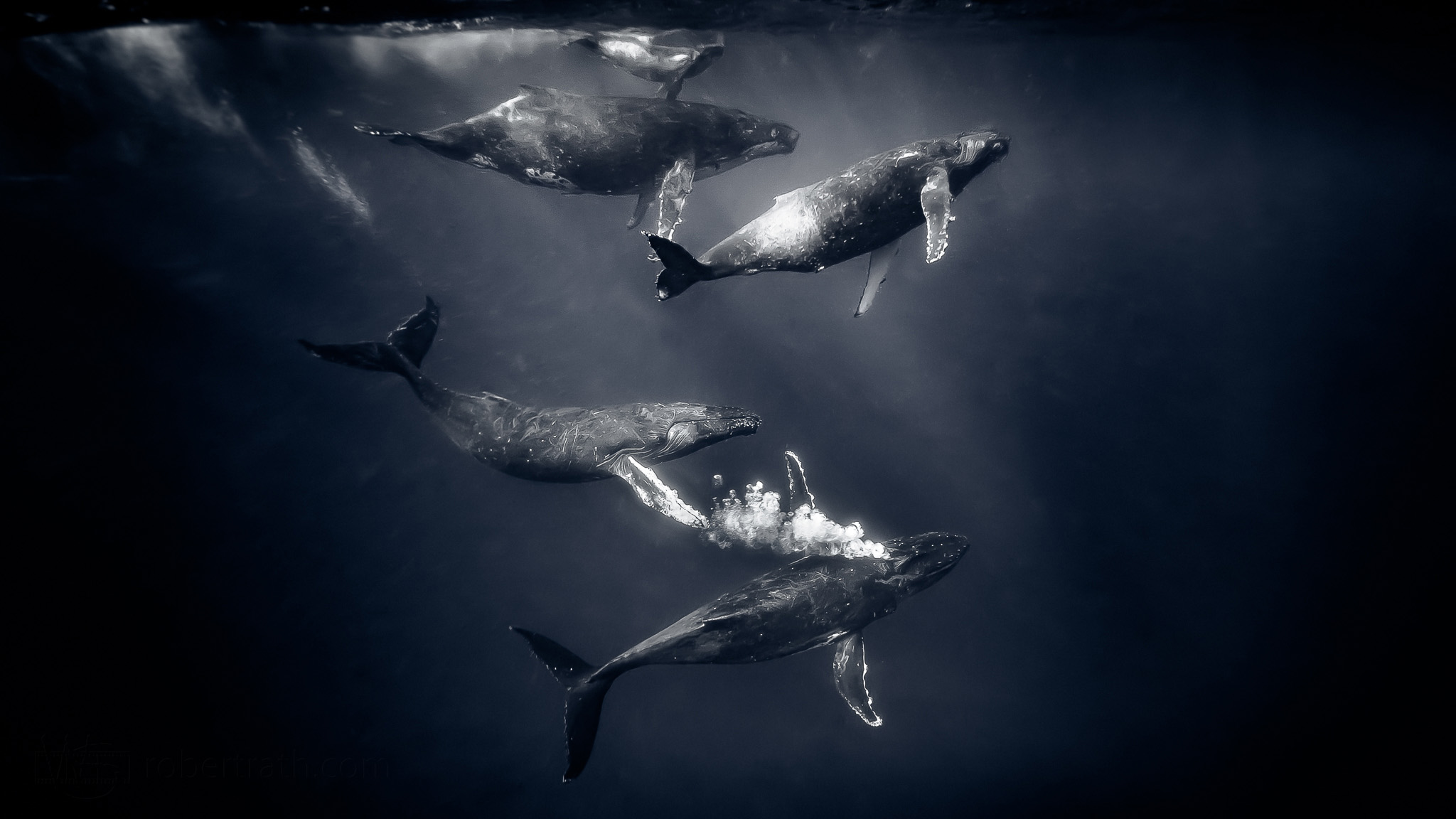 The the big male far below me had already started blowing bubbles on his last descent. As his stream of bubbles ascended from below it expanded and divided over and over like some roiling cauldron until the ocean became a sea of bubbles telling of his progress far beneath me.

As I watched all five whales had aligned in a column from the big bubble blowing male below through to the week old calf at the surface. It was an awesome sight to see these beautiful creatures come together this way.

As had happened many timea before, I expected the group to pick up just a little speed to leave us behind. This is the normal behavior for male escorts, a mix of dominance and protection for the mother and calf. This time however something unexpected happened.

The mother and calf continued gently on their way while the other three turned towards the surface. As we swam and the three big whales rose it seemed like they were intent on a collision while all the while the big male’s bubbles seemed to blow harder and more violently. They all rose together directly underneath us enveloping us in foaming white-water and completely obscuring our vision. Amidst all the bubbles and confusion three large bodies surface just in front of us with tail flukes in our faces. Despite the showy ascent, all three broke the surface gently, arched their backs and gently slid back down away from us into the depths below.

What a show! Perhaps it was their way of saying we had overstayed our welcome, perhaps they were just having fun with us. Regardless we decided to leave them on their way.