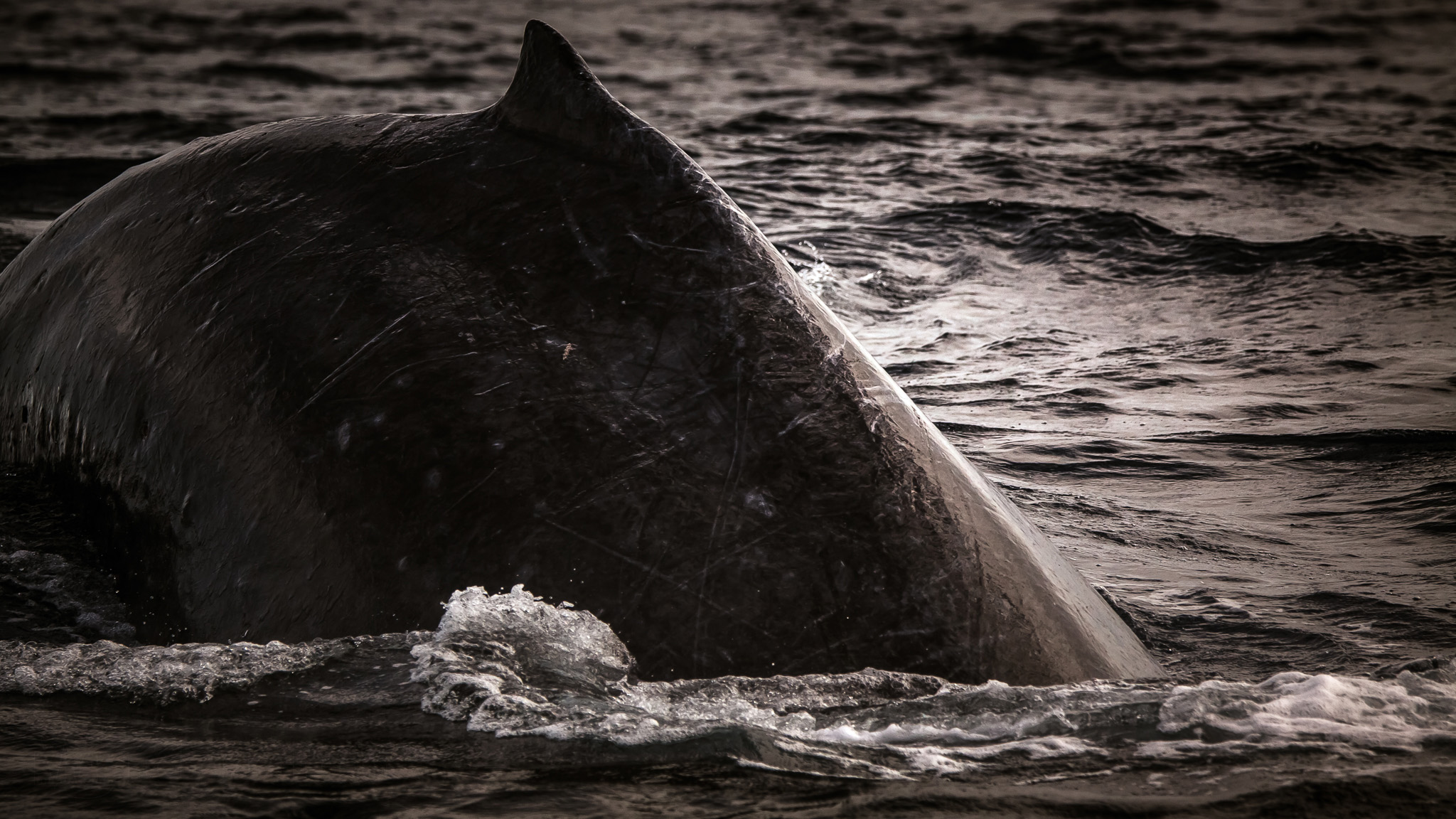 A tiny fin breaks the surface as the waves all around flatten in a way that disquiets the soul. Below a dark shape looms beneath the oddly stilled water.

Without warning the tiny fin rises to becomes a massive black life-scarred body. Larger and larger until my vision is filled by an animal that could drown us all in an idle gesture.

Then in the gentlest of movements the leviathan arches to dive. Its massive body flowing up and over and down back into the depths again.