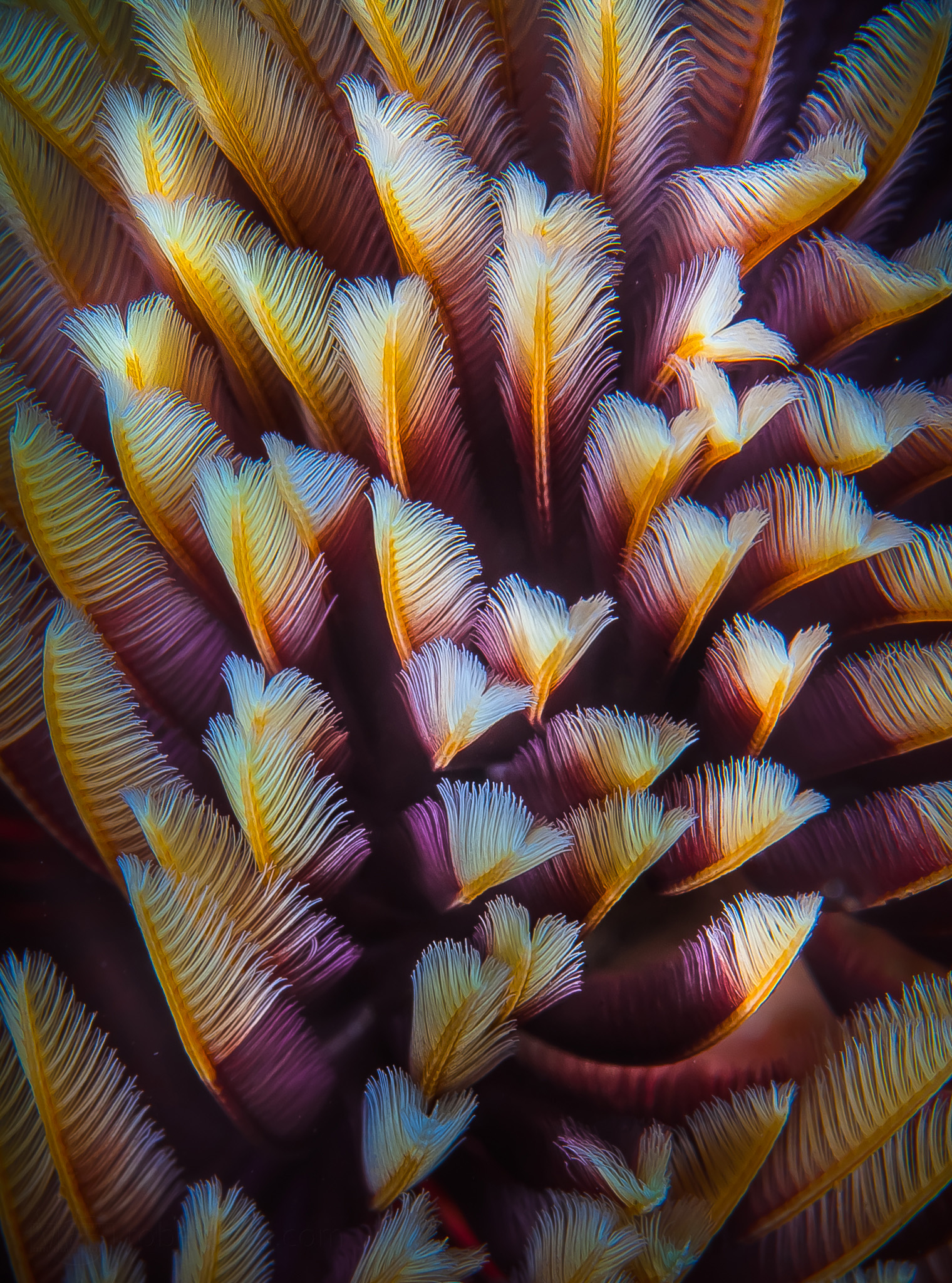 The evening star and a waxing crescent moon shone down on the water as we slipped below the surface. To the fishers on Rapid Bay jetty above it must have seemed like some mini apocalypse with our dive lights blazing and strobes firing. To the critters we were diving with most seemed unperturbed by our roving light show though I’m sure we were asked once or twice to turn our lights down or stop shining them in faces!

Despite the lovely conditions we did not see much variety in critter life so it was a dive to mostly enjoy being underwater again. Hopefully just the first of many for 2017.

One critter I always like seeing and photographing is this feathery looking thing. It is actually a worm called the Southern fan worm Sabellastarte australiensis. As those soft feathery appendages wash around in the current and surge you can never be sure just what the camera might capture the instant those strobes fire.

One thought on “Aquatic Feathers”