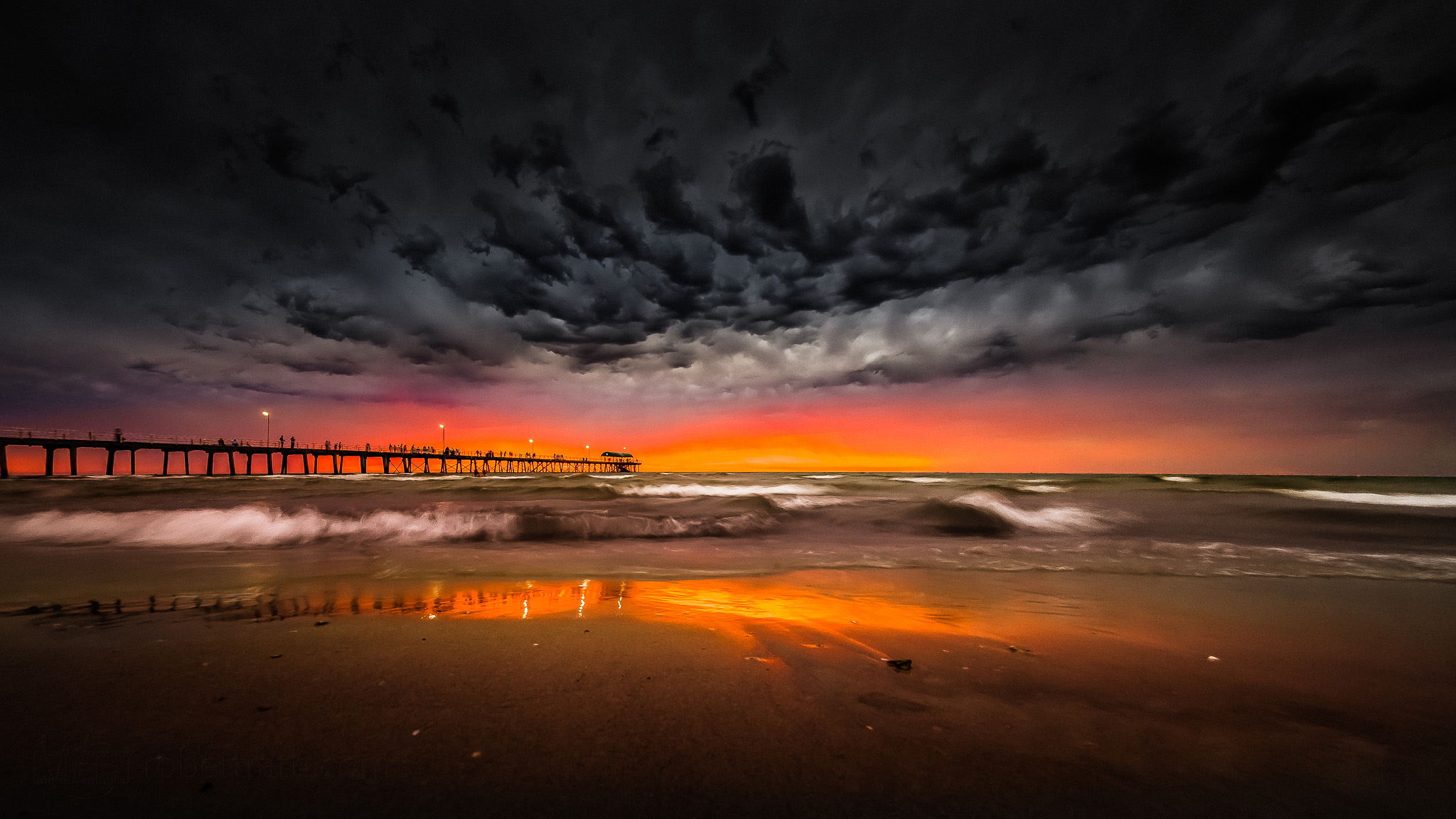 Three days in a row with temperatures over 40 degreesC had taken their toll and despite the ominous clouds and the expectant change people flocked to the beaches in droves to escape the saturated heat of the suburbs.

When I got down to Henley beach around 8 pm this evening the sky was a sullen blue grey, the sun long obscured by the clouds of the coming change. No one expected what was about to take place on the seaward horizon.

About 30 minutes later a reddish glow began creeping into the distance. Deeper and deeper those oranges and reds grew as they filled the western sky, reflected in the salty wet sand and filled the Henley Beach foreshore with its golden amber glow.

People stopped what they were doing, they stared, they whispered to each other. Some took photos with their phones.

For the next 20 minutes the western horizon glowed as if lit by some unseen fire before it sank back down to a distant thin red line on the ocean before fading once again to grey.

So happy I turned up tonight for such an unexpected and beautiful evening gift.