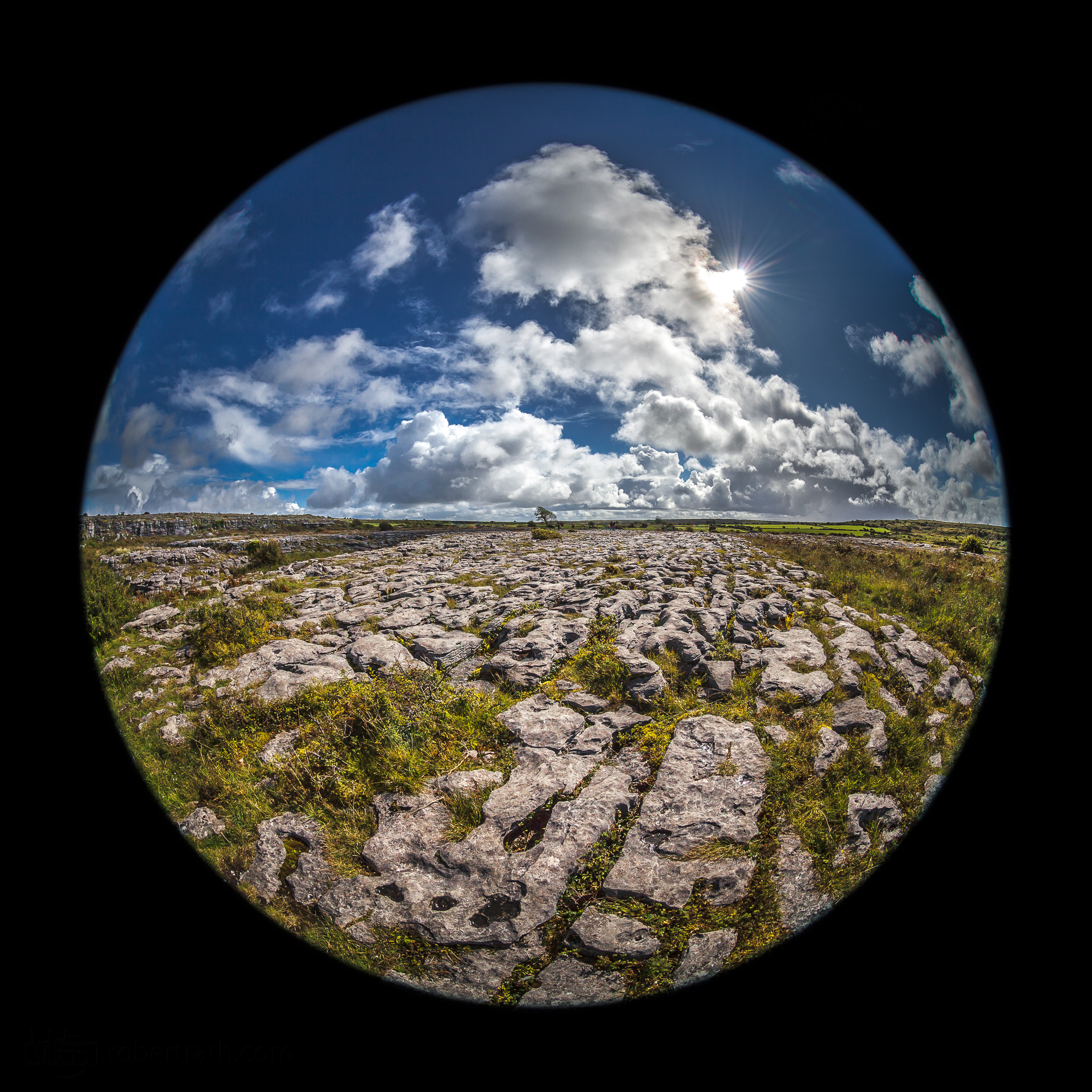 There is region in County Clare called the Burren which has a feel about it hard to describe, perhaps even other worldly.

Much of the region is covered with a vast landscape of cracked sandstone which in the distance gives a feel of barrenness but up close is an intricate patchwork of micro ecosystems and full of life.

Far in the distance in this other worldly view lies Poulnabrone Dolman, a 5600 year old tomb which has now become one of the most photographed megalithic monuments in Ireland. Such a fitting resting place for the ancient souls which inhabit this place.

A long time ago on a planet far far away, time and space split and the Burren has remained untouched while the world around it pursues its relentless process.