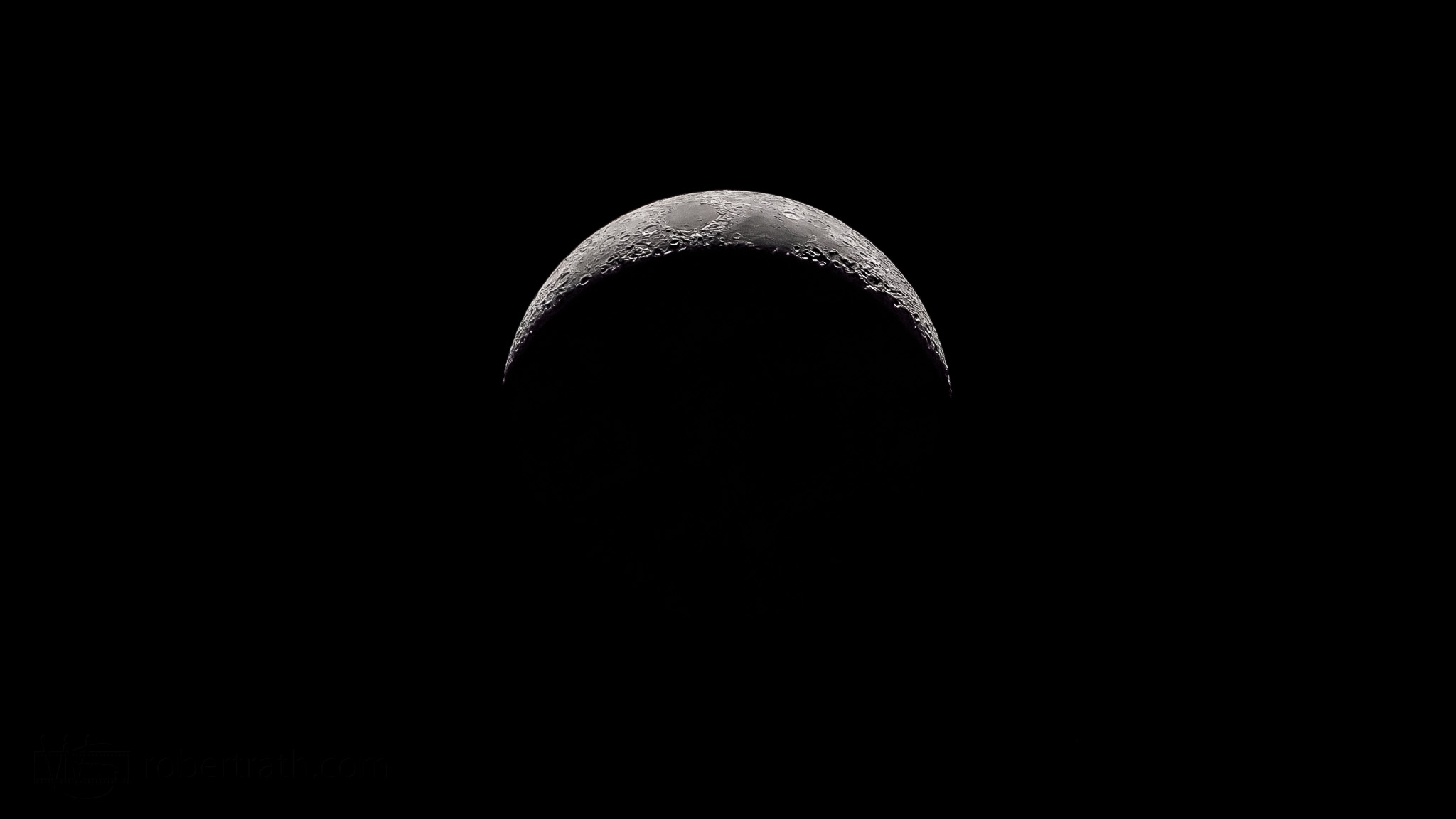 In the early evening sky tonight, while the sky was still blue and devoid of stars, a waning crescent moon sank towards the western horizon.

I was not even sure I could set up the camera due to a recent injury I am recovering from but with a little perseverance and not too much pain I was able to setup and capture sequence before the moon disappeared behind my neighbour’s roof.

From a technical perspective the sequence was a failure. Even though I captured more than 180 images it was impossible to register and stack them due to the low angle in the sky and the visual distortion of the atmosphere. In the end I gave up and selected a single image.

So now another new challenge on my list for the future is now how to get a really good capture of a thin crescent moon. … Until next time …