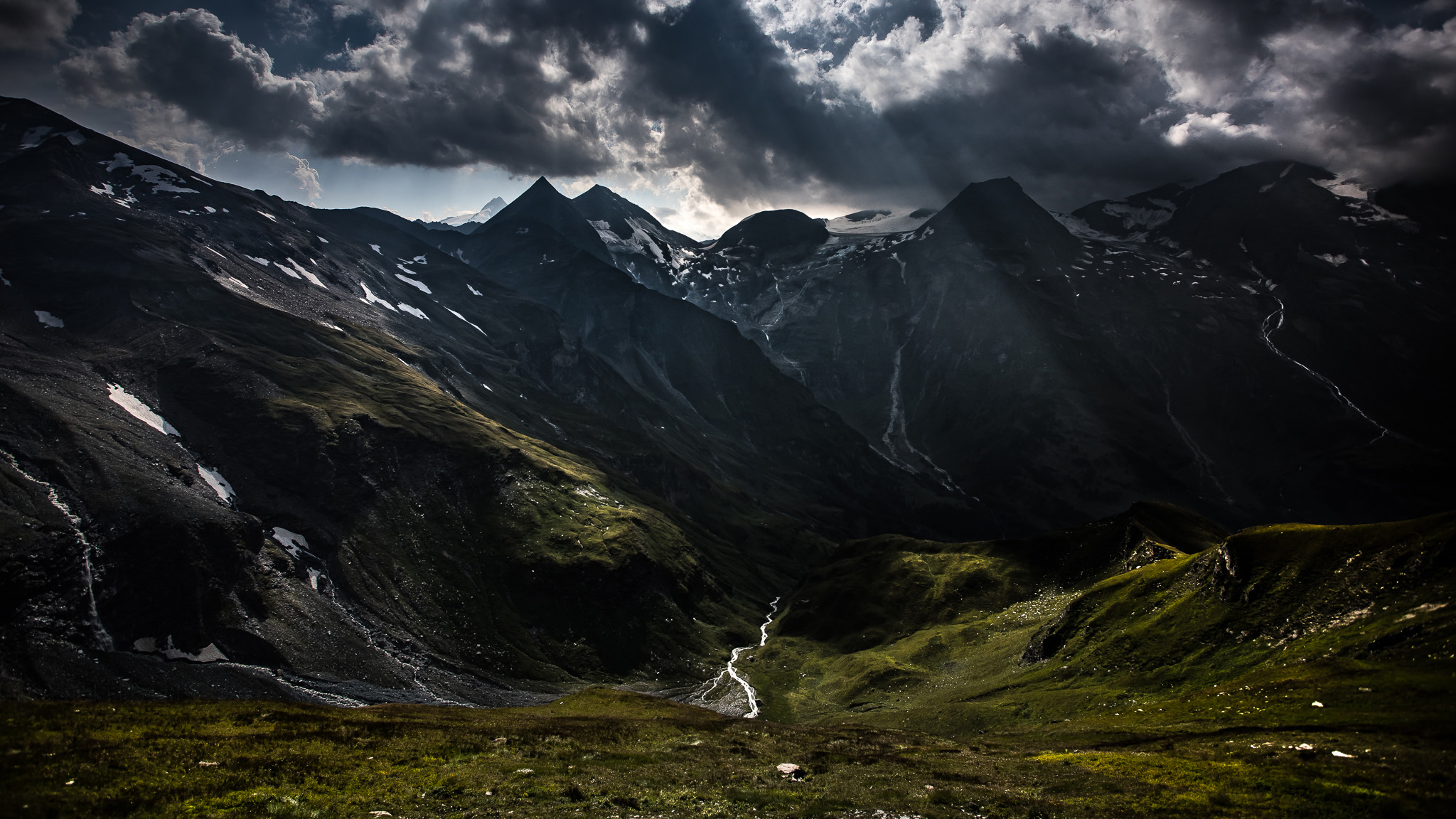 In the deep alps of Austria, lies her heart, the peak of Großglockner, Austria’s highest mountain.

As mountains go it might be dwarfed on paper by 58 higher peaks scattered throughout the alps but in absolute prominence relative to the surrounding terrain it stands only second to France’s Mount Blanc.

In the heatwave of a 30+ degree Austrian summer the mountains have taken on an otherworldly appearance where velvety alpine heather reaches up into dark grey scree punctuated with resilient ice from previous winters.

Grand by any measure.

4 thoughts on “Grand By Any Measure”