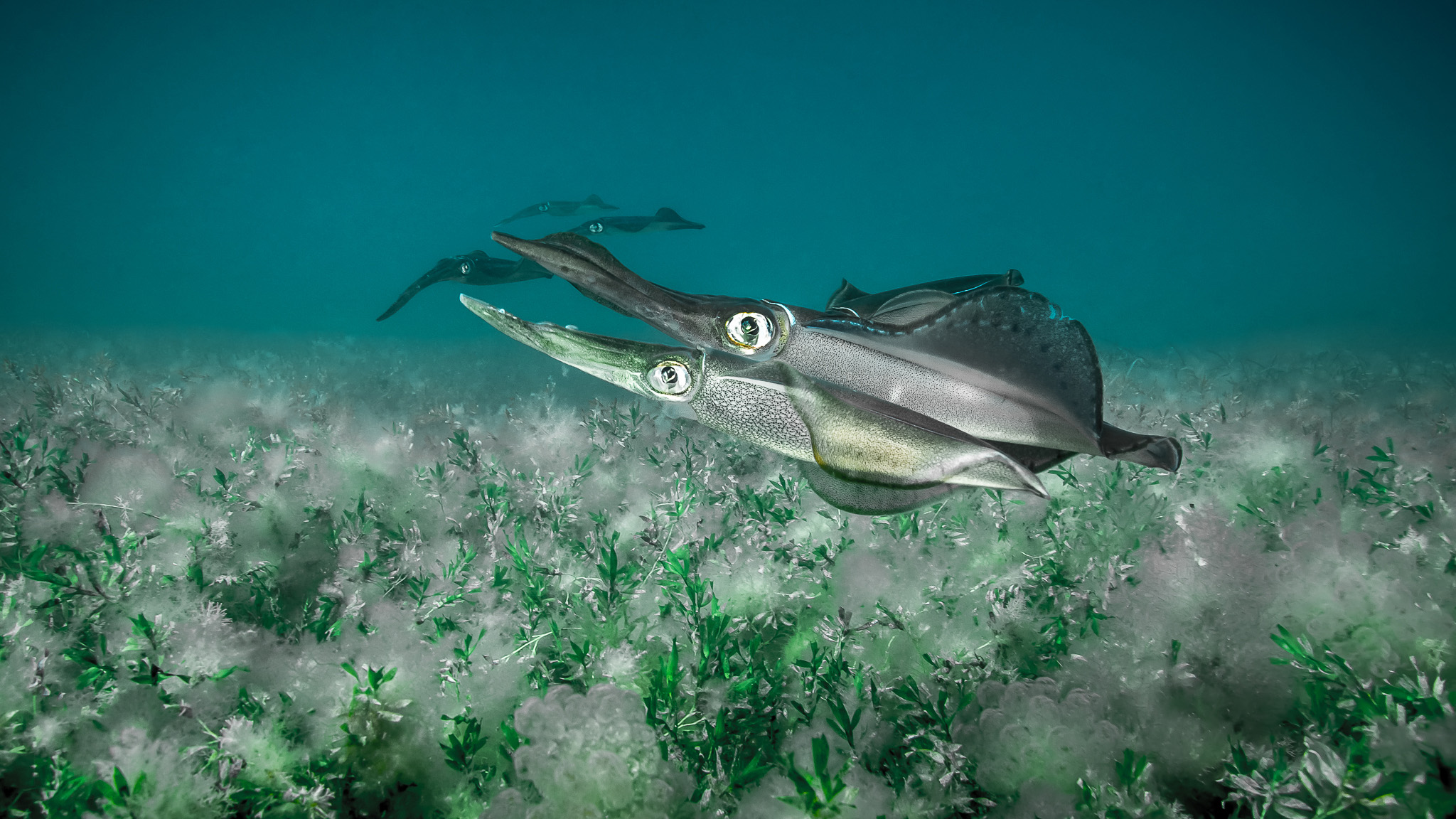 Rapid Bay was a delight today with almost millpond seas, sunshine and blue skies. Even the water looked clear as we gazed out from the car park and began putting together our gear. A short while later we descended in the cold clear water under Rapid Bay Jetty.

We found our first young leafy seadragon a short while into the dive out in the sea grass. We had been told there were quite a few young adults around which was lovely to hear though we only found the one before heading on and out to the old jetty.

Then we found the squid, or perhaps they found us. Far out in the seagrass away from the jetties, the fishers and their squid jags, we came on a school of nearly 50 squid spread out over 20 square meters.

At first they were flighty as is typical for swimming squid but as we settled down into the grass they became curious enough to come over to us for a mutually beneficial closer look.

How amazingly crazy they look with their large bright eyes and those flapping wings. They seem to move in ways that bear no correlation to their body movements like backwards moonwalking through water.

We stayed with these curious calamari until the cold drove us to swim off to warm up again. Perhaps they will still be there next time.