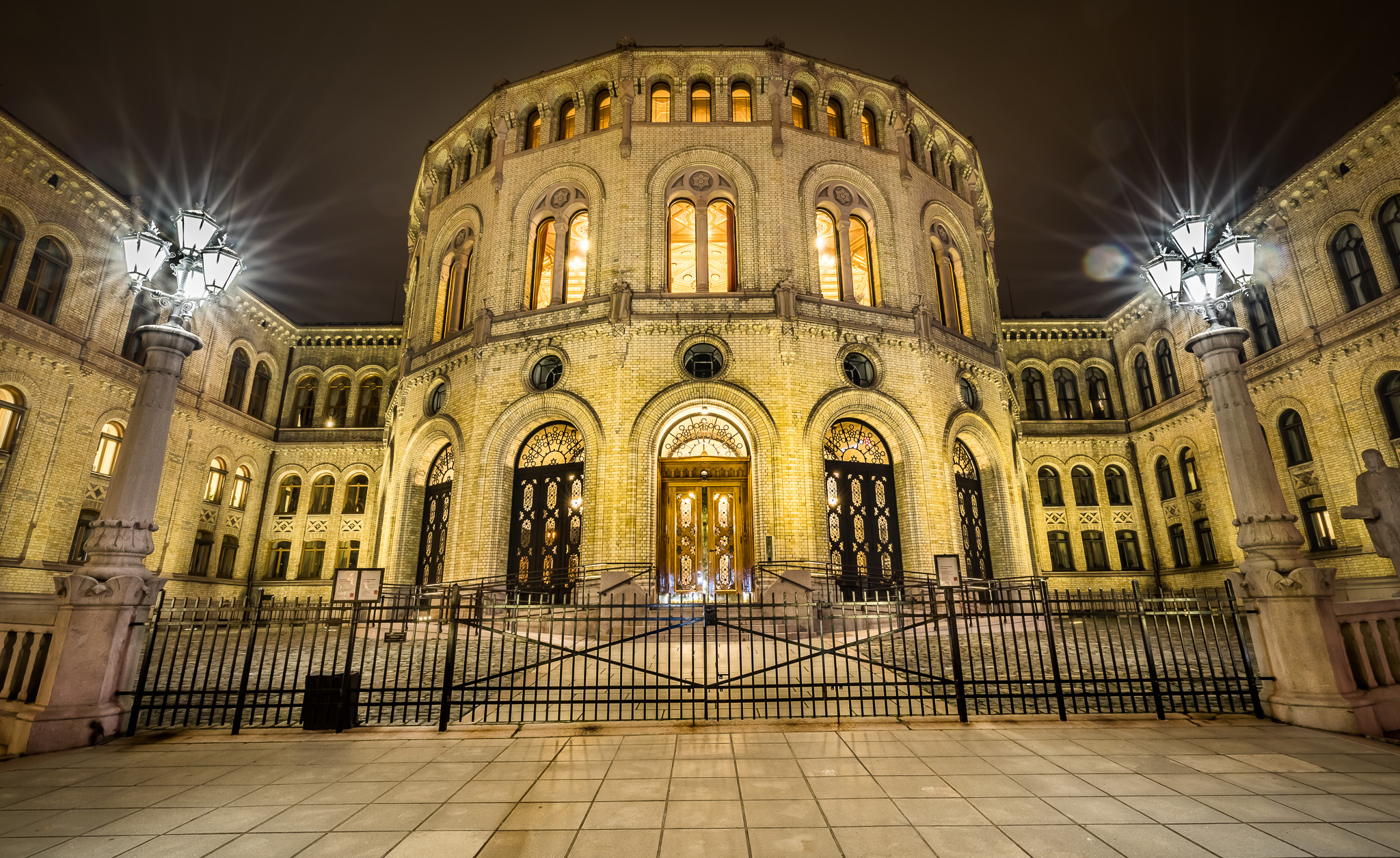 ‘Stortinget’, in the centre of Oslo, is an intimidatingly grand building and well deserving of a captured image during my meanderings through this beautiful city.

Had I been here during the day, and more specifically, on a Saturday, I might have had the chance of a guided tour if I was one of the first 30 people to wait in line. Other than that the only way to see the inside of the The Norwegian Parliament, the centre of political power in Norway, would be to become a Norwegian citizen and get elected to office.

This time around, just capturing its beautiful night time grandeur will be enough.