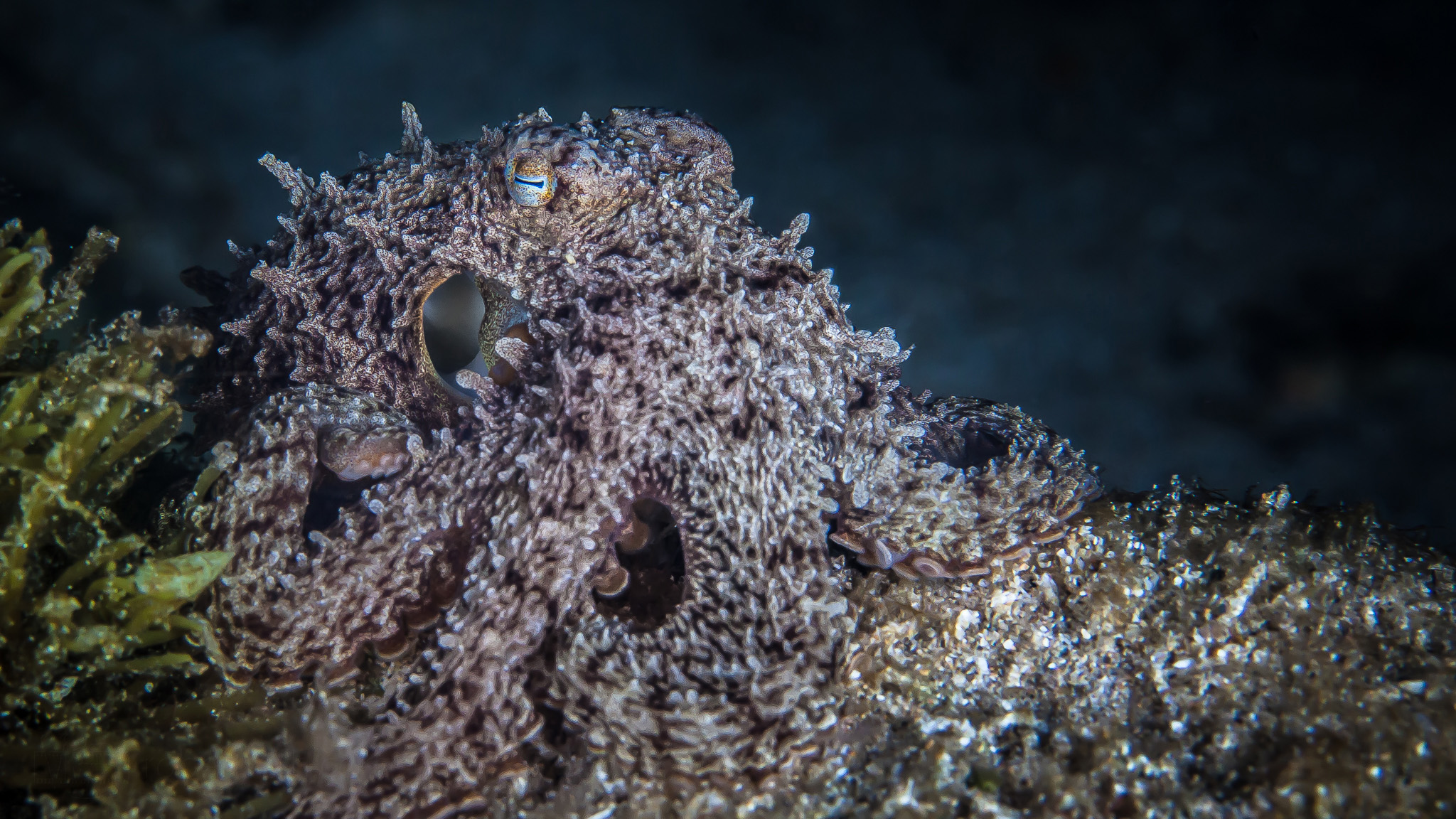 It’s 11:00pm and most of the sleepy seaside town of Edithburgh has retired for the evening. Meanwhile I make some final adjustments to my new manual focus gear and then head down to the jetty.

It was only going to be a short dive with a tiny eight litre scuba cylinder. One and a half hour later I surface from an amazing undersea world only to be greeted by a dark sky blazing with stars.

I am always surprised when I dive here at night and this night was no different having had encounters with four different species of octopus. A first for me.

This guy, a gloomy octopus was sitting on a rock literally where I descended to the sandy bottom. At first I just looked at the rock thinking something is not right about that rock. Then slowly the hidden form began to take shape in my mind for what it really was.

I sat and watched for a while, the octopus watched me back. Eventually, getting a little nervous it started to change colour, becoming prickly in appearance and finally getting up on its tentacles before skulking off trying not to be noticed.

And this was only the beginning of my octopus odyssey. Later during the dive I spotted a few keeled octopus, sand octopus and even a couple deadly blue ring octopus.

There were a few other surprises for me on this night dive but I will leave them for another time but I will finish with my thoughts on manual focus gear for macro; ‘it roctopusses’!