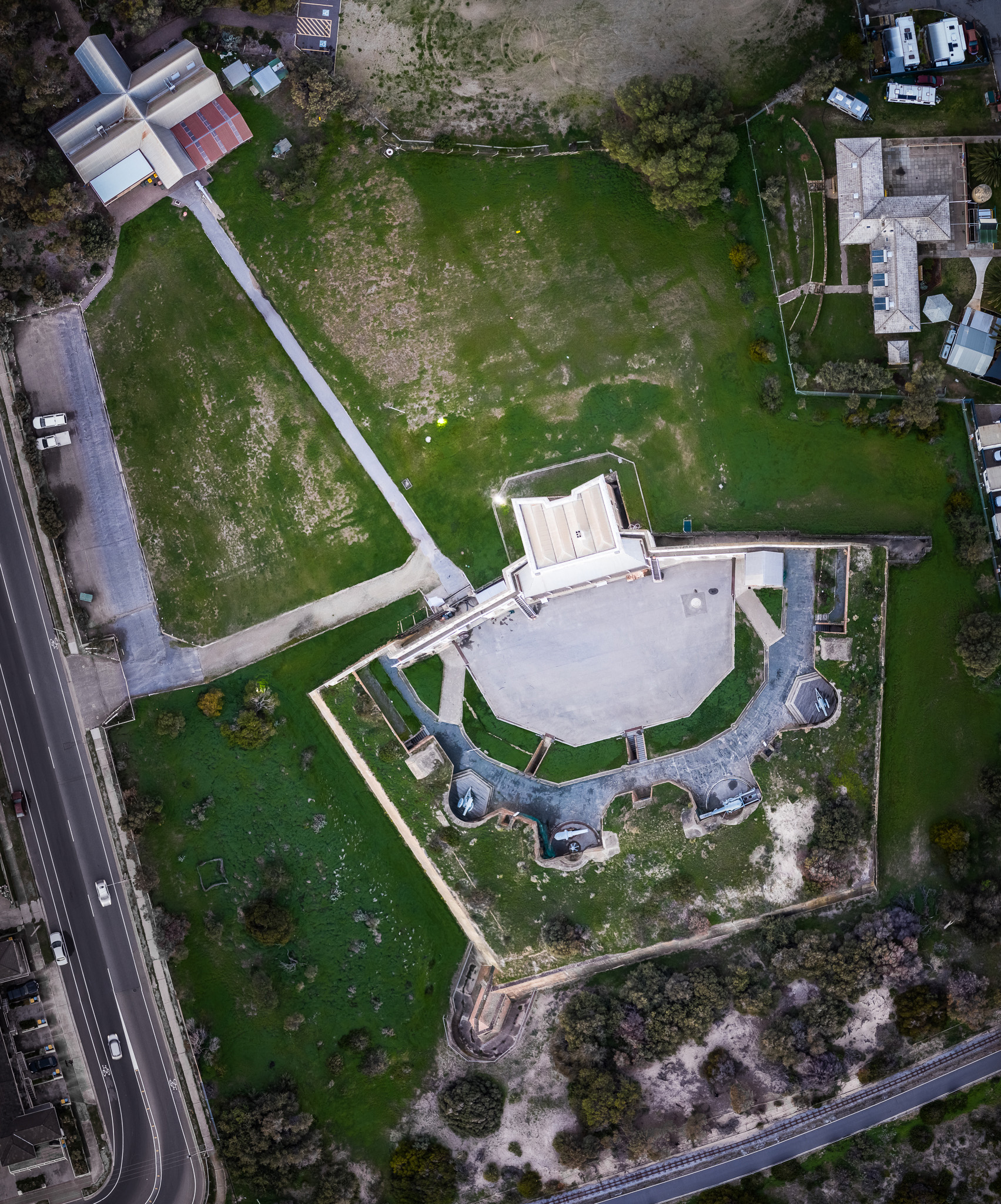 Fort Glanville, tucked away in a little coastal corner of Adelaide, is like a preserved snapshot of South Australia’s 19th century colonial heritage.

Built in 1880, you can still see the original armaments, intact, and reportedly still operational. Never actually used, its very reason for being is a story unto itself.

I have driven past here countless times and never stepped foot inside the grounds. This image captured from a privilege vantage point is really my first glimpse into this part of South Australian history.

I wanted to capture how this island of history holds to its past amid the suburban landscape of roads, homes, holiday parks and progress. Both hiding in place sight and becoming lost in time.

Note: This image has been created from a panoramic grid of multiple horizontal positions above the fort providing both scale and detail without having to go to high.